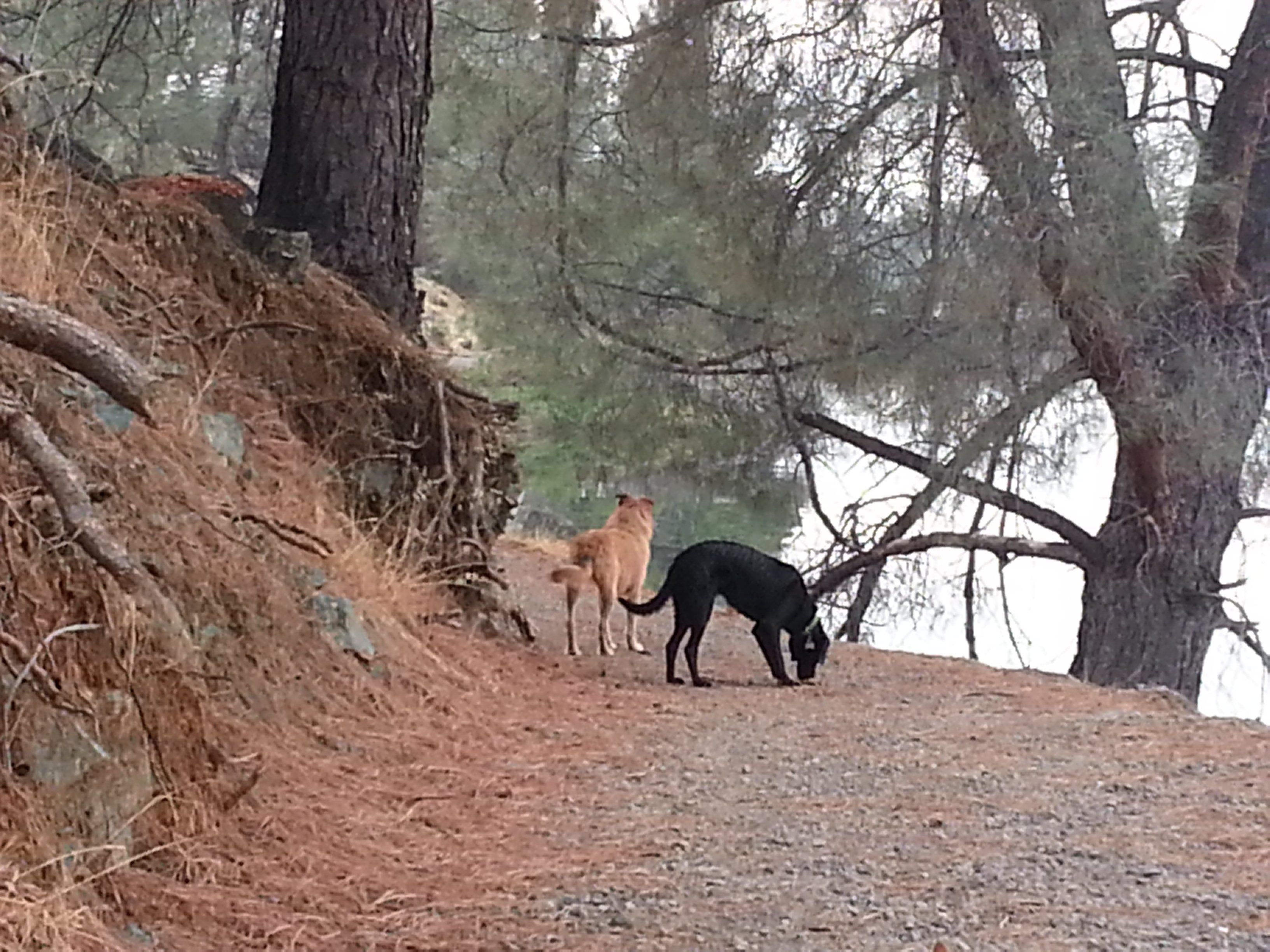 It never fails to surprise and amaze me: we were hiking recently along on a trail where we haven’t been for months and months and Otto stopped suddenly and started scanning a certain tree. The other dogs paused for a second, too, taking their cues from Otto, as if to say, “What’s up, guy?” And then, just as quickly, they moved on, even as Otto stood transfixed, sniffing the air and scrutinizing that tree – the one where he came closer than he did before or has since to catching a squirrel. Obviously, that close call with the squirrel was not as significant for me as it was for Otto, but when he stops and clearly remembers that place and looks for signs of other potentially catchable squirrels, of course, then I remember, too.

And it’s obvious to me that he does remember that moment, because clearly he’s seensquirrels in countless places, and chased them in dozens of places. But only in that one place did he catch a squirrel so unaware, running up so swiftly behind it, that it caught a glimpse of Otto and sprang for the tree with only inches to spare. Otto could practically feel the squirrel’s tail hair on his nose. And then, of course, it clung to the tree above him, chattering and chirping with alarm and, perhaps, squirrel verbal abuse, and knocking bits of bark down around him. A dog remembers that sort of stuff; I don’t, until Otto stops and stares at the tree where it all happened one day, at least three years ago.

There is one other place that Otto always remembers, where we once startled a veritable herd of deer, at least 20 of them, early one morning. The herd took off bouncing and leaping through the brush and across a ravine; we were on one side of it, and they crossed the creek and bounded up the other side. He had started to chase them and I called him back; then, when they were all out of sight, I let him run down into the ravine and fill his nose with their scent. It must have been very powerful – perhaps the whole herd had been sleeping there – and he spent a long time running back and forth in the ravine, sniffing. Every time we walk down the dirt road that leads to that ravine, he will at some point stop trotting and slow to a walk, and the closer we get to the spot where we saw all the deer, the slower he will walk until he is stalking, one paw at a time, while scanning the ravine and lifting his nose for any deer scent.

Of course, our dogs remember our friends’ and relatives’ houses, and going to the vet, groomer, boarding kennel, daycare, or dog park. In some of these places, they exhibit behavior that looks fearful or apprehension, and in some of these places they exhibit what looks like joyful anticipation. I suppose that behavior experts would say that it’s simply that they have formed positive or negative associations with things that happened to them, and have expectations that the similar positive or negative things might happen to them again in those places. I think those things are true – but I’m also certain that Otto remembers that squirrel, and the sensation of its tail hair on his nose, and the way it rained down tree bark and abuse on him.

Do your dogs remember certain places or events?