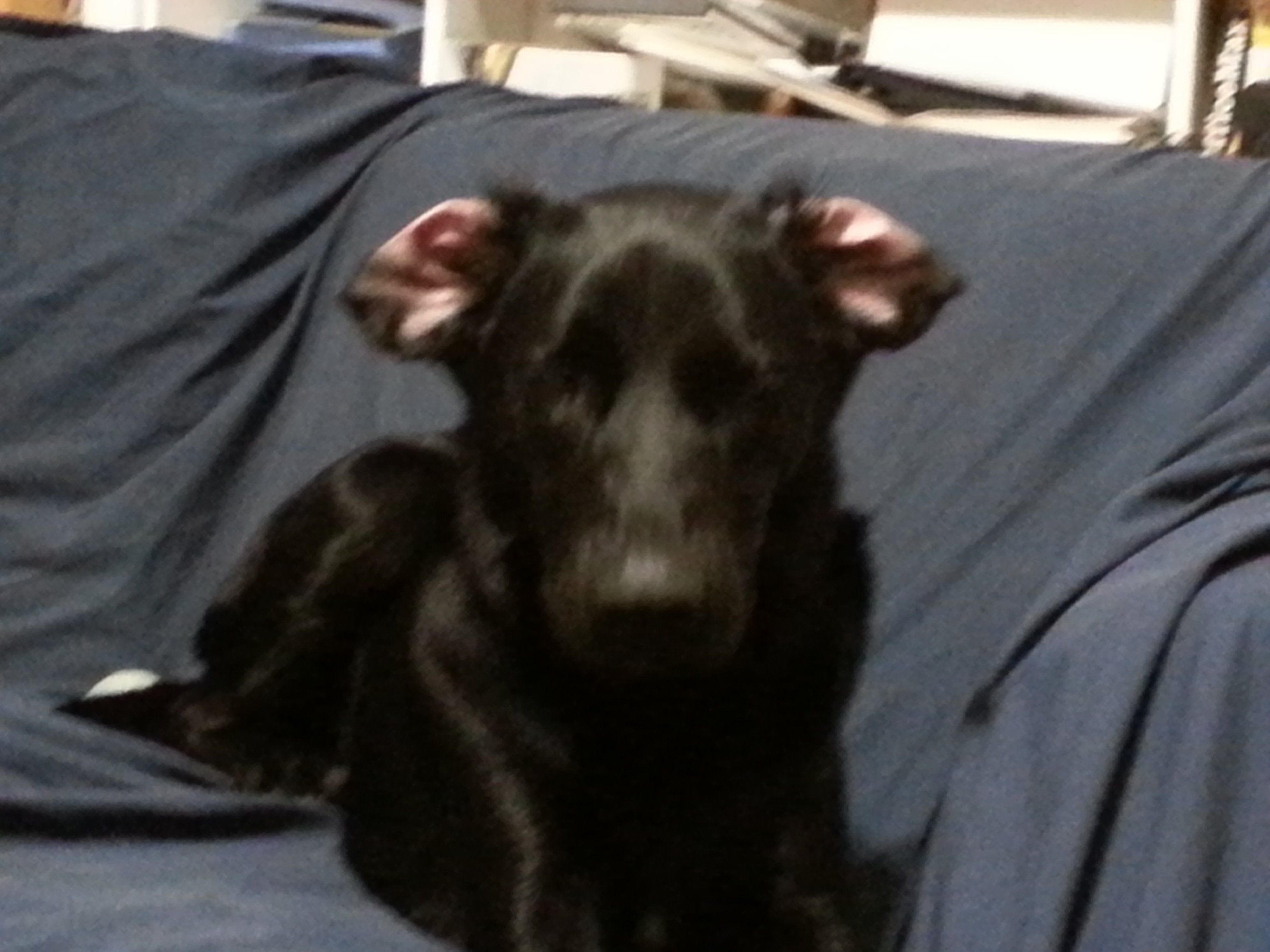 My old Border Collie Rupert used to herd in his sleep. Which was funny, because he was a failed sheepdog who never showed a sign of wanting to herd any animal when he was awake. But when he dreamed, his ankles flexed in a galloping rhythm and his lips curled and his eyes rolled around as he herded sheep. I’m sure of it.

Do dogs dream? And if so, do they dream about what it looks like they dream about? I am not aware if there has ever been a brain-wave researcher with enough time and funding on his hands as to try to determine if dogs really do dream, but I hope so. And why do all dogs seem to have different dreaming recurrent themes, much as we do?

Rupe always seemed to be dreaming about running and dodging about. Otto has much more stressful guarding/fighting dreams. He growls and woofs and makes very fearsome snarling faces, and sometimes, immediately after a bout of sleep-growling, he’ll whimper and yelp as if hurt or scared, and wake up with a start. He will then immediately look somewhat embarrassed. It’s exactly that, “Oh man, did I just have the scariest dream!” look.

Do Dogs Have Nightmares?

But this is the cutest thing, and why I was finally inspired to write this blog: Cole, my son’s almost one-year-old coonhound-mix puppy, wags his tail in his sleep. And he had a big, long, thumpy coonhound tail, which is what has alerted me to this phenomenon. At least five times in the past couple of weeks as I’ve been dog-sitting my son’s dog, I’ve been working at my computer when I heard a loud “Thump thump thump thump” behind me, and when I turned to see what was making the noise, there is Cole, sound asleep, with his tail wagging up a storm. His eyes are twitching in REM sleep, and he has twitchy muscles elsewhere, but mostly, that tail is going. I have tried and cannot ever seem to get the video camera on my phone going in time to capture this – my chair squeaks as I turn to reach for it or something, and he wakes up – so you are going to have to trust me when I say it’s about the cutest thing ever. He’s a sweet, sweet, easygoing guy, very mellow and fun-loving, and it totally fits that if he’s having dreams, he’s wagging his tail in them. I just wish I could capture it on video.

Do your dogs dream, do you think? Do they seem to have recurring dreams?