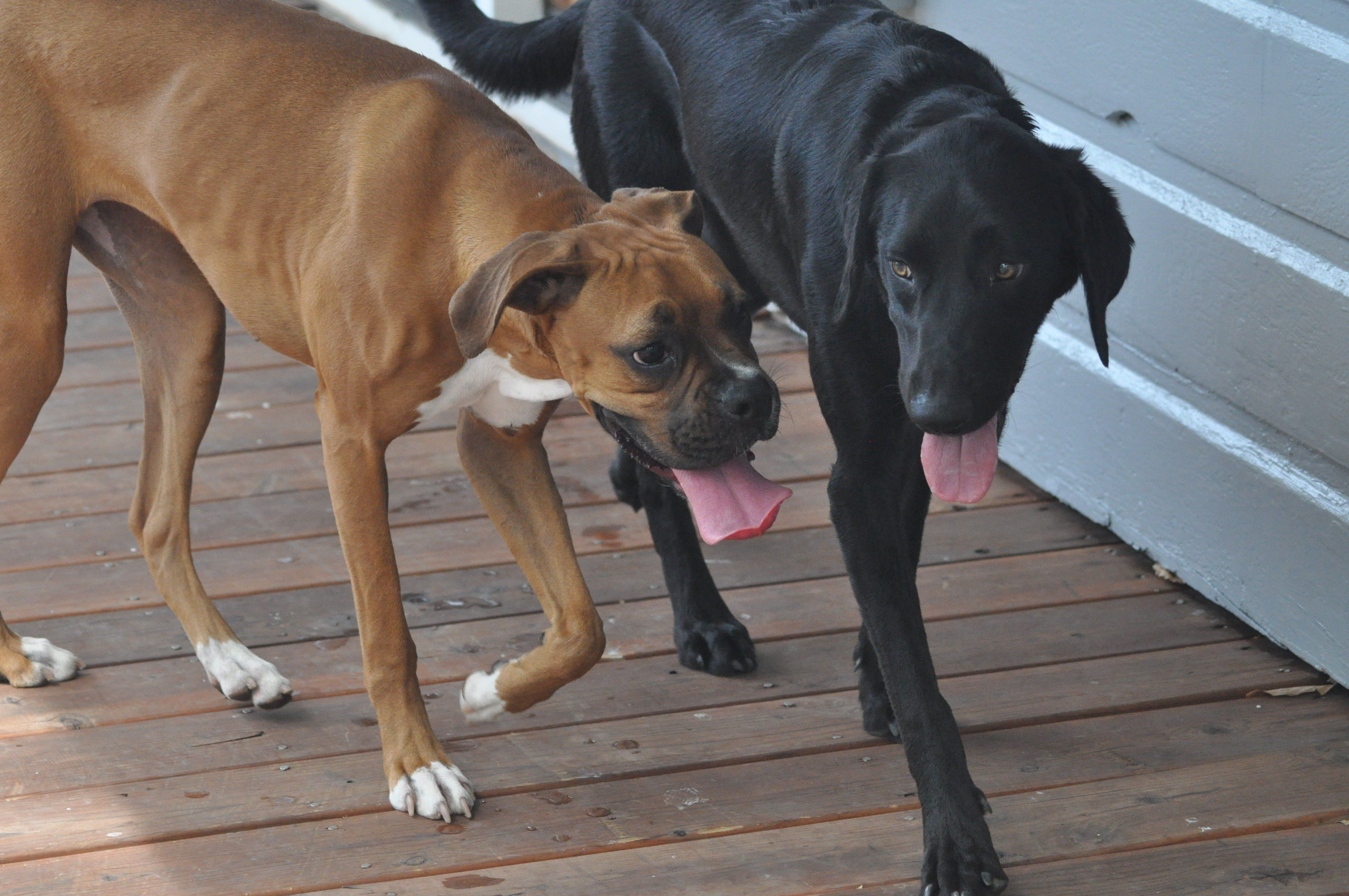 Is there anything as good as the perfect playmate for your young, playful dog? One who is about the same size and weight and has the same style of play as your dog?

I’m dog-sitting my son’s dog, Cole, for three whole weeks while he travels out of the country for his sport. Cole is a coonhound/Lab-mix, just about at the one-year mark – grown-up enough to not offend my now-seven-year-old Otto with his very presence on the planet, but young enough to still crave daily sessions of play. In preparation for his stay, I bought extra Tricky Treat balls (by Omega Paw, love these) for him to bat around, as well as extra raw bones. Plus I’ve been taking all the dogs (my big mixed-breed dog Otto, Chihuahua-mix Tito, and Cole) out for off-leash runs and swimming sessions in the river – anything to try to tire him out and keep him well-behaved and out of trouble (that is, out of the chicken pen, out of my raised beds in the garden, out of the neighbors’ hearing range, etc.).

But absolutely nothing trumps the entertainment value of playing with another young dog – and Cole hit the jackpot today. My husband and I rent rooms in the house where I have my office (two blocks away from our home) to students who attend a local trade school. There is a new term every four months, and today some new students arrived. One young man was accompanied by his older brother, who had attended the same school a few years ago and who brought his 11-month-old female Boxer along for the car ride. I asked whether the dog could play with Cole, and the Boxer’s owner said that would be great – and for the next two hours, the young dogs played, and played, and played.

Both young dogs enjoyed racing around the backyard, chasing each other up and down the stairs to the back porch, and wrestling on the porch sofa with toys. They grabbed each other’s legs, chewed each other’s necks, and threw themselves on top of and underneath each other in total joy, and with total comfort with each other. Neither dog was overwhelming to the other one, neither one was afraid of the other; it was as if they were raised together since they were puppies. It was a warm day, and their tongues were soon dragging, so I took the opportunity to hose off the dusty porch, and both dogs enjoyed running through the spray, which helped keep them cooler. It was a beautiful thing to see. And more beautiful yet: since they left, Cole has been sound asleep for about four hours. I’m not sure he’s going to move until tomorrow. If only that dog lived close by!