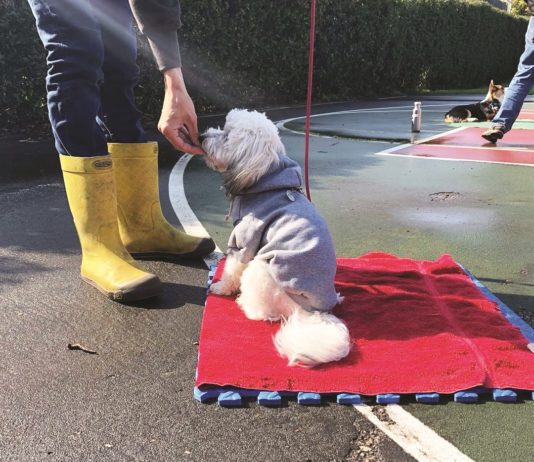 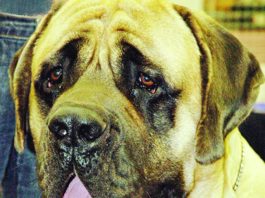 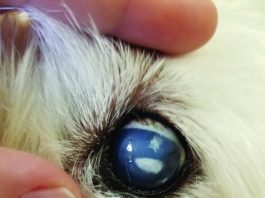 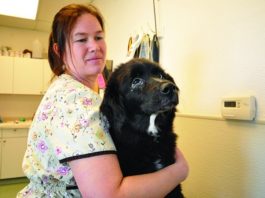 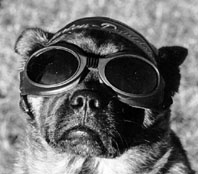 Structure of the Canine Eye 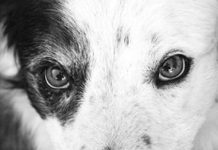 Older Dogs and the Onset of Cataracts

Eye Disorders CJ Puotinen
3
Cataracts make the lens of the eye opaque or cloudy, which gradually reduces vision to the point of blindness. In their early stages, cataracts cause blurring and distortion of vision, but they are invisible to the naked eye. By the time most owners notice them, cataracts involve more than 60 percent of the dog's eye. Cataracts often accompany other illnesses, such as diabetes and hypothyroidism (low thyroid function). Surgery performed by a veterinary ophthalmologist is the only treatment considered effective in conventional veterinary medicine  and is indicated only in cases where the cataracts are not a result of a secondary disease such as diabetes.