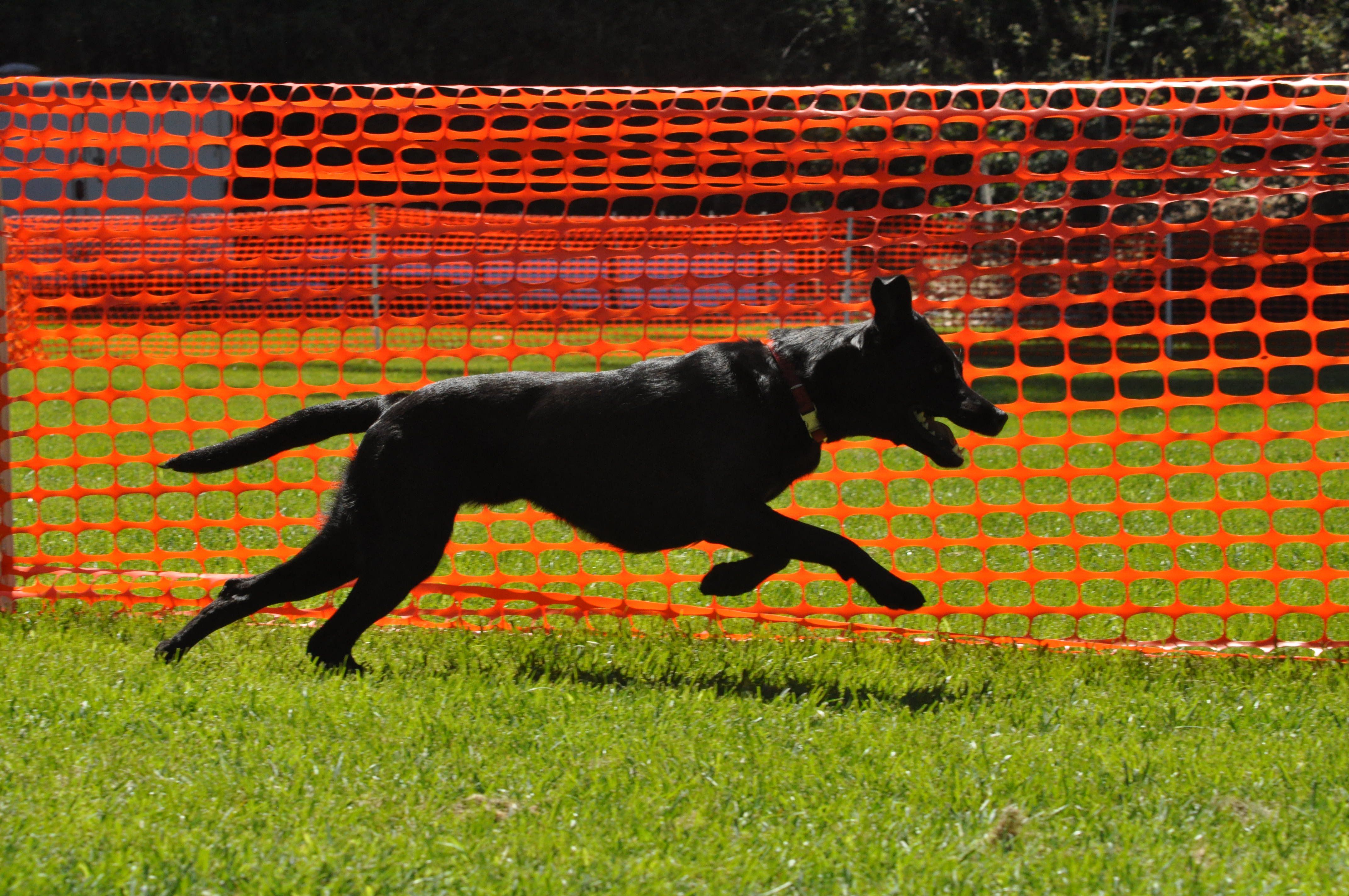 I virtually “met” Sandi Pensinger a few years ago, when WDJ Training Editor Pat Miller wrote an article for the April 2011 issue about the sport of Treibball – it’s a herding-type sport played with large exercise balls on a large grass field; you direct your dog into herding (pushing) them into soccer goals. Sandi is a dog trainer from Capitola, California (next door to Santa Cruz); her business, Living With Dogs, offers group and private classes for puppy and dog training, and lots of fun dog sports, including Treibball. (She also produced a series of instructional DVDs about the Treibball, available from Dogwise.com.) Sandi provided a lot of photos of dogs of various sizes playing Treibball for our article (whole-dog-journal.com/issues/14_4/features/Treibball-Canine-Sport_20234-1.html).

I recently became aware that Sandi was offering classes — and more significantly for me, someone who lives about four hours away from her training location — monthly “fun” practices for another canine sport, lure coursing.

We also ran an article about lure coursing some years ago (whole-dog-journal.com/issues/12_9/features/Recreational-Dog-Racing-Lure-Coursing_16159-1.html) and I’ve been intrigued and interested in seeing a lure coursing event ever since. I still haven’t seen the real deal, but I did attend Sandi’s most recent fun practice event with Otto – and we had a blast!

“Real” lure coursing is different from our practice event in a number of ways; the fun practice is mainly meant to introduce people and dogs to the basic premise: a fleece or plastic bag lure is fastened to a small cable and is whisked around a course in an open field; dogs chase the lure as fast as they can. In the official version, dogs are scored for speed, agility, endurance, enthusiasm, and “following” (as opposed to taking short cuts across the field). There is also a time limit for the handler to get control of his dog at the end of the course.

Owners attended the “just for fun” practice event I went to for a number of reasons. Some, like me, seemed to be there just to see whether their dogs would chase the lure at all – and a few dogs didn’t! One little Labradoodle could not be less interested in the lure, but seemed to enjoy just walking around the field with her owners. Other people brought their dogs for the exercise. One German Wirehaired Pointer ran the course beautifully for one lap, and when the lure was stopped, just kept running and performed a second lap with no lure at all (he eventually had to be tackled to a halt, though). There was a young black Lab who wiggled and whined and was generally a bit inattentive and rowdy while waiting her turn, until her owner brought her out to the lure course. THEN she focused and ran like the wind after it! Her owner told me, “We’re hoping she learns to behave that appropriately in other settings in time, but for now, she loves this and sleeps well for a few days afterward, so . . .”

My dog Otto loves to chase rabbits and squirrels when he gets a chance, so I thought he might chase the lure; I was thrilled when he did on the very first try. I told the lure operator (Sandi’s husband) that Otto had never seen this before, so he kept the lure close enough to Otto to keep him interested all the way around the field – which, by the way, was fenced off so dogs who were entirely new to the sport couldn’t “shortcut” across the course; they had to follow the lure. On the first try, Otto sort of bounced and pounced toward the lure all the way around the course, trying to figure out what it was; he didn’t run flat out, because he could see it wasn’t a rabbit or other potential prey, but it was intriguing (and I was yelling “Get it! Get it!”). He was confused but game.

On our second turn, he took off faster, but when he started to take the first turn, I think the change in direction caused him to hear me yelling for the first time and, since we work on long-distance recalls, I think he thought I was calling him to come back. He looked over his shoulder toward me, back toward the lure, and then came running back to me. The operator reversed the lure so that as Otto sped toward me, the lure passed him, and as he approached me, I yelled, “Get it! Get it! Get it!” and he obligingly ran past me in pursuit of the lure in the new direction and ran that lap faster than the first.

A friend came with me and brought her iPad, so I have video of some of this. The video posted here is our third try. By now, Otto was figuring it out, and I told the operator to let Otto go for two laps if he was running well (so Otto wouldn’t think he was always supposed to just run one lap and then stop). He maintained his enthusiasm for both laps, although he did look a little wobbly legged for a minute after the anaerobic effort.

Am I going to take up the sport of lure coursing? No – but I’m definitely going to attend another fun practice session. It was a blast to try something completely different with my dog, particularly because I thought it was something he might enjoy, and to see how he would behave in a completely novel environment (surrounded by barking, excited, ramped-up dogs). He did great, and I was super proud of his focus on me and how well he listened and returned to me at the end – a great test of our relationship, which, of course, he passed with flying colors. I’m going to bring more friends and their dogs to the next practice session.

(If you live anywhere near the Central Coast of California, come check it out! livingwithdogs.us/#!lure-coursing/c1sps)