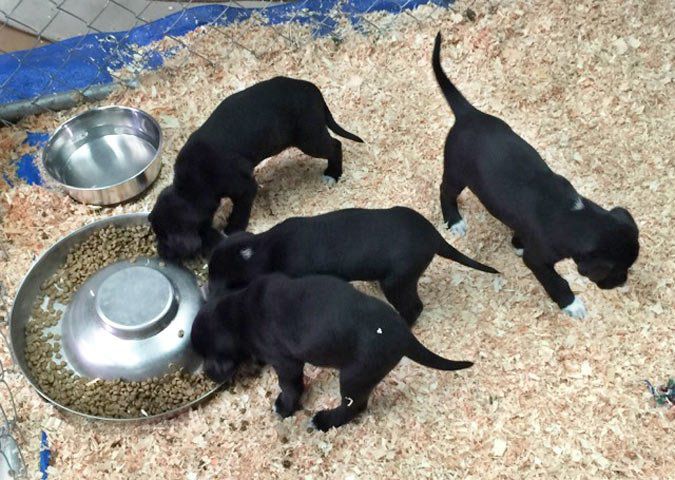 In last week’s blog post, I mentioned that puppies have no place being advertised on Craigslist or Facebook. Advertising one’s puppies for sale – oh, excuse me, I mean “for a rehoming fee” (give me a BREAK) – in these online forums is tantamount to telling the world you are a backyard breeder who will sell a puppy to anyone, anytime. Anyone who knows what they are doing wouldn’t ever buy a puppy advertised in this way.

That said, some breeders might belong to breed-rescue groups and breed-enthusiast groups who * are * on Facebook, and who * do * advertise on Craigslist. The difference is, they won’t be trying to sell puppies there, but are trying to connect with other people who admire their breed. They may promote an adult rescue dog on a page like that, or announce that a rescued litter is soon to become available to qualified applicants, but absolutely no legitimate rescue would offer to sell puppies to just anyone!

Responsible breeders are more concerned about placing their puppies in the right home, where they will thrive and be a blessing to their new families, than they are with making money. If it’s not a little bit difficult to find someone to sell you a puppy – to prove you are up to their standards – then you probably don’t want that puppy. Puppies bred specifically for sale, like produce, with the goal of bringing income to a family – you don’t want that puppy!

Why? Because profit-driven breeders are more interested in making a living than they are with making sure that the animals they produce are sound, healthy, and well-adjusted individuals that will bring joy and love to your home. They really don’t care if the puppies end up euthanized due to health or behavior problems before their first birthday. They don’t care if the dog turned out to be deaf or carries the genes for inherited conditions that will kill the dog before its fifth birthday. Profit-driven breeders have one goal: to improve their bottom line. The fact that their profits come at the expense of the mother dogs (for sure) and the puppies who are placed with anyone who can pony up the purchase price is of no concern to them.

Also, when you support profit-motivated breeders, you support the overproduction of unwanted dogs, the misery of the overworked mother dogs, and the suffering of surplus dogs. When you pay someone on Craigslist a “rehoming fee” for a pup from their “accidental litter,” you have provided a strong disincentive for that person to get the mother dog spayed. If the person who owns the mother dog can’t sell the “accidental puppies,” there is a far greater chance that pups will end up surrenders to a local shelter, where the law requires them to be vaccinated and neutered before they can be sold to the public. And at least THAT crop of “accidental puppies” won’t contribute to more and ever-more “accidental puppies” being born.

In contrast are responsible breeders. How do you identify a responsible breeder? Here is the hallmark: A responsible breeder has a written contract that states that if, for any reason whatsoever, you don’t like the puppy you buy or can’t keep the dog that puppy has grown into, the breeder will take the pup or dog back, without hesitation. In fact, the contract should insist that if you can’t keep the dog for any reason, you may not find another home for the dog, but must return the dog to the breeder. Good breeders don’t want their dogs to end up just anywhere. A truly responsible breeder will keep a list of people who want a dog from her stock, help a dog or puppy get past whatever led to his not fitting into his first family, and find another perfect home for him – or commit to keeping him forever.

How can you FIND a responsible breeder? Use Google. Look for breeders, check out their websites, call them up and ask them questions. Go to dog shows and/or performance events and ask everyone who has a dog of the breed you are interested in who you should talk to about puppies of that breed. Look up local breed-enthusiast groups and breed-rescue groups and ask everyone about the best way to get a puppy. Look for people who are super fussy about who they might consider placing a puppy or adult rescue dog with.

We have some great articles about how to find responsible breeders, and some articles that offer guidance on choosing the best dog or pup for your family:

A Field Guide to Ethical Breeders

Successful Dog Adoption, Part 2: What To Do at the Shelter

It’s true that there are far fewer responsible breeders or legitimate rescue groups who have puppies than there are families who want puppies. To which I say, TOUGH.

I understand that it is frustrating to have to WAIT to find a puppy to add to your family, especially in this day of being able to use the Internet to order a left-handed widget in red, not blue, and have it delivered to your home the next day. I understand that it would be nice to get that Poodle in apricot (your favorite color) and a female (because you grew up with a female Poodle), and between 8 and 12 weeks right at the beginning of your kids’ summer vacation (when the nanny will be available to help potty-train the pup before the kids go back to school in the fall) and I understand that you could probably find and pay for a dog that purportedly meets that description on the Internet right this minute. But PLEASE DO NOT.