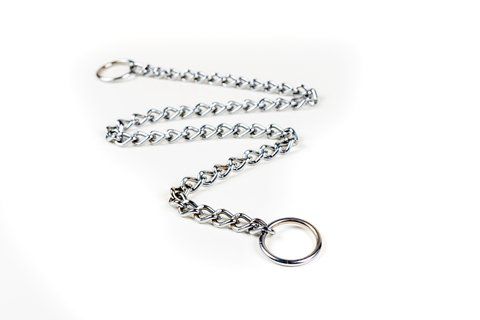 Last week, I was in Newport, Rhode Island, for my stepdaughter’s wedding. Beautiful town, nice weather, and my family and I were there a few days early, so we could help with little chores and get in some sightseeing, too.

My sister and I went for a walk among the mansions (“cottages,” they are called there) and along the way I saw a couple walking with an enormous Great Dane. As we got close, I could see that the dog was wearing a service dog vest with a handle on the back, and that the woman was using the dog for help with balance.

I asked if I could take the dog’s picture, and explained, as I always do, that I edit a dog magazine and love to take photos of any dog I come across, if allowed. The people smiled and agreed; they also said that lots of people ask to take the dog’s picture, because she’s so big and bold-looking. The dog, indeed, was boldly colored (with a Harlequin coat) but also, she was much more strongly built than many Danes I have seen. She was not just tall, but also had very thick leg bones and was as bulky as a Mastiff. When I remarked on this, the people explained that they had imported her from Russia, especially for her job as a service dog.

I posted a picture of the woman and her dog on WDJ’s Instagram account (@dogsofwholedogjournal) with the caption #servicedogsrock. And didn’t think about it again until a day or two later, when I saw that a couple of people had commented critically about the collar that the dog had been wearing: a choke chain.

I deleted the post, rather than have a debate start there. But I have been sort of fuming about this for days.

I did notice that the dog had been wearing a choke chain when I took the picture. I take pains to avoid using pictures of dogs who are wearing choke chains, pinch collars, or shock collars in Whole Dog Journal. I firmly believe that dogs can be trained without these tools, and I want to show our readers well-behaved, well-trained dogs wearing flat collars in the magazine. I want our models to, for the lack of a better word, “model” the kind of training that we promote.

I probably wouldn’t have posted the picture of just any dog wearing a choke chain on Instagram. But for me, the value of the service this dog was providing to the woman, and the obvious good relationship between them, outweighed the potentially negative note sent by the collar. I was super impressed by the team. Here was a woman who was able to walk on uneven streets in a gorgeous, historic place, enjoying the same experience as me, by virtue of the fact that her service dog was there for support and balance. As someone whose mental and emotional health is strongly tied to the walks I take with my dogs, I was moved nearly to tears by witnessing the partnership that allowed the woman to do exactly what I was doing.

Yes, the dog was wearing a choke chain, and the leash was attached to the chain – but the dog was walking quietly and calmly with a loose leash. I’m not sure the chain collar was needed, but I also could see that it might make the woman feel that she had a bit more control over the dog if needed. If the dog did grow animated or pull, it was clear that – probably with or without the chain collar – the woman would not be able to prevent the dog from pulling away. The woman was slender, and the dog was enormous. I’m sure the dog outweighed her handler by a good bit.

But as much as I want to promote training without pain or physical force – and that is the only reason choke chains work, folks; they inflict pain – I do not want to participate in passing knee-jerk judgments on people for their choice of training equipment. Especially people who are physically vulnerable! Tiny people, older people, people who have had strokes or have Multiple Sclerosis, or some other challenge; do we really need to take these people to task because they aren’t handling their dogs with the kindest equipment possible? I was upset that anyone felt the need to do that. Was this photo the place to have this conversation?

Am I being too sensitive? Should service dog handlers not get a free pass on judgment, just because they are disabled? Should I be more concerned about the dog’s wellbeing; should service dogs deserve even more protection from potentially painful gear?

The Safest Types of Dog Collars (and the Most Dangerous)

Dog Collars or Harnesses: Which is Better?