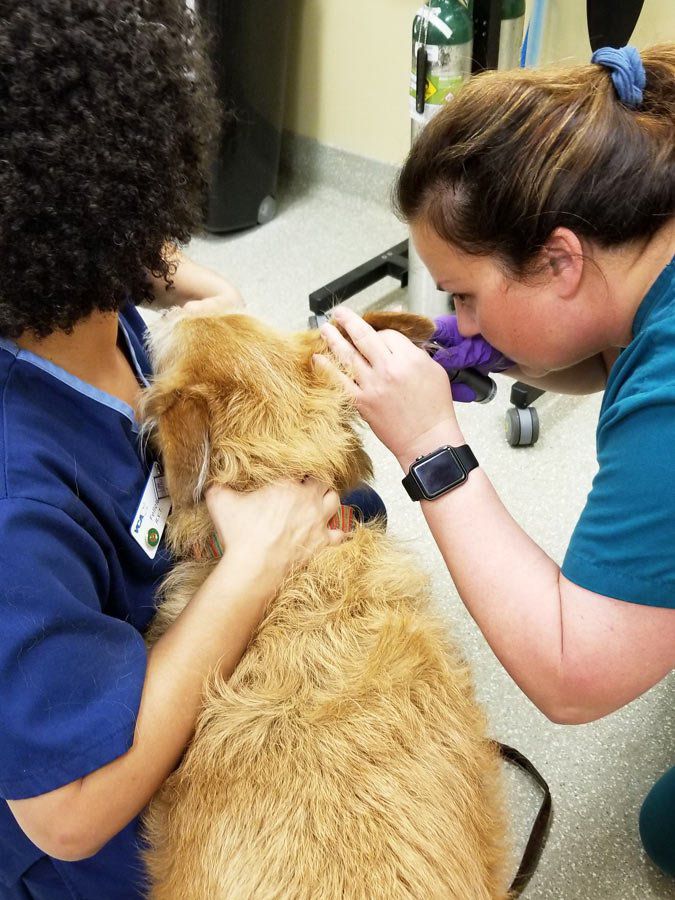 My large mixed-breed dog, Otto, will be 11 years old in November. He is big-bodied, much thicker through the middle than my younger dog, Woody. And I have lost count of the number of middle-aged and senior dogs I know who have been lost to splenic tumors – dogs who seemed absolutely fine one day, and then hideously sick the next, and euthanized a few hours later due to a tumor that suddenly grew enough to rupture, or cause some other fatal problem in the dog’s abdomen.

Yes, I’m paranoid. Thankfully, I can afford the pet insurance that enables me to ask and pay for the advanced diagnostic tests to put my mind at ease that, at least so far, Otto is as healthy as he can be, and he is not hiding a potentially lethal mass somewhere in his thick body.

First, I had to make an appointment with a veterinary hospital where a board-certified internist whom I like very much practices – but not just any appointment. I left a message saying I knew it would likely take longer and require special consideration in scheduling, but that I wanted to make an appointment for Otto to have a senior dog wellness exam, as well as blood and urine tests (wellness panel, including complete blood count and chemistry, plus a test for tick-borne diseases, plus urinalysis), radiographs of his whole chest and abdomen, and an abdominal ultrasound – and I wanted to be with him the whole time.

Ordinarily, this clinic would ask the owner to leave the dog in either the morning or afternoon, and come back for him some hours later, so they could move him from station to station in the treatment area of the hospital as there was room and personnel available. He might be put into a cage to wait for various bits of time in between. I know, because this is how a similar visit was handled two years ago at the same practice – a visit that Otto came back from reeking of what a friend used to euphemistically refer to as “butt juice” (Otto emptied his anal glands in fear at some point).

For some dogs, it’s being handled by strangers that scares them about the veterinary hospital experience. For some dogs, it’s the restraint and discomfort of the procedures that they are subjected to. For some, it might be getting put into a cage or the smells – and of course, for some dogs, it’s the whole enchilada. I swear that for Otto, it’s mainly about being rushed along slippery floors! He likes meeting people, he doesn’t mind restraint (he loves hugging of all kinds), he’s fairly stoic about pain (needles and such), and he is comfortable in all types of crates and cages. But if you rush him even a teeny bit over a slippery floor, he starts panting and shaking and his legs go all wobbly and he turns into a hysterical old lady with legs like Bambi on ice!

I have done my very best to build a relationship with the veterinarian who would be doing the exam and ultrasound, and she is the medical director of this large practice (which turns into an emergency hospital after hours and on weekends). So she knows me, and knows that I am not a hysterical old lady myself, won’t take up more time than is necessary to help move Otto through the stations, won’t ask about any other dog or procedure I see taking place in the treatment area, and won’t ask her a million unrelated questions about Otto or my other dog – in other words, she knows I will be respectful of her time, given that I will be asking for more of her time than usual. So, when I left my request for this sort of appointment with her scheduler (a different person than the hospital’s usual scheduler), I got a call back a day later with details for an appointment about 10 days later. I was warned that emergencies could affect the timing of all the tests; I might have to wait with Otto for any amount of time if the ultrasound or x-ray equipment was needed for an emergency case. Of course!

Before we walked into the hospital, I sprayed Otto’s feet with a rosin-based spray, to help give him a little more traction on the floor, and while I’ve not seen this help him deal any differently with our floors at home, I do think the added stickiness gave him a little confidence in the clinic – that, and not being hurried at all. I let him have a fairly long leash and pick his own path more or less alongside me as we walked up to the front counter to check in, and then over to a seat in the waiting area. I smiled and answered politely when a lady with a cat in a crate on the other side of the waiting area kept trying to engage me in conversation, but kept my focus and attention on Otto, asking him to repeat his best-known tricks while we waited, to keep him distracted and happy: sit, stand, down, back up, high five, and his theatrical favorite, “bang!” (He gives a very realistic groan when he “dies” and lies flat.)

I was instructed not to feed Otto the morning of the appointment, so his stomach would be empty; it helps during the ultrasound, to see surrounding structures. So, I was super stingy with the treats I fed Otto in the waiting area; I gave him just one nugget of Stella and Chewy’s “Meal Mixers” for about every 10th behavior. The nuggets are puffed up like popcorn, not dense like dried meat; if you smush one between your fingers, you can see that each one is comprised of a pretty small amount of meat. Fortunately, Otto is used to working long chains of behavior in between treats, and he’s happy with praise and snuggles in between treats. (Woody is more motivated by food, and gets annoyed by petting while he’s working.) So he ate only a little while we waited.

Then a technician led us to an exam room, and I talked to her about Otto’s current health: good, but he is getting a tad stiffer upon rising and slightly protective of himself when jumping into and out of the car. She said they would start off with taking a blood sample for the blood tests, and I reiterated my wish to be with Otto at all times; could they take the sample in the exam room? She said that would be no problem. And, in fact, it wasn’t a problem. Another technician came in to hold Otto, and he greeted her warmly, and snuggled into her restraint; again, Otto likes being hugged. He was calm when the other tech drew blood from a vein in his neck, and happy for a treat when it was over.

While we waited for the room with the ultrasound equipment to be ready, I used my phone to show the technician a video of Otto at our old house, where he used to display all sorts of weird behaviors whenever I removed the carpet runners I usually had positioned the length of the hall. For some reason, his slippery-floor phobia was absolutely worse in the hall than any other place in the house – an eccentricity that has continued in our new house, which has the same flooring in the living room as the bedrooms and the hall, but he avoids the hall like the plague. Perhaps it’s the closed-in feeling, the lack of options for picking his own path? I don’t know – but I wanted to show the technician that it’s not just at the vet, and I’m not exaggerating: he really does get stressed out about slippery floors, and it’s one of the reasons I’m so protective of what goes on “in the back” at the vet. The technician thought the video was hilarious and sad. “Poor Otto!” she exclaimed, and assured me that we would let him pick the pace and path into the ultrasound room and elsewhere in the hospital. Mission accomplished.

Abdominal ultrasounds are performed with the dog lying on his back in a V-shaped, padded cradle. The cradle is secured to the top of an examination table that can be lowered and raised with an electric motor. Two technicians lifted Otto and sort of rolled him over into the cradle on his back, while I stood at his head and rubbed his chest, telling him what a good boy he was. I stayed there while the one technician shaved his tummy and the other lightly held his hind legs; once the doctor came in to perform the ultrasound, the second technician held his front legs while I alternated between taking pictures and rubbing his chest. At no time did he struggle or get over-concerned with the procedure. And the veterinarian saw absolutely no worrisome abnormalities.

After that, the veterinarian examined Otto (eyes, ears, mouth, abdomen, etc.) while the techs went to prepare the x-ray machine. I wasn’t allowed to stay in this area during the x-rays, which makes sense, but did walk Otto into the room and reassure him when I handed his leash over to the technician, and told him to “wait.”

About 10 minutes later, one of the technicians and the vet brought a very happy-looking Otto to me in the waiting room – no butt-juice aroma this time, hurray! I fed him a huge handful of the Stella and Chewy’s food while listening to the vet: Again, she saw no abnormalities on Otto’s radiographs, though they would be sent to a radiologist for a more thorough look, and she would call me the next day with results from the blood and urine tests.

Today I got that call: All his blood tests came back in normal ranges, negative for heartworm, the tick titers were all negative, and his urine looked good except it was slightly more dilute than she’d like to see. She asked me to capture a sample first thing in the morning, and bring that in for comparison, which I’ll do tomorrow, to make sure that Otto’s kidneys are capable of concentrating his urine properly.

All in all, I am breathing a huge sigh of relief. We got through a major appointment without scaring him and aggravating his fear of floors, and my older guy is as healthy as I can hope for at the moment. 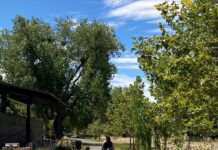