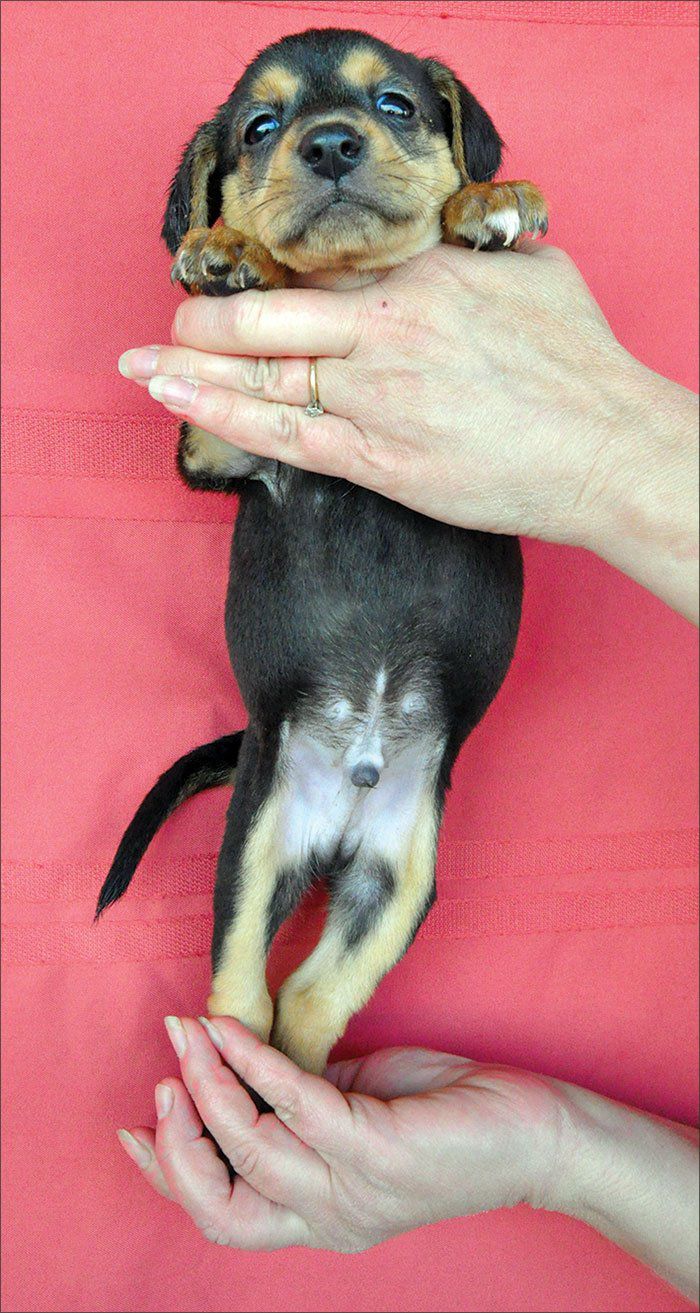 Contained in the October issue is an article I wrote about internal parasites – worms. I needed art to accompany that article, and the best thing I could think of to depict a wormy dog was a photo of a typically round-bellied wormy puppy, the kind that is surrendered to shelters all too frequently. I called my local shelter and asked whether they had any wormy puppies with bloated tummies; it turned out that they had just received such a litter two days before, and I was invited to come down and take some pictures.

When I got there and saw the puppies, I was a bit shocked; it was obvious that they were too young to be separated from their mother. The person who had surrendered them said the puppies were eight weeks old, but it was clear that they were more like four and a half or (maybe) five weeks old. They were eating some of the canned food in front of them, but were still frantically searching for their mother’s milk-bar. I took the pictures I needed, but was haunted by the vision of their little faces, incapable of comprehending the change in their circumstances. “What is with all the cold concrete? Why are we all covered in poo? This blanket is okay, but where is mom?” The next day I went back to the shelter and volunteered to foster them until they were old enough to be adopted.

The funny thing is, several weeks prior, two dog trainers who regularly contribute to WDJ, as well as a newer veterinarian contributor, all asked whether they could write puppy-related articles for the November issue. I said yes to all three, thinking we’d have a nice little “puppy development” package as a result, and I’m so happy I did! The timing couldn’t have been better for me! Because their articles – which appear in this issue – arrived in my email about the same time as the litter of six puppies took over my office, I’ve had ample opportunity to use the experienced trainers’ advice for managing both the puppies themselves and the puppies’ interactions with my two 7-year-old dogs.

I’m also keeping in mind the information from shelter-medicine expert Jessica Hekman, DVM, MS, regarding puppies whose mothers may have sustained prolonged and severe stress while pregnant. Before reading the article, I hadn’t ever considered that a dog’s in-utero experience could have an effect on how the dog responds to the world months later. Given the poor condition of the puppies when I got them (parasite-infested, under-nourished, surrendered too young to a shelter), I imagine their mom hadn’t been having a great time lately, either, and I’ve been taking a precautionary “super socialization” approach suggested by Dr. Hekman’s article. (By the way, if you’re interested in hearing more about the pups, I’ve written a lot about this fostering experience on the WDJ blog page)

Final coincidence: I was due to write a wet-food review. I don’t regularly feed it, so opening at least four cans of food a day for the puppies was a good refresher in “what to look for, and what to look out for” in canned food. Enjoy! 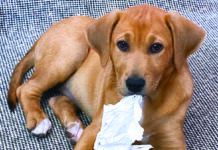 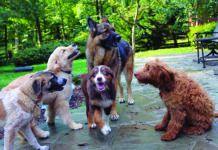 How To Supervise Good Puppy Play