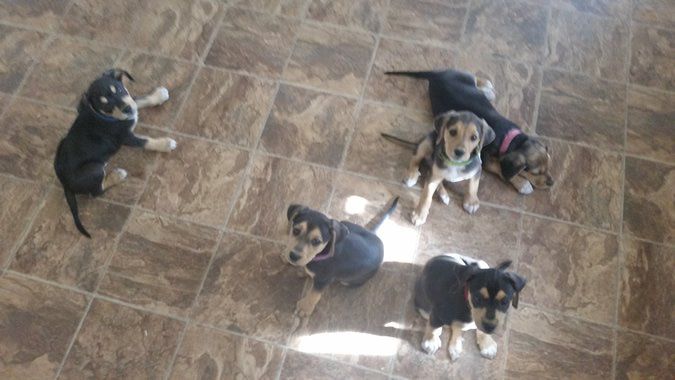 I know that all of my blog posts have been about puppies or puppy care or puppy food lately. That’s because I’ve been overrun with puppies since September 10th, when I agreed to foster six too-young puppies that were brought into my local shelter. Taking care of them has been a challenge, because neither my house nor my office was really set up for puppy care (though they are now), and because if you want to raise them right, puppy care and training takes a lot of time and energy. I haven’t spent so much time with so many puppies since I was a little kid; my parents were animal lovers, but they also were also completely inexperienced with and ignorant about the needs of animals and responsible animal care and control, and so we were forever looking for homes for litter after litter of “accidental” puppies.  But despite the investment of time – and money! – I spent on my foster pups, overall it was a great experience, one that underscored quite a few things I’ve learned over the years that I’ve edited Whole Dog Journal. Allow me to share some of the bullet points with you.

All of the puppies got adopted very quickly. I agreed to hold one for 10 days past the adoption date because the adopter was going on vacation the day after she met the puppies (a friend heard she was considering getting another dog and brought her to my house), and one of the others for 20 days past the adoption because the adopter, a lovely young woman, was still in escrow on her first home. She has since closed and is moving in and will pick up her puppy this coming weekend, when everything is in place to keep him well-managed. She’s come by to visit with him and is doing a great job of preparing for his care and training. It’s been fun spending time with him on an only-puppy basis – it really sped up his training and good manners to be around only my well-behaved adult dogs this past week, instead of spending 24/7 with another rowdy puppy. I admit I will miss him (and all the puppies), but boy, oh boy, am I looking forward to spending time with ONLY my adult dogs.