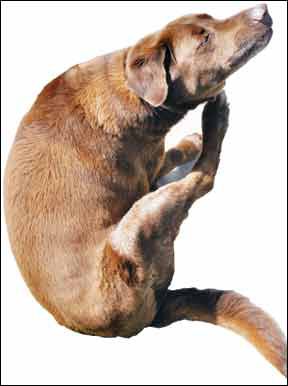 Banfield Pet Hospital has issued a report analyzing the most common diseases in dogs and cats. The “State of Pet Health 2011 Report” collected data from 2.1 million dogs seen at Banfield’s 770 veterinary hospitals in 2010.

Some of the more interesting findings included increases in diabetes, dental disease, ear infections, and flea infestations since 2006. Hookworms and whipworms in dogs also increased during that time period.

Incidence of diabetes mellitus in dogs rose 32 percent since 2006, a startling finding. The number of dogs affected, however, is still low, with 17.5 cases per 10,000 dogs seen. Diabetes is associated with being overweight or obese, one of the top five diagnoses in adult dogs in 2010, which might help explain the increase. Diabetes is also more common in small breeds, whose popularity has risen considerably in the last 10 years, with Chihuahuas and Shih Tzus leading the way.

Heartworm disease is one of the three top health risks for pets in the Southern states, with the highest rate of infection found in Mississippi, where 6.7 percent of dogs tested were found to be infected. Heartworm disease was diagnosed in dogs in all 43 states in which Banfield has hospitals, and the American Heartworm Society reports dogs testing positive in all 50 states. Incidence of heartworm disease was similar in 2010 to 2006.

Dental disease is the most common health issue in dogs, affecting about three-quarters of all dogs over 3 years of age. Many dogs aged 1 to 3 years are affected as well. Dental disease can affect the heart and kidneys, and causes pain that is not readily apparent. There has been a 12.3 percent increase in dental disease in dogs since 2006. While tartar was the most common finding, periodontal disease grade 1 (of 4) made the top 10 list of diagnoses in all dogs, and grades 1 and 2 were both in the top 10 for small dogs. Older dogs have greater risk of developing more severe forms of dental disease. The top breeds most likely to develop periodontal disease include the Toy Poodle, Yorkshire Terrier, Maltese, Pomeranian, and Shetland Sheepdog. The best way to prevent dental disease in dogs is with daily brushing.

Otitis externa (infection or inflammation of the outer ear canal) was the second most common diagnosis in dogs, with a 9.4 percent increase since 2006. In 2010, 15.8 percent of dogs seen in Banfield hospitals were diagnosed with otitis externa. Recurrent ear infections are usually linked to allergies. Breeds that are predisposed to otitis externa include the Basset Hound, Beagle, Bulldog (American and English), Cocker Spaniel (American and English), Golden Retriever, Labrador Retriever, Lhasa Apso, Poodle (all sizes), Pug, Shar-Pei, and English Springer Spaniel.

Incidence of flea infestation increased 16 percent in dogs since 2006. Tick infestations were also more prevalent, with a 6 percent rate of increase over the past five years. In addition, the number of dogs diagnosed with Lyme disease more than doubled since 2006. Fleas increase during spring and summer months before peaking in October, while ticks were most commonly found in May and June. Fleas are most prevalent in Southeastern states and along the West Coast.

Knowing which diseases are most common can help pet owners be proactive in protecting their pets through preventative care, such as keeping dogs lean; toothbrushing; using heartworm, flea, and tick preventatives as needed; and having a veterinary examination at least once a year.