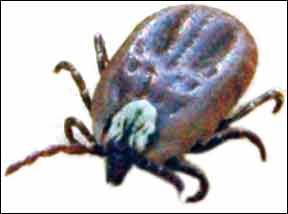 Researchers at Cornell University’s Animal Health Diagnostic Center have developed a new test for Lyme disease in dogs. Available as of June 15, the Lyme multiplex assay is capable of distinguishing between infection and vaccination when vaccination history is available, and between early and chronic disease stages, from a single blood sample.

Borrelia burgdorferi, the bacteria that cause Lyme disease, migrate by way of the tissues to the joints, nervous system, and organs, causing fever, pain, lameness, and sometimes kidney failure (Lyme nephropathy). By the time these clinical signs show up, the infection may have been present 6 to 8 weeks or longer. Bacteria spirochetes can persist in the body for at least a year after clinical signs are gone, while high antibodies persist for at least 17 months. All of these factors make it difficult to distinguish between dogs whose clinical signs are caused by Lyme disease, and those who may been exposed in the past but have recovered from the disease.

The new Lyme disease canine multiplex assay combines the advantages of ELISA and Western blot in a single test. In addition, by identifying three different antibodies, it is the only test that has the capability of distinguishing between early versus chronic infections. Different antibodies point toward dogs who have been vaccinated for Lyme disease, those with early infections (up to 3 to 5 months), and those with chronic infections. The test can detect disease as early as 2 to 3 weeks after exposure, compared to 4 to 6 weeks for ELISA tests and 3 to 5 weeks for C6 tests.

Cornell says that its multiplex assay has increased sensitivity and specificity compared to other tests (resulting in fewer false negative and false positive results), and provides advanced information beyond any of the current Lyme testing methods, resulting in a better definition of the dog’s infection status. The fee for the test is $36, though the cost to you will include additional fees to your vet for drawing blood and shipping.

The Lyme Quant® C6 quantitative antibody test offered by IDEXX can also distinguish between infection and vaccination and provide quantitative results from a single sample. It might have even greater specificity (fewer false positives) than the new multiplex test, which could cross-react with at least one vaccine. Vaccination information must be provided along with samples submitted for testing to Cornell’s lab, so they can take that information into account when analyzing test results. That can be problematic for rescue dogs whose vaccination history is unknown. No such cross-reaction occurs with IDEXX’s SNAP® 3Dx®, 4Dx®, or Quant C6 tests, as no currently available Lyme vaccine stimulates a C6 antibody response.

While the IDEXX Quant C6 test cannot differentiate between early versus chronic infections, it can better monitor response to treatment, by comparing pre- and post-treatment results. A unique property of the C6 antibody is that levels decline sharply after treatment. Other tests measure antibodies that can persist at high levels long after treatment, making it difficult to determine whether the spirochetes are still present.

Doxycycline is used to treat Lyme disease at a recommended dosage of 10 milligrams per kilogram of body weight twice a day for four to six weeks. A controversy exists regarding treatment of dogs who test positive for Lyme but who show no signs of disease. Early research indicated that all but about 5 to 10 percent of dogs were able to fight off infection on their own, with no signs of the disease. A more recent study of 62 Beagles infected with Lyme, however, found that 39 dogs (63 percent) showed symptoms of the disease, and almost all had synovitis (inflammation of the joint lining) at necropsy. Because of the potential for Lyme disease to cause kidney failure, and because not all disease signs are noticeable (subclinical infection), treatment in all cases is the safest option. 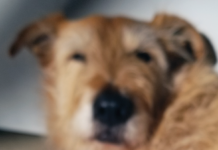 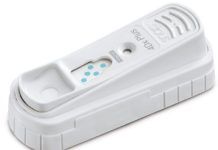