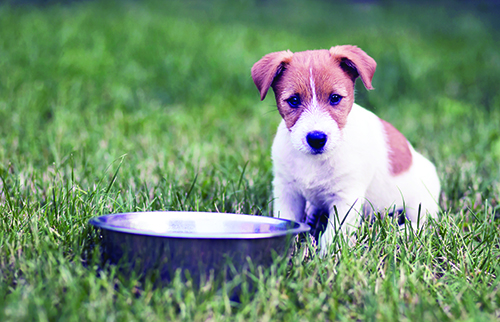 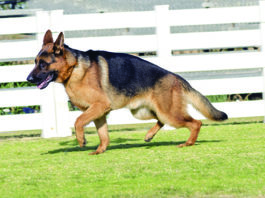 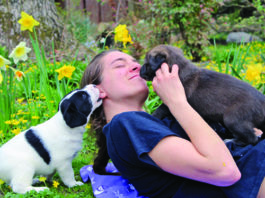 What Fostering Can Do For Rescue Puppies 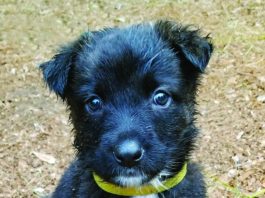 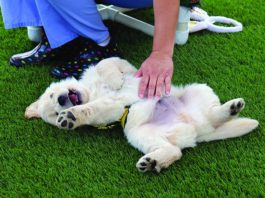 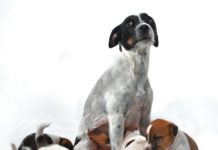 How a Mother’s Stress Can Influence Unborn Puppies

Puppy Health Jessica Hekman
0
Can a highly stressful environment during pregnancy affect how puppies turn out? Imagine this: A young dog goes stray and lives on urban streets for two months, in almost constant fear. Kids chase her down a street, throwing rocks at her; she is attacked by another dog; and she struggles every day to scavenge enough to eat. At last she is apprehended by an animal control officer and brought to a shelter. Here she finally gets enough to eat, but she's still not able to relax; the shelter is full of strange smells and loud noises, her run is small, and the floor is hard. After she's been at the shelter for a few weeks, a shelter staff member realizes that she is pregnant and due very soon. The shelter puts her on the waiting list for a foster home, knowing that puppies don't do well when they grow up in shelters. 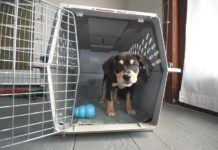 How To Crate-Train Your Puppy

Crates Pat Miller, CBCC-KA, CPDT-KA
0
Most puppies are crate-trained with relative ease. Remember that the crate should be just large enough for your pup to stand up, turn around,...

The Effects of Male Womb-Mates

Puppies Editorial Staff
0
If a mother dog's hormones can affect her fetuses in utero, what about the hormones of their siblings? The effects of in-utero testosterone on females with all male siblings are well documented in rodents and cattle, and debatably exist in humans. These females undergo physical and behavioral masculinizing effects. 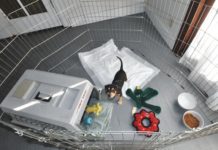 The First Week with a New Puppy

Puppies Pat Miller, CBCC-KA, CPDT-KA
0
It's one of the best feelings in the whole world -- those first few hours with your new puppy when everything is perfect and anything is possible. It doesn't take long, however, for that bubble to burst. It could be the very first day, when you step in that pile of puppy poo on your Persian carpet, or find deep puppy tooth gouges in your treasured pair of Jimmy Choo shoes. 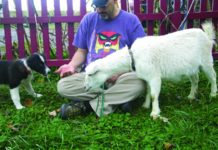 Puppy Socialization Denise Flaim
0
While curiosity and the ability to learn don't have expiration dates, young puppies have an important behavioral sweet spot" between the ages of 8 and 16 weeks. During this critical period 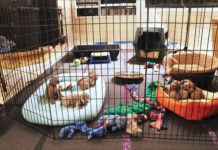 Puppies Denise Flaim
0
Cute is not the first word you reach for when describing newborn puppies. Born unable to hear or see, with smushed-in faces and twitchy little bodies, they look for all the world like diminutive aliens. Detached and distant visitors from another planet, they are in their own orbit, seeking only warmth, milk, and the rough caress of their mother’s tongue. Nothing, of course, could be further from the truth. 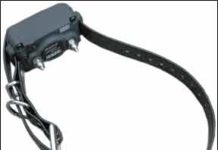 Puppies Editorial Staff
0
Naturally, we regard shock collars as absolutely unnecessary and inappropriate in any training program, but particularly so in training puppies and young dogs. Given the potential for an exceptionally strong fear response during the early fear period – as well as during the secondary fear period – it pains us greatly to see trainers who market their shock collar training even for very young puppies. Of course they mask the aversive nature of shock collars by calling them “electronic” or “e” collars and “electronic fences.” 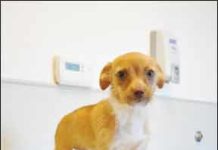 Puppies Editorial Staff
0
A veterinarian's first priority is the physical health of her clients. As a result, sadly, some veterinarians still issue the out-of-date edict to their puppy owners to not take their baby dog anywhere until he is fully vaccinated  age 4 to 6 months. This, of course, totally overlooks the very real concern for a pup's mental health, and the vital need for proper socialization to occur well before the pup is fully vaccinated. As mentioned in the accompanying article, the primary socialization period is early and short  when the pup is 3 to 14 weeks of age. 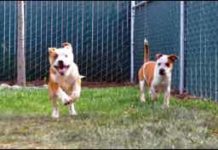 Puppies Pat Miller, CBCC-KA, CPDT-KA
0
The intent of puppy socialization is to convince the part of the puppy’s brain that reacts emotionally to his world (the amygdala) that, in general, the best/most appropriate emotional responses are calm, relaxed, and happy. These days, the importance of puppy socialization is well-known and widely accepted. Interesting, then, that some behavior professionals (myself included) report seeing an increasing number of canine clients with fear-related behaviors. 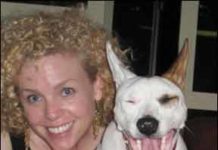 How an Intense Behavior Modification Program Saved One Puppy’s Life

Puppies Pat Miller, CBCC-KA, CPDT-KA
0
Squid almost didn’t make it to the dog adoption option at the Humane Society of Washington County (HSWC), Maryland. Whole Dog Journal readers who have been with us for a year or more already know part of his story: the eight-week-old Jack Russell Terrier mix was surrendered to our full-service shelter by his owners because they “didn’t have time for him.” What that really meant was that the small white-and-tan pup was a heckuva handful: they couldn’t deal with his incredibly high energy level, fierce puppy play-biting, low tolerance for frustration, lack of impulse control, resource guarding, and sudden, intense aggression when restrained. He easily failed his canine behavior assessment. It’s a good thing he was impossibly cute! We started by identifying all Squid’s inappropriate behaviors and creating a modification plan for each. Some of the pieces overlapped, so it wasn’t quite as daunting as it might appear – but it was still plenty to work on! 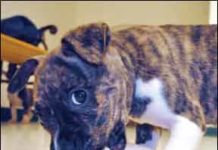 How to Train Your Puppy Not to Bite

Biting & Growling Pat Miller, CBCC-KA, CPDT-KA
0
Contained in every puppy’s mouth is a set of amazingly sharp little daggers known as “teeth.” Puppies explore the world with those mouths. Since you are part of your pup’s world, it is inevitable that those sharp little teeth will at some point come in contact with your tender skin during a behavior known as “puppy biting.” It hurts. So what should you do when your puppy bites you, or other family members (including children)? 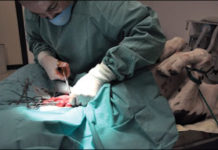 A Safer Way to Spay Your Puppy

Puppy Health Editorial Staff
0
Making a fresh look at the things we take for granted can be wonderfully enlightening. Sometimes, the little light bulb overhead begins to sizzle and sparkle, illuminating a new and better way of doing things. Consider this example: When some savvy veterinarians took a fresh look at performing spays, a surgery we've been doing the exact same way for decades, they came up with a revised technique that accomplishes all of the objectives of the spay surgery with fewer complications. How cool is that?
12345Page 3 of 5