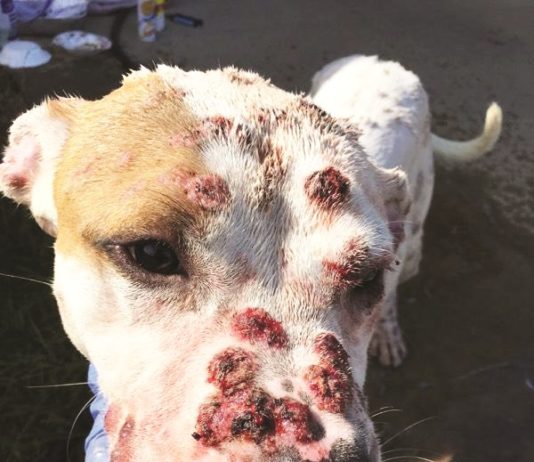 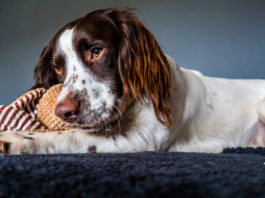 What is Myasthenia Gravis in Dogs? 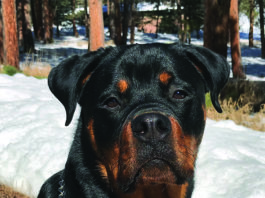 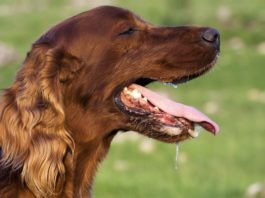 Dog Drooling: The Juicy Truth About Why Dogs Slobber 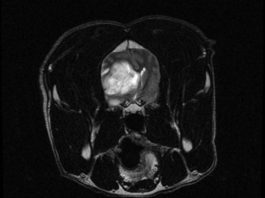 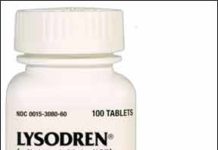 Other Diseases Editorial Staff
3
What if your dog has all the symptoms of Cushing's  excessive drinking, urination, and appetite; pot belly; skin problems; elevated alkaline phosphatase; etc.  but the tests say no? Veterinary endocrinologists at the University of Tennessee in Knoxville (UTK) have been investigating this phenomenon. They found that many dogs have elevated steroid intermediates (also called steroid precursors or sex steroids") with normal cortisol. They call this condition "atypical Cushing's disease

Iatrogenic and Pseudo-Cushing’s in Dogs

Other Diseases Editorial Staff
0
A very small percentage of Cushing's cases result from medical treatments for other conditions, such as the use of prednisone or other corticosteroid medications to control allergies, arthritis, or autoimmune conditions. This is called iatrogenic" (doctor-caused) Cushing's. In these cases 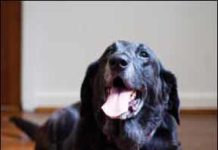 Other Diseases CJ Puotinen and Mary Straus
4
Sometimes life-threatening illnesses develop so slowly that no one pays much attention. An older dog who's always thirsty drinks huge quantities of water. He's hungrier than usual and has developed a thin coat and pot belly. He pants all the time, and now his hind legs are losing muscle tone and getting weak. Many owners dismiss these as normal signs of aging, but they are classic symptoms of Cushing's disease, which affects an estimated 100,000 dogs in the U.S. every year. 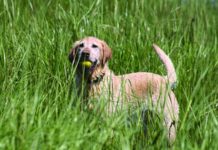 Other Diseases CJ Puotinen and Mary Straus
8
Somethings wrong with your dog but youre not sure what. She seems listless, her eyes have lost their spark, and she just seems off. You might notice intermittent muscle weakness, tremors, and an inability to jump into the car or onto a sofa. Or your dog frequently ignores her dinner, vomits, or has diarrhea. These vague symptoms, which may improve and then return, could stem from a dozen canine illnesses  or they might point to Addisons. Addisons disease, named for the 19th century physician who defined this adrenal gland dysfunction, is also known as hypoadrenocorticism or adrenal insufficiency. While fatal if left untreated, with appropriate treatment Addisons can be managed so that affected patients lead normal, active lives. First diagnosed in dogs in the 1950s, it is considered an uncommon canine disorder.

Other Diseases Editorial Staff
0
Rabies is nearly always fatal to the animals (including humans) who become infected with the disease. That’s why vaccinating our dogs against this deadly virus is required by state law – in order to protect public health, by preventing transmission of this disease from infected wildlife to our pets and to us. Each states requires that dogs and cats be vaccinated for rabies every one, two, or three years. 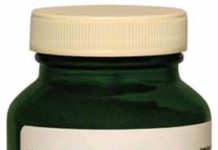 Other Diseases Editorial Staff
3
While treatment of Addison's disease focuses on prescription drugs and electrolyte tests, holistic veterinarians add various support therapies to help their patients. Nutrition is the cornerstone of every holistic therapy, and while diet cannot cure Addison's disease, foods made of poor-quality ingredients or diets that lead to nutritional deficiencies are a significant source of stress, and additional stress is just what Addison's dogs don't need. Because wheat, corn, and soy are problem ingredients for some dogs, many holistic veterinarians recommend avoiding them. Some tell their clients to avoid grains altogether. 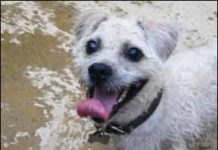 Diagnosing and Treatment Options for Symmetrical Lupoid Onychodystrophy or SLO

Other Diseases Stephanie Colman
1
Dog nails aren’t supposed to fall off, thought first-time dog owner Terrie Huberman some 18 months ago. That’s when she first realized that finding one of her Pug-Poodle mix’s nails on the floor of her Sherman Oaks, California, apartment wasn’t an isolated incident. It all started when, after coming in from a walk, Terrie picked up what would turn out to be the keratin shell from one of Bonzo’s claws. At the time she thought it was something he’d tracked in from outside. Only later did she learn the shell was a telltale sign of Symmetrical Lupoid Onychodystrophy, SLO for short. 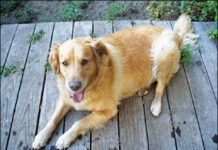 Other Diseases Mary Straus
0
A surgical procedure used on humans to remove brain tumors that cause Cushing’s disease is now becoming available to dogs, thanks to collaboration between a human neurosurgeon, a veterinary endocrinologist, and a veterinary surgeon in the Los Angeles area.Cushing’s disease (hyperadrenocorticism, or HAC) is an adrenal disorder common in middle-aged and older dogs, affecting an estimated 100,000 dogs per year in the U.S. It occurs when the body produces too much cortisol, causing increased appetite and thirst, skin problems, and muscle weakness. Cushing’s can also predispose dogs to other conditions such as diabetes, pancreatitis, and infections. 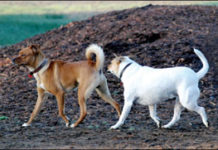 Other Diseases Stephanie Colman
0
Anal sacs are located on either side of your dog’s anus, between the external and internal sphincter muscles. Depending on the dog, they range in size from that of pea to a lima bean. Sebaceous glands within the lining secrete a foul-smelling liquid. Under normal circumstances, the sacs empty on their own during bowel movements via a pair of ducts. This natural, routine emptying serves as a means of olfactory communication and establishing territory. Each dog possesses his own unique scent, which is why ritualized dog-to-dog greetings include copious rear-end sniffing. When a dog presents his rear for information gathering, the muscle movements involved in raising the tail apply pressure to the sac, prompting the release of additional scent. 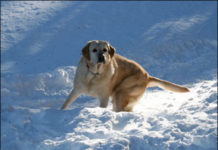 Other Diseases CJ Puotinen
24
The symptoms came on fast and furious. One day Chloe was a healthy, tail-wagging Labrador Retriever and the next day she was vomiting mucus all over the house. Then her vomit turned red with blood and then came matching diarrhea. Chloe had hemorrhagic gastroenteritis, or HGE. Hemorrhagic gastroenteritis is a mystery disease. No one knows what causes it and there is no recommended prevention. It does not seem to be contagious from one dog to another, although dogs living together sometimes develop HGE at the same time, and some parts of the country have reported outbreaks of several cases. It's most dangerous for small dogs, and although some veterinarians consider toy and miniature breeds between the ages of two and four the most typical HGE patients, males and females of all breeds and ages have been affected. There are few, if any, HGE warning signs. It is not usually accompanied by a fever. Diarrhea containing bright or dark red blood is the illness's signature symptom. Vomiting, which usually accompanies the diarrhea, typically begins as mucus or bile and then becomes bloody. Affected dogs may eat grass and vomit that as well. 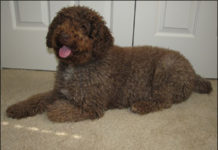 Other Diseases Olesia C. Kennedy
14
Kanis Fitzhugh, a member of the Almost Home organization, knew she had to rescue Pandy, an extremely thin and seemingly vicious four-year-old Dachshund. Pandy had been relinquished to a shelter in Orange County (California), who turned her over to Southern California Dachshund Rescue. Deemed people- and animal-aggressive, Pandy appeared to have been starved, and weighed just 13 pounds. Fitzhugh thought the dog deserved a break, and brought Pandy home in May 2007. During the first couple of weeks in her new home, Pandy managed to pull a chicken down from the counter and proceeded to eat the entire bird, including bones, plastic tray, and grocery bag, in less than the 10 minutes that Fitzhugh was out of the room. Pandy was rushed to the vet and emergency surgery was performed, as the bones had ruptured her stomach lining in three places. Luckily, she survived. Pandy's voracious appetite, large voluminous stools, and aggressive disposition were all caused by a medical condition called exocrine pancreatic insufficiency (EPI). With Fitzhugh's loving care, including enzyme supplements and a change of diet, Pandy stabilized. Within a year, Pandy had transformed into a beautiful, funny, 26-pound Dachshund who gets along great with all the human and animal members in the Fitzhugh household. Exocrine Pancreatic Insufficiency, or EPI, also referred to as Pancreatic Hypoplasia or Pancreatic Acinar Atrophy (PAA), is a disease of maldigestion and malabsorption, which when left untreated eventually leads to starvation. One of the major difficulties with this disease is in the prompt and accurate diagnosis. Astonishingly, visible symptoms may not appear until 80 to 95 percent of the pancreas has atrophied. 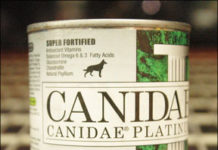 Other Diseases Mary Straus
27
Some low-fat recipes for dogs are excessively low in fat, providing as little as 5 to 8 GFK, with as much as seven times more starches than meat. With very few exceptions, its not necessary to feed such an extremely low-fat diet to dogs recovering from or prone to pancreatitis or with other forms of fat intolerance, nor is such a diet likely to be nutritionally adequate, regardless of how many supplements you add.
1234...6Page 3 of 6

Nancy Kerns
9
If you have been following the weather news, you might have guessed what this post was going to be about, am I...