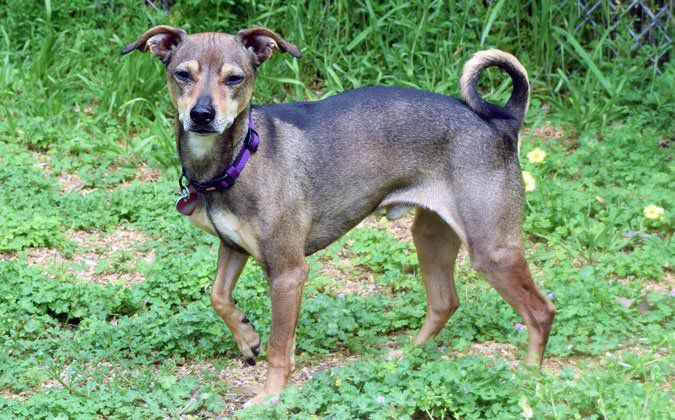 For the past three days, anyone who has called me has asked, “What’s wrong?” I keep thinking I’m doing a fine job of covering my irritation and emotional upset, and answering the phone the way I always do, but apparently – not.

For weeks, since the evacuation of my shelter, I’ve been fostering a young dog who was brought into the shelter a few days before the evacuation. The people who brought him to the shelter said they found him as a stray. It later developed that someone who saw him in the shelter recognized him as the dog who belonged to the people who surrendered him; they pretended he wasn’t their dog when they surrendered him. That happens often enough that no one at the shelter was surprised to learn this. The dog is adorable, but he’s got problems – physical and behavioral.

I think he’s been kept in a crate or small pen his whole life; he has the least amount of muscle tone of any dog I’ve ever met. When I took him out of his shelter kennel for the first time, I was horrified to see how he walked – like he was wearing clown shoes on all four feet. His muscles and tendons were so unused, that he walked way back on his wrists on all four legs; he had wear marks on the back of his hocks. He lacked coordination, but sort of flopped about very enthusiastically. He was sweet and affectionate, and happy to meet other dogs and people. I have been calling him Muppet, because he looks just like one, all goofy-haired and splay-legged. My husband dubbed him “Floppy” and said, “Floppy makes me sad!” He makes me sad, too.

Are his problems from being malnourished? He is super thin. Does he have adequate bone density? Are his hips constructed in a way that can be developed, or will he need surgery to ever walk properly? The shelter vet examined him briefly and instructed me to give him a few weeks of gentle exercise and a good diet, supplemented with some glucosamine and fish oil, and we’ll see how he responds to that before we spend too much of the shelter’s medical budget on x-rays.

Overall, his behavior is not terrible, just uneducated, but he is prone to displaying one incredibly annoying tactic: barking in frustration, excitement, or for attention. He barks when you put him in a crate, when you pick up a leash or car keys, when he sees a cat or dog out the window, or when you ask him to sit and you don’t get the treat to him fast enough (in his opinion). And his bark is one of those with the pitch that can make your earwax liquefy. Ouch!

I just can’t imagine having such a cute dog get to his age – we’re guessing he’s about 10 months or just over a year old – with zero training and apparently, next to no medical care (he is neutered). He has a lot of potential, because he’s sweet and funny and playful. I’ve been working with him daily to teach him to tolerate frustration without barking; to sleep nicely in a crate; to sit, down, come, and walk nicely on a leash (and off, where safe). He’s been doing great – and finally putting on a little muscle, too. Whereas his thighs were flat as pancakes when he came home with me, he has little waffle-thighs now, and some muscle on his shoulders. His front feet no longer look like clown shoes; he is completely walking upright on his front paws now.

His back legs are another story; he is extremely cow-hocked, and still prone to walking a bit on the back of his paws and wrists. I suspect that his hips really don’t work right. He doesn’t seem to be in any pain, but without some sort of major intervention, I don’t see how he can age without developing osteoarthritis or blowing out his knees. He’s getting radiographs and a more complete veterinary exam next week and I’ll know more soon.

I’ve been mildly optimistic about his prospects, as complicated as they are by his wonky legs, but was plunged into depression by my most recent canine visitor. This is a dog who was found as a stray by a friend. She tried without luck to find his owners, had him neutered, and then tried to find him a home. She said he barked a lot and fought with her dogs, and finally a friend of hers took him, but recently the friend returned him, saying he didn’t get along with her dogs, either, and also, he barked way too much. I agreed to have him come visit my house and share my opinion of his behavior.

I expected, from the description, a dog-aggressive dog. What I have observed is a highly anxious dog – perhaps in pain from terrible-looking knees – who really just wants other dogs to leave him alone and to be with a person. He snarled at Muppet, who, lacking polite canine social skills, approached him too strong and too quickly, but when Muppet left him alone, he calmly went about his business. He frisked about a bit when Woody tried his best to get him to play, but other than that, he’s been all too happy to leave the other dogs alone if they leave him alone. With people, he’s wary at first, but affectionate once he sees that a person will be nice to him.

Here’s what really got me upset: he was handed over to me along with his prescription for Prozac – suggested by a trainer who worked with him a year or more ago and prescribed by a local vet – and an “anti-bark” shock collar! He wasn’t currently wearing it, but “Here it is in case you want to use it, my friend has been using it for a few months…”

Even when people are trying to be kind, we’re awful to dogs.

I’d really like to find both of these dogs better homes, but despite the fact that both of them have affection and companionship to offer, they have special needs that will make placing them complicated. Both need direction and management in order to be behaviorally pleasant family members. Both need medical interventions and management to live a pain-free life. Who will take them on?

So, if you happened to call me recently and I sounded cross – that’s what’s wrong. “Floppy” and this more recent orphan dog have made me sad. And mad. And there’s no easy way out of this.