Home Blog When Too Many Is Too Much: A Hoarder in My Neighborhood
Print
Email
Facebook
Twitter 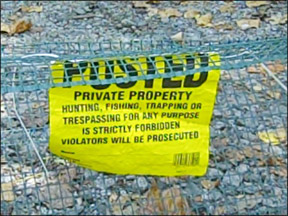 My neighbor’s house was condemned this week, declared a public health threat. Unbeknownst to the rest of us, she’d been hoarding animals. It made no sense. How could none of us know? How could it happen “here” in our bucolic neighborhood—a rural, picturesque area with large upscale homes surrounded by pastureland and horse farms? A helicopter hovering literally above my house made me realize that something was very wrong.

In this case, a single woman in her 40’s lived “alone” in a once-lovely, half-million-dollar brick home. By the time authorities intervened, gaining access to her house only after securing a search warrant, she had amassed 113 cats, 14 dogs, 23 dead cats, and 1 dead dog. She was living in squalor, and the only reason she was discovered was that an observant neighbor, after smelling foul smells on and off, went to investigate. He stumbled upon crated cats left on her driveway, and quickly called authorities. That, as it turns out, was only the tip of the iceberg.

Authorities said feces and trash filled the rooms. Seven officers, clad in haz-mat suits and respirators, worked through the night to empty the house of the animals, most of whom were suffering from dehydration and other medical problems.  I am grateful to these people who worked so hard on behalf of these animals.

But I am also ashamed. Ashamed because I didn’t know. I live a stone’s throw away, and have done virtually everything in my power to give my own dogs a good life, yet so many animals so close to me were suffering horribly. I remind myself that the dogs and cats were all living inside her enormous, brick house, so how could I know? I do not personally know her, have never met her, and dense woods separate us. Her house is not visible from the road. It’s set far back down a gravel driveway, hidden by a thick growth of woodland.

I’m mad, too. So many animals suffered. Some have already been euthanized, and my guess is there are many more to follow. Our county’s animal shelter is already strained in this horrible economy; how can it be expected to cover vetting, housing, and feeding of so many animals? The shelter director estimates that it’s costing taxpayers more than $1,200 a day to do so.

What are the other costs to our community? The hoarder is awaiting a court appearance. Who pays for that? Who pays for the cleanup of the home? Who pays if the house must be razed? Who pays for her rehabilitation? The recidivism rate for hoarders, they say, is 100 percent if not treated.

Tragically, a local volunteer humane society had placed many cats with this woman for fostering. They “inspected” her home in June . . . but neglected to go inside the house. They have since been shut down, at least temporarily.

The once lovely home has been condemned. Today, a no trespassing sign hangs across the drive.

My only take away, right now, is that we need to pay attention, to be aware of our surroundings. If we see physical signs that something’s not right, and have that feeling in our gut that something’s not right, we’d do well to investigate, and call authorities if necessary. Hoarding is everywhere, folks. My world is still rocking as I process this horrific turn of events. What would you do if you suspected a hoarder in your midst?

Lisa Rodier is a frequent contributor to WDJ.