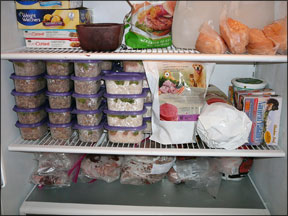 Over the next few days, I’m going to see a half-dozen manufacturing facilities that produce raw frozen and/or raw dehydrated canine diets. Some of these are produced in human food manufacturing plants. This gives me a great opportunity to compare their HACCP (hazard analysis and critical control points) plans with those of the various dog food plants I’ve seen.

I’m also going to visit a plant that provides high pressure pasteurization (HPP) services. While the majority of the company’s business is human foods, a growing number of makers of raw pet food are now using or looking into using HPP on their products – and not because any dogs have been made ill by their products. So, why?

In response to a high number of cases of foodborne illness (in humans), the Food and Drug Administration pressed for changes that would help the agency prevent outbreaks, rather than respond to them. Its efforts led to passage of the Food Safety Modernization Act of 2011, which (among many other things) reduced the amounts of various contaminants that would be accepted in raw foods, and reduced to zero the amount of certain contaminants (most notably for our purposes, Salmonella) that could be present in “ready to eat” foods. The FSMA also increased inspection resources for testing food.

For example, as I mentioned in the April 2013 issue of WDJ, the amount of raw chicken that can be found to contain Salmonella is now 7.5 percent, reduced in July 2012 from 20 percent. Believe me, the poultry and poultry processing industries are turning themselves inside out to reduce the amount of Salmonella-infected meat they produce, but without additional steps taken to actually kill the bacteria, such as irradiation or HPP, it’s understood that some amount of Salmonella will be present in raw chicken, even in the best supermarkets. It’s considered acceptable to find Salmonella in raw chicken because the FDA expects people to cook it, which in itself constitutes a “kill step,” and take other safe handling precautions, such as washing our hands, cutting boards, and anything else that has been used to prepare or contain raw meat.

In contrast, there is zero tolerance for Salmonella and other potentially harmful bacteria in diets that are “ready to eat” (that are not expected to be cooked) – and it applies to any food that is expected to be brought into a home and handled by humans, even food that’s meant for the dog. This goes for raw meat diets, dehydrated and freeze-dried diets than contain raw meat – and even kibble. THIS is why we’ve been seeing so many recalls of dry dog food for Salmonella – increased “surveillance” (testing) to protect humans from being sickened by Salmonella. Despite how it may appear, it’s not that the companies that make the recalled foods have suddenly gotten sloppy or are using subpar ingredients; Salmonella is in the raw ingredients, just as it’s in some of your supermarket meats, and it’s probably always been present in a certain amount of kibble. It’s just that kibble is now being tested – and tested more frequently.

Making sure they kill Salmonella in the extrusion process (and don’t reinfect it with any other ingredient or “dirty” machinery after extrusion) is the talk of the dry pet food industry today. But the raw food industry is different. This is an industry that believes in the ability of dogs to eat a biologically appropriate diet – the kind dogs have evolved eating – and just handle a certain amount of bacteria. Raw food advocates believe that it’s the very rawness of the food ingredients in these diets that gives dogs the vitality to encounter and vanquish bacteria with impunity – none of the foods’ natural vitamins, enzymes, and antioxidants have been damaged by the heat of cooking or other pasteurization.

But companies, especially small companies, can handle only so many recalls, and given the FDA’s new focus on surveillance of “ready to eat” diets, the pressure is on those that make raw food diets to subject their products to some sort of pasteurization process so as not to run afoul of increased testing and potential recalls. After all, as I’ve said, we know that Salmonella is present in the food supply, so expected products that contain raw meat to test negative is setting them up for failure. Unfortunately, this may well mean that every maker of raw diets may end up having to pasteurize their products.

Proponents of HPP say this process is the best alternative to cooking or irradiation. In a nutshell, in HPP, the foods are packaged in plastic and then the packages are immersed in tanks of water and subjected to enormous pressure, which effectively squeezes the bacteria to death. But because the food is compressed into itself, the cell walls supposedly don’t break and the enzymes aren’t released (which would make the food start breaking down. The food is reportedly so sterilized of bacteria, its shelf life is often doubled.

This process is being widely used in the human food industry, especially for meats. Go look at the packaged lunch meats in your supermarket, and check the “best by” dates – they have been extended by weeks (and in some cases, months) by this process.

Super-long way of saying, hey, I’m going to go see the process in action, and I’m excited. I’ll discuss what I saw and learned in the next issue of WDJ.