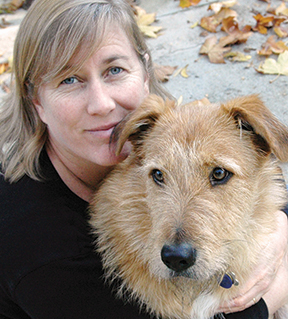 Thanks to Facebook, Twitter, and automated news feeds set up to email reports to me any time there is pet food-related news, I hear about pet food recalls almost weekly. But I don’t worry about most of them – because most of them have to do with contamination with a bacteria called Salmonella, and I’m not convinced that this is a serious concern for dogs. It’s also not a concern for anyone who washes their hands after handling Salmonella-contaminated food or dishes, and keeps said dishes away from babies or toddlers.

Before I discuss this further, a few facts about Salmonella.

Can we can get sick from Salmonella? Yes; according to the Centers for Disease Control and Prevention, humans infected with Salmonella develop diarrhea, fever, and abdominal cramps 12 to 72 hours after infection. The illness usually lasts 4 to 7 days, and most persons recover without treatment. In some persons, the diarrhea may be so severe that the patient needs to be hospitalized and vulnerable individuals can die.

Can dogs get infected with it? Yes, but only if it’s a whopping dose and the dog is immune-compromised; the digestive system of healthy dogs renders this bacteria harmless. And when you think about what dogs eat with few ill effects – feces of all and every species of animal they can find, long-dead animals, long-buried bones, and so on – it makes sense that a bit of Salmonella in otherwise wholesome food won’t hurt most dogs.

Salmonella is in pet food because it’s present in the human food supply. The foods that are most commonly contaminated with it (chicken is public enemy #1 here) are generally cooked before they are consumed. Salmonella in raw supermarket chicken is practically assumed today. As just one example, according to Food Safety News, the Institute for Environmental Health tested 100 retail chickens in 2011 and found 19 percent of the samples tested positive for Salmonella – right on the money; Federal standards tolerated 20 percent contamination with Salmonella in raw chicken at that time. (The standard was reduced to 7.5 percent in July 2012.)

The heat of the cooking methods used by most home cooks, restaurants, and human food producers kills Salmonella, but the bacteria has a leg up in pet food. Meat used in pet food is more likely to be infected; little of the meat used in pet food is kept clean and chilled all through the production process, like it is for human food, and it may be days before the raw ingredients are rendered into pet food, during which time the Salmonella can multiply. And killing Salmonella in high-fat foods (such as kibble) is difficult.

But, again, it’s not a significant problem for dogs – though I do suggest that people handle kibble and dried chews that are made from animals (such as pig ears and bull “pizzles”) more like they would handle raw chicken, and wash their hands after handling these dog products.

The only recalls that do concern me when it comes to pet food are the non-Salmonella-related ones. They are a lot less common and a lot more serious. Foods that contain overly high or overly low vitamin or mineral levels can have serious health consequences for pets (especially ones who are subjected to the same diet month in and month out). Aflatoxin is a huge concern; it kills dogs. Antibiotic residues and unapproved antibiotics in foods signify the use of unregulated ingredients (most likely from foreign-sourced meats) and are another huge concern. Recalls involving these substances should trigger immediate action by dog owners.

Unfortunately, many of us are so fatigued by the constant stream of Salmonella-related recalls, that we fail to pay proper attention when it counts.