Home Blog Listen to Your Gut When It Comes to Your Dog – and...
Print
Email
Facebook
Twitter 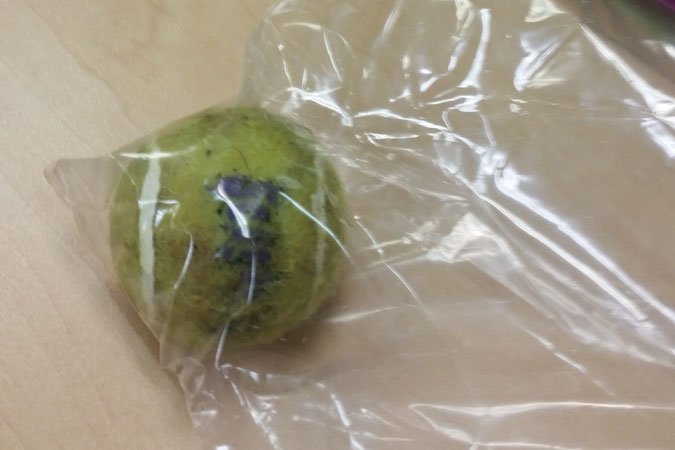 Last week, I was stressed with too many demands on my time, and trying to finish the December issue in time to travel to Florida for a dog trainer’s conference (Pet Professional Guild, http://petprofessionalguild.com/). But Woody (my adolescent dog) and even Otto, my 9-year-old solid (canine) citizen, were both telling me they needed a run. So, instead of taking them out for an hours-long hike, as I prefer to do, I headed for a school field I know, to throw a ball for them for a while, instead.

A friend called a little while before I left and asked if I was walking that evening. When I told her my alternative plan, she asked if she could meet me with her dogs. Sure, why not?

I brought a Chuckit and a Chuckit Glow ball. Woody strongly prefers tennis balls, but he’s developed a bad habit of chomping on them so hard that he splits them open within minutes, and then they don’t fly far. He hasn’t been able to tear or chew these rubbery balls, and the fact that they glow in the dark means I can run him at night and still find the ball if it takes a crazy bounce.

My friend got to the field at the same time I did, and unloaded her two dogs. The larger dog is not particularly interested in fetch games, but her little terrier/Chihuahua-mix is. For the first time ever since we’ve met, my friend brought a small tennis-style ball for her little dog to chase, and a tennis racket with which to hit it. My brain registered this fact, and I said to myself, “Oh crap. I’ve got to keep Woody away from that little ball.”

Given that the field belongs to an elementary school, I was distracted by watching the three dogs in my care, and my friend’s two, to make sure that none of them pooped out of our sight or attention; it’s simply not acceptable for dog poo to go unnoticed and un-picked-up on a school field.

I was also trying to throw Woody’s ball in the opposite direction than my friend was throwing the small ball for her dog. But twice, my distractible dog was returning to me with his big ball in his mouth when my friend hit the small tennis ball for her dog, and Woody just dropped his ball and ran in pursuit of the little one. And at almost this same moment each time, one of our dogs squatted and pooped. I ran in pursuit of the poop, but I was forming a sentence to call out to my friend. “Hey!” I was just about to say, “This isn’t a good idea; Woody is going to choke on that ball!”

I got as far as “Hey!” And Woody promptly swallowed that ball. We had been on the field for about four minutes.

The good news was, he didn’t choke!

I thought I had better go home immediately and investigate. How big, exactly, was the ball he swallowed? Could he pass it through his system? If I gave him some hydrogen peroxide to make him vomit the ball back up, could he choke on it then?

I asked my friend to investigate the package of balls she had at home. What were the ball’s dimensions? The answer came back: the ball was 1.65 inches in diameter.

I called the emergency veterinary clinic, and discussed the matter with the receptionist. He, too, was concerned about the likelihood of Woody choking on the ball as it came back up. I dropped off my other dogs at home, and headed for the clinic so I could consult with a veterinarian, not just the receptionist.

It was a fairly busy night at the clinic, so I had time to do some googling in the waiting room. I found one veterinarian’s site that helpfully said that a medium-sized dog could easily vomit up anything that was 1.5 inches in diameter or smaller, but that anything bigger might require surgery or endoscopy to retrieve. Oy! How exasperating!

Also exasperating: Two weeks ago, while watching this exuberant young dog fly through the air and contort himself in crazily athletic maneuvers while fetching, I decided I really better buy pet health insurance for him. I just can see him pulling and ACL or hurting his back. I chose an insurance company and a plan, and sent them money for a year’s worth of coverage. The company responded quickly, and sent me a letter of acceptance, indicating that coverage would commence . . . three days from the day I was sitting there in the veterinary ER waiting room. ARGH!

When Woody and I finally got into an examination room, and a veterinarian finally came in – so much for the fetch session being faster than a hike!  – we conferred about our options:

1: We wait and see if he vomits the ball on his own. (I rejected this plan right away. I was leaving town in three days for almost a week. With my luck, he’d vomit and choke while I was gone. No way.)

2: We make him vomit that night at the clinic with the vet standing by, ready to deal with a potential blockage if the ball gets caught in his throat on its way back up.

3: We give him general anesthesia, and use an endoscope to remove the ball from his stomach. The starting cost: $1,500. Ouch.

4: Surgery. I didn’t even ask about the cost of that.

I chose option #2. It wasn’t just the money. He swallowed that ball so easily, I just thought it would come back up fairly easily, too. After I made the choice, the veterinarian told me she thought this was the option she would take if it was her dog; she had confidence that even if the ball got stuck, that she and the other veterinary staff on duty would be able to get it out.

She also said that because Woody hadn’t eaten since that morning, she would feed him a can of wet food first, so there would be some soft mass helping push the ball out of his stomach.

The vet took Woody into the back, and I went out to the lobby to plug in my dying phone and pace.

It didn’t take even 10 minutes. Apparently, vets don’t use peroxide like we do; they use an injection (a $100 injection, lol) to induce vomiting. He vomited three times, and the ball was in the second batch.

Then they gave him an injection of an anti-nausea drug, to stop the vomiting, “so he doesn’t splatter your car on the way home.” That shot was $80!

I shouldn’t grouse about the money; I’m so happy to have a great 24-hour clinic not far away, and happy it turned out just fine for Woody. It was simply a costly lesson in “If you see something, say something . . . FAST!” I had a bad feeling about that little ball, but didn’t act on it quickly enough. That’s just one more mistake I’ve made with a dog that I never will again! And I hope that none of you who are reading this will make this mistake, either!