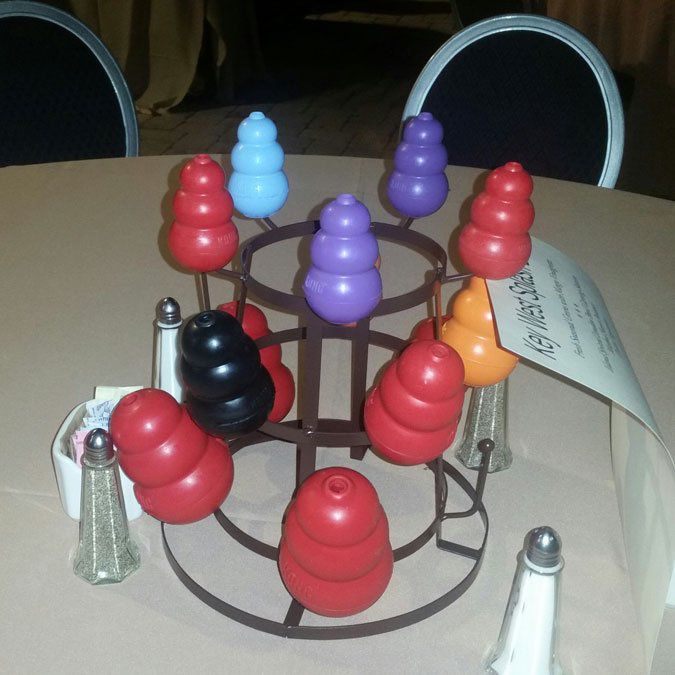 Last week, I flew to Tampa, Florida, and attended the first-ever educational conference of a relatively new organization, the Pet Professional Guild, “The association for force-free pet professionals.” PPG is a membership organization “representing pet industry professionals who are committed to results-based, science-based, force-free training and pet care.” The members are mostly dog trainers, as well as behavior-savvy vet techs, dog walkers, pet sitters, and groomers.

What a joy to be in the company of so many people who are committed to training and handling dogs without force – and who have learned, and want to share, and want to keep learning even more innovative ways to train and handle our animal companions. The number of people who now train dogs with only force- and pain-free methods has absolutely gone through the roof, and they are using increasingly creative methods for teaching dogs to behave in the ways that make their owners happy, and changing the behaviors that make owners unhappy.

I’m 52. So it’s still weird for me to meet fully formed adults who don’t remember a time when mobile phones weren’t in common use. Similarly, it’s strange – and thrilling, too – to meet talented, passionate, articulate, creative adult dog trainers who have never trained a dog with force-based methods, who have never known a world where jerking on choke chains was absolutely the normal, accepted way to train dogs. That’s the world I grew up in. In fact, many trainers my age, older, and even many of those in their late thirties and forties, are likely to refer to themselves as “crossover trainers” – people who, early in their careers, trained dogs with the accepted pain-causing methods and tools of their day, and have since learned methods that don’t hurt or scare dogs, methods that preserve the trust and confidence of their canine and human pupils. But these young trainers “came up” in a time when positive reinforcement-based training is the “new normal,” and they’ve done nothing but improved on what they learned as a first language, so to speak. I was riveted by the presentations of young trainers Chirag Patel, who trains in the United Kingdom (his business is called Domesticated Manners), and Emily Larlham, who lives in San Diego (Dogmantics). Both were kind, compassionate, gifted dog handlers with useful, fun techniques, and I hope to share some of their ideas and work with WDJ’s readers, soon.

There were two people at the conference who have been contributing articles to Whole Dog Journal, with whom I have been corresponding by email and occasional phone calls, but whom I hadn’t yet actually met face to face. Nancy Tucker is a trainer who lives in Sherbrooke, Quebec, who has written articles for us about preventing dogs from “begging” for food, door-reactivity, and the many uses of teaching a dog to “find it!” It was a delight to finally meet her and compare our impressions of the various presentations we both saw.

I also got to meet Lisa Lyle Waggoner, a trainer from North Carolina who has written a number of articles for us in the past year or so, including pieces on dock-diving, standup paddleboarding, and “rocket recalls.” Lisa’s husband Brad Waggoner is also a trainer, and they operate their training business, Cold Nose College, together.

They were also presenters at the conference, as was Nancy Tucker, and wouldn’t you know it: their talks were on the exact same day at the exact same time. Argh! I sat in on half of each of their presentations and enjoyed them both.

Our Training Editor, Pat Miller, was also a presenter at the conference. It was a joy to both hang out with her a little bit and do some planning for WDJ’s topics in 2016, as well as to sit in on one of her presentations (she was scheduled to repeat the talk / “lab” session several times) on a training method she wrote about for WDJ in October 2013. An Italian trainer, Claudia Fugazza, pioneered the method that she calls “Do As I Do,” where you effectively teach the dog to watch you (on cue) and then imitate (as closely as a dog with very different anatomy from a human’s) the behavior he observed. Pat has been offering two-day workshops on the method at her Maryland-based training facility, Peaceable Paws, for some time. Somehow, she managed to show several roomfuls of trainers how the method works in just a few hours. Some of the dogs and owners who were “lab” participants were already getting results with the method, to the delight of those of us who were in the workshops without dogs. Imagine that for a second: A crowd of training enthusiasts having a blast watch other people train their dogs in a novel, brand-new way, and breaking out in spontaneous applause when the dogs “got it.”

Okay, maybe that’s not for everyone. But I had sucha great time – and look forward to bringing you lots of new articles based on things I learned about and from people I met at the conference.