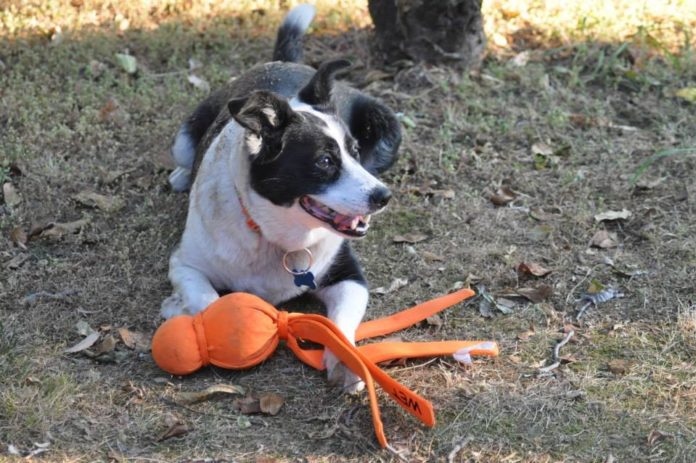 In early June I wrote a blog post about helping a friend find an appropriate dog for his family, which includes a two-year-old girl. He hadnt owned a dog for many years, and had lots of questions before and after taking custody of a prospect I found for him in my local shelter. In the blog post, I marveled at the number of things we discussed over a few-week period regarding the dogs behavior, training, health, and diet. I offer all of my friends and relatives free tech support for any dog they adopt through my local shelter, both to help them select the best candidate for their home, family, and circumstances, and to make sure that they all get off on the right foot together.

If only my local shelter, and ALL shelters, had funding to support an adoption counselor who could provide this service to all of their adopters. There are an unbelievable number of things that can go wrong, or cause an adopter to have reservations about their new dog, that can quickly doom the dogs placement.

For example, the dog I placed with my friend and his family: It didnt work out, but not for lack of trying. The family really liked the dog, but over time, it became evident that the dog was not comfortable with the child. Because I strongly feel that dogs who live with kids ought to be especially forgiving of human behavior and sincerely like kids, I had spent a few weeks with the dog before placing her in my friends home. I observed that the dog was uncomfortable with small kids at first ­ she would actually emit small growls when they first approached her, though her body language stayed loose. I also saw that within a day or two, she grew quite comfortable with both of the kids I introduced her to, my four-year-old niece and my two-year-old grandson. I made sure both kids fed her (or tossed to her) lots of treats, threw a ball for her, kicked a soccer ball with her, and rubbed her tummy (her favorite thing), and as a result, within a few hours, with careful management of both kids and dog, she quickly began greeting both children with eager tail-wagging. She also would grab a toy and attempt to initiate games of fetch with them. So I thought she might do the same with my friends daughter.

My friend and his wife really tried to make the placement work, but it was not to be. They experienced some housetraining issues, which I suspected had to do with the dogs mild separation anxiety. We talked through solutions (baby gates to keep the dog from having access to carpeted areas, supervised pottying rather than putting the dog outside unaccompanied) and got a handle on that. We discussed how one might keep a couch-loving dog off the couch, and whether the household changes they would need to put in place (more gates and closed doors) were worth it to them. But the biggest bugaboo was the fact that the dog and the child did not mesh well. After a two-week trial, though my friend had reportedly carried out all the things I had recommended to improve the dogs comfort with his daughter, the dog was still frequently greeting his daughter with growls, and had, on several occasions, added an air-snap when the two-year-old approached the dog too exuberantly. I recommended we pull the plug on that placement, for everyones safety. I brought the dog back to my home; Ill keep my eyes peeled for another dog for them  one with no reservations about kids whatsoever.

If my friends hadnt had a resource to consult, and they had selected the dog right out of a shelter, the dog may have been returned on the first day, after her first potty-in-the-house offense. Or surely, after the second or third day, when they reported that she barked a lot when they left her outside the house alone. They needed some advice for solutions to get through these crises  advice that few shelters can offer. It would have been a real shame for them to give up on a dog over issues that are easy to solve (with the right advice).

It also would have been a real shame if they hadnt given up the dog over the potentially far more serious problem: her discomfort with the child in the house. They really liked the dog  so much so that they might have hesitated longer to return her, had I not insisted that a two-week trial was more than enough to determine that she was, in fact, getting less tolerant of their daughter, not more comfortable. If this had been a typical shelter adoption, they may have weathered the initial problems they experienced with the dog on their own  only to fall victim to a worse situation.

After near-daily reports from my friend that the dog was still growling at the child, despite their efforts to manage the dog/kid interactions and use counter-conditioning and desensitization, I felt certain that this particular dog/kid situation was untenable  at least without major commitment to scrupulous management and extensive coaching (preferably in-home, private training with a good trainer). In the space of those two weeks, the dogs growling had not vanished or diminished; she had actually increased the volume of her message of discomfort to include air-snaps. The next step was likely to be a bite as the dog tried to get more space between herself and the child.

I shudder to think about how many dogs go home and are put in situations like this where they just cant win, and when they make an inevitable mistake, are returned to a shelter and forced to pay for it with their lives (because many shelters will consider a dog who bit someone in one home to be too much of a risk to place in any other home). I was proud of my friend for making the difficult decision to return the dog to me, before anything happened that couldnt be taken back.

Im now in the process of counseling another friend through early days with the same dog. This friend is single and childless, and loves all the dogs stock-dog quirks and playfulness. However, my friend works longs night shifts, which pose a challenge for this dogs separation anxiety. Weve had to employ melatonin, food-stuffed Kongs and raw bones, a tall baby gate, an extra comfy dog bed, and even an overnight visit with one of my dogs (Tito), to convince the dog that sleeping in the house all night without humans isnt a sign that her world is crumbling or that she may have been abandoned. Once again, without some guidance, my friend probably would have given up on this dog in the first few days  only this time, it seems like the counseling and advice might result in long-lasting solutions and a solid, happy adoption.

Goodness knows, Im not perfect. I may have made a mistake in the dogs initial placement, and a professional trainer would probably have given both of my friends better advice about handling this nice little dog (no dog is perfect, either). But what do most people do when they adopt a dog and then find themselves struggling with behavior or health problems theyve never before experienced with a dog? In an ideal world, they would have a trainer and a veterinarian all lined up and available to help them, but Im not sure a single person I have ever known has put these precautions into place ahead of time. And adoption counselors? Ive heard of them at large shelters in good-sized cities, but my local (small, underfunded, rural) shelter doesnt have any money to spare for someone of that job description  even though I think theyd have far better adoption rates if they did. A well-trained behavior counselor might even be able to help address the problems that people have with dogs who were not adopted at the shelter — to reduce the owner-surrender rates, too.

Does your local shelter have a behavior and/or adoption counselor? Tell us how they do it.

When Dog Ownership Gets Tough

Nancy Kerns
7
If you have been following the weather news, you might have guessed what this post was going to be about, am I...