When a dog snaps or bites, the behavior is often described as “coming out of the blue.” Dogs are masters of communication, but there’s a definite language barrier between dogs and humans. As a result, many of a dog’s early attempts to communicate his concern over a situation are missed or misunderstood. When it comes to resource guarding the food bowl, knowing what to look for is a key step to catching developing issues before they become more serious problems.

It’s a safe bet we all agree that a dog who snaps at or bites a human when near the food bowl is saying, “Get away from my food!” But fortunately, most dogs are willing to employ a variety of communication tactics prior to the flash of teeth. They include:

Some dogs always eat fast – it’s just part of their personalities. But a dog who feels threatened when a human approaches his bowl will start eating even faster. “This is MY food! I’m going to eat it all before you can get it!” Some dogs will also try to position themselves between the owner and the bowl, attempting to body-block the owner’s access.

If the perceived threat persists, a dog will typically change tactics. Now, rather than eating faster, he often freezes. In his mind, there’s definitely something to be concerned about, and he’s trying to decide how best to proceed. The freeze is typically accompanied by what trainers call a “hard eye.” It’s a dirty look that means business. “No, really. This is MY food. I’m not messing around.”

If the dog still feels threatened, he may decide it’s time to escalate his behavior to include threats of violence. This usually includes a lip-curl and/or growl. Mentally sound dogs do not choose to engage in violent behavior when threats of violence will do. Aggression is costly. It requires extreme amounts of energy and puts the animal at risk. When a dog curls his lip or growls, understand that he’s doing so in an effort to keep from having to escalate further.

If the early communication is ignored, and the dog still feels threatened, a snap or bite is next in the communication protocol. The previous three tactics can happen quickly and are easily missed when you don’t know to look for them. This makes it more likely that people believe the snap or bite has happened “out of the blue.” For this reason, it’s important that people learn to read dog body language. The earlier we can accurately interpret a dog’s attempt to communicate with us, the better the prognosis when it comes to modifying behavior problems.

A final note: Remember that growling, while undesirable, is an important piece of information. It’s a dog’s way of telling us he’s uncomfortable with something. Many people are quick to punish a dog for growling. Such actions address the symptom (the growl – which is communication), rather than the problem (what’s causing the dog to feel concerned enough to growl).

Unfortunately, punishment can teach a dog not to growl, but does nothing to change his underlying emotional state. As a result, these dogs sometimes do bite without warning (“out of the blue!”) because the warning has been punished out of them. This creates a much more dangerous and difficult behavior to modify.

For more information, see “Resource Guarding and What to Do About it,” WDJ August 2015, and “Understanding Why Your Dog Growls,” October 2005. 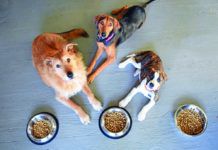 5 Reasons NOT to Free-Feed Your Dog 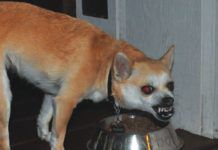 Resource-Guarding And What To Do About It 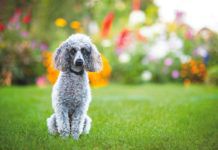