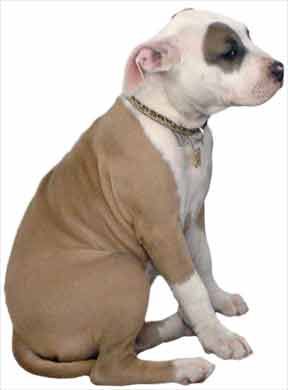 In May, I attended a seminar given by noted veterinary behaviorist Nicholas Dodman, section head and program director of the Animal Behavior Department of Clinical Sciences at the Tufts University Cummings School of Veterinary Medicine. The seminar, “The Well Adjusted Dog: Secrets to Understanding Canine Behavior,” covered a number of behavior problems, including aggression, separation anxiety, phobias, post-traumatic stress disorder, and canine compulsive behavior. I was most interested in his recommendations for dogs with sound sensitivities, having had a dog whose severe noise phobias eventually degenerated into generalized anxiety disorder, from which she never really recovered (see “Chill Pills,” Whole Dog Journal July 2006).

One of the important things I learned is that Dr. Dodman now recommends clonidine instead of alprazolam (Xanax) when quick-acting help is needed for dogs with storm and other noise phobias. He prefers clonidine due to the high frequency of paradoxical excitement he sees in dogs treated with alprazolam, and because it is non-addictive, unlike alprazolam. He calls clonidine his “new favorite secret weapon” for treating storm phobias and other fear-based behavior problems, including separation anxiety and fear aggression.

Clonidine is an alpha-2 agonist; “agonist” is the opposite of “antagonist,” meaning it mimics or increases the effects. Used to treat high blood pressure in humans, clonidine acts in the central nervous system to inhibit the release of norepinephrine (related to adrenaline), a modulator of the “fight or flight” response. According to Dr. Dodman, this drug has few side effects, with sedation being the most common. Because of its effects on blood pressure, it should not be used for dogs with severe cardiovascular or renal disease.

Clonidine can be combined with other drugs used for treating fear and anxiety, including selective serotonin reuptake inhibitors (SSRIs), such as fluoxetine (Prozac, Reconcile), and tricyclic antidepressants (TCAs), such as clomipramine (Clomicalm). Due to the cumulative effect on blood pressure, caution should be used when combining with beta-blockers, digitalis, or calcium channel blockers. Like all of these other drugs, it should not be combined with monoamine oxidase inhibitors (MAOIs), such as selegiline (Anipryl, l-deprenyl) and amitraz (Mitaban, also used in Preventic collars).

Clonidine is a short-acting drug, and so is best used for dogs who need only occasional relief, or combined with other longer-acting drugs, such as Prozac or Clomicalm, as needed for additional effectiveness in treating separation anxiety and other fear-based behavior problems. Because of Prozac’s safety margin, Dr. Dodman now prefers a combination of Prozac and clonidine rather than clomipramine and alprazolam for treating fear-based behavior problems.

Dr. Dodman recommended dosages up to 0.05 mg/kg clonidine (about 1 mg for a 40-pound dog) as needed or twice a day, but would start with 0.01 to 0.02 mg/kg and increase as needed. The drug takes effect in about half an hour, and lasts for three to four hours. If used long-term, it should be weaned off to avoid a spike in blood pressure.

Dr. Dodman also uses melatonin for storm phobias. He says he gives the standard human dosage, 3 milligrams, to dogs weighing 40 to 60 pounds, but will increase that amount to 6 or even 9 milligrams as needed. Melatonin is a hormone that is very safe to use; he said you couldn’t poison a dog with melatonin if you tried. It can be combined with other behavior-modifying drugs as needed.

Medications can provide the help that is needed for behavior modification therapy to work. Behavior problems respond better and more quickly when treated with a combination of behavior modification and drug therapy. For those who need more help, Tufts offers remote behavioral consultations through its PETFAX and VETFAX services.

I wish I started drug therapy for my dog earlier and more aggressively; it might have prevented her phobic behavior from escalating until it ruined her life. I encourage anyone whose dog shows increasing fear-based behavior to explore drug therapy. Don’t make the mistake I did of not wanting to “drug” your dog; the right behavior medication can improve quality of life and allow your dog’s natural personality to reemerge. 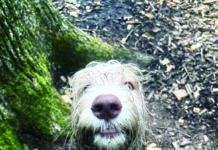