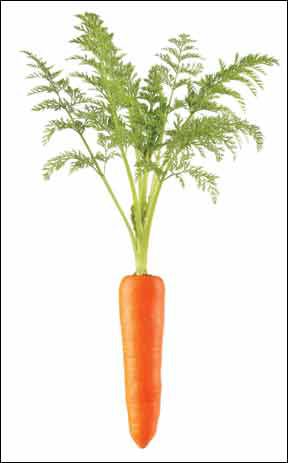 A special, perfect food for every dog? That’s what the pet food industry would like you to believe; that’s the direction taken by most of the large pet food makers – foods for tall dogs, small dogs, fat dogs, old dogs . . . you get the picture. The tactic must work, because all the biggest companies do it, and they wouldn’t make so many foods if they weren’t selling well.

Dog owners should be aware, though, that there are actually only two types of products that provide legally defined “complete and balanced nutrition” for dogs. These are “adult maintenance” products formulated for adult dogs, and “growth and reproduction” (also known as “all life stages”) products formulated to meet the increased nutritional requirements of pregnant and nursing females and puppies.

As we explained in “Special Education” (in the May 2011 issue), only these two sets of “nutrient profiles” have been established as the basis for regulation of dog food in the U.S. There are no other dog food descriptions with legal mandates for certain nutrient levels.

We’ll say it another way: There are no legal nutritional guidelines or standards for foods that are identified by their makers as intended for senior dogs, weight loss, toy breeds, indoor dogs, Chihuahuas, or joint health. If they have a “complete and balanced” statement on the label, they meet the requirements for either adult dog maintenance or “growth and reproduction.”

Most of the giant pet food companies continually conduct research and tinker with their formulas, looking for anything that “performs” better in the dog. They want to be free to innovate and incorporate anything that gives their products a market advantage, including trendy food ingredients and higher (or lower) than average amounts of certain nutrients. No one in the industry wants another set of nutritional standards they’d have to meet for a certain type of food.

Devil Is In The Details

Now that you understand that there are absolutely no regulations or standards that ensure that a “senior” dog food has anything unique to offer senior dogs, or that a food for “indoor” dogs is in any way different from foods for outdoor dogs, you’re ready to look at these sorts of products with a justifiably cynical eye.

If you’re considering one of these specialized foods, try to determine what, exactly, are the features that are supposed to be unique to that product and so allegedly perfect for dogs like yours. In many cases, the differences in formulation between the “special” food and the plain old adult variety are negligible – but you won’t necessarily be able to ascertain that from the description of the product on the front of the bag, the company website, or the product’s literature.

As always, your best clues for a reasonable analysis of a dog food are found on its list of ingredients and guaranteed analysis (GA). By law, only the minimum amounts of protein and fat and the maximum amounts of fiber and moisture in the food are required to appear on the GA. However, when it comes to specialized foods (with attendant claims of special benefits) the makers should, in our opinion, include those nutrients on the GA.

For example, “joint health” foods generally contain glycosaminoglycan (GAG) supplements, such as glucosamine and/or chondroitin). If we were paying a premium for a product that contained a GAG supplement in a supposedly therapeutic or beneficial dose, we’d want to see the type of supplement used, and in what amount, guaranteed by its inclusion on the GA. (The GA is subject to testing and enforcement by state feed control officials.) And we’d be fairly suspect of a “joint health” product that did not have its “joint health” ingredients quantified on the GA. (We’ll discuss GAGs more in just a minute.)

The next thing we’d do is compare the ingredients list and GA of the “special” food with a regular, adult version of the food from the same company. If there are only minor differences between the ingredients of the two foods (say, the fifth and sixth ingredients are reversed), or only a small difference in the amount of fat or protein, you’re probably paying for marketing, not a genuinely novel food for your special dog.

Some pet food makers are fiddling with the physical form of the food to customize it for certain dogs. “Large bites” and “small bites” have been around for ages, but today some companies are going farther. For example, Royal Canin has a food intended for Golden Retrievers, with a kibble shape the company describes as “specifically designed to prevent gulping, help your dog to feel fuller more quickly, and reduce the amount of calories consumed.” Hmmm . . . if they say so . . .

“Joint health” or “mobility” foods are now among the most popular types of “special” dog foods on the market. The ingredients that usually support that claim, as mentioned a moment ago, are glycosaminoglycan (GAG) supplements, although manufacturers will sometimes list other ingredients as contributing to joint health.

Glucosamine is usually derived from the shells of shellfish; the chondroitin used in dog food is usually sourced from poultry cartilage.

GAG supplements are often described as the building blocks of cartilage and joint fluid, and When given independently of the diet, the typical recommended therapeutic dose is about 500 mg glucosamine and 400 mg chondroitin per 25 pounds of the dog’s body weight per day. Dogs often require a therapeutic dose daily for as long as six to eight weeks before any improvement in mobility or a decrease in osteoarthritic pain is seen. If no improvement is seen after 12 weeks of a therapeutic dose of the supplement has been given to the dog daily, it probably will not help the dog to continue its use. We’ve heard

When GAG supplements first began appearing in dog foods, the amounts used were very low – too low, in our opinion, to provide any real benefit to the dog (though maybe their presence on the label made the owner feel better). Today, they are present in widely varying amounts in canine “joint care” products (and some senior foods).

To illustrate this point, in the table above, we’ve listed the amounts of glucosamine and chondroitin in eight joint health or senior dog foods. Notice how the amount of the supplements included in the foods doesn’t necessarily correspond with the implied level of commitment to the special purpose of the food? Innova and Wellness both offer regular old senior foods with fairly high amounts of the GAG supplements – and with very low-key descriptions of their GAG content. Contrast these with Iams’ Veterinary Formula Joint/Canine food; in our opinion, the serious name and serious description of the GAGs’ purpose in the product don’t match the amounts included. In fact, Iams’ “veterinary” product contains not much more of the supplements than one of its adult foods.

We included the Purina ONE SmartBlend food just so that you could wonder along with us: How on earth does one translate parts per million into a standard dosage of milligrams per kilogram?

The levels of glucosamine and chondroitin seem to be a major factor in how Royal Canin individualizes its many products.

Probiotic organisms are living beings that support the resident microflora of your dog’s gut. Many of the ones used to supplement canine (and human) diets are beneficial species of bacteria, including Lactobacillus acidophilus, Bifidobacterium bifidum, and Lactobacillus bulgaricus. Probiotics are credited with enhancing digestion and absorption of nutrients, supporting detoxification and elimination processes, and helping to boost the dog’s immune system.

For greatest benefit, probiotics need to be delivered to the dog:

–in a variety of species (not just one).

Prebiotics are non-digestible food ingredients that selectively stimulate the growth of the beneficial bacterial species in the colon, such as Bifidobacteria and Lactobacilli.

It’s become fairly common to see some sort of prebiotic in top-quality “natural/holistic” foods. Most common are fructooligosaccharides (FOS) – plant sugars that occur in a wide variety of fruits, vegetables, and cereals. They are produced commercially by partial hydrolysis of chicory inulin (an oligosaccharide found in chicory root), or from sucrose (sugar) using an enzymatic process. Only very small amounts of prebiotics are needed for a beneficial affect on the dog’s digestion. (Doses that are too high can cause gassiness.)

The amount or dosage of probiotics used is usually expressed in millions or billions of “colony forming units” or “CFUs.” For example, the label of the Innova Adult Large Bites food says it contains 90,000,000 CFU/lb “total microorganisms.” (The species of the beneficial bacteria used are not divulged.)

Prebiotics are stable substances; living, active probiotics are not. Heat kills them, rendering them inactive (that’s why they appear only in dry dog foods, not canned; the high heat of the canning process would kill them and render them useless). Most dog food companies that include beneficial bacteria in their products say that the probiotics are added to the food after it has cooked and cooled; and some say that live cultures were used in the food. However, none that we are aware of claim that the bacteria is still alive and active by the time it’s consumed by the dog.

Innova, for example, claims, “Innova products include live, active bacteria called probiotics . . .” We have no doubt the bacteria were alive when included in the food; probiotics are generally applied in the final step of food production. After the kibble has been cooked, cooled, and coated with a fat source, it’s dusted with the probiotic powder. But we doubt that the bacteria can survive the oxidative activity of the food as it ages and the temperatures that dry food is often subjected to.

Again, if we really wanted our dog to enjoy the benefits of a probiotic supplement, we’d look for a good supplement and administer it separately from our dog’s regular diet.

Herbs, Berries, and Fruits, Oh My

It’s gotten very popular in recent years for dog food makers to include a long list of whole, healthy foods on their products’ lists of ingredients. Please understand that while it makes a food sound delicious, the actual amount of the ingredients that appear 10th or 15th or 25th on a list of ingredients that ends up in your dog’s tummy is very low; we’d characterize it as so low as to be negligible.

The real purpose of many of these ingredients on a pet food label is to whet your appetite. Pet food industry publications sometimes describe this as “humanization” of the pet food. If you want your dog to experience the benefits of carrots, apples, blueberries, garlic powder, green tea extract, spinach, cottage cheese, and other terrific foods that generally appear low on lists of ingredients, feed them whole and fresh as a healthy adjunct to your dog’s commerical diet.