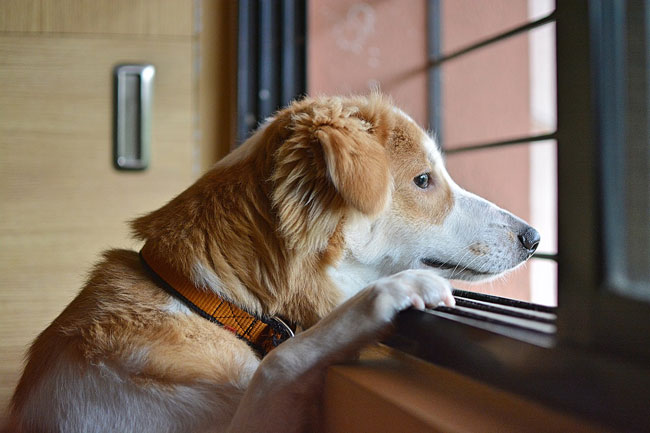 Though many people who have been sheltering in place for weeks report being confused as to the day of the week, I have been getting confused about the date every month during a certain time of the month for the past, oh, 30 years or so. For the past 23 years, the cause of this is the monthly publishing schedule of Whole Dog Journal, and prior to that, it was the monthly publishing schedule of a variety of other monthly magazines.

You see, in late April/early May, I have just sent the June issue to the printer. Shortly after I send the June issue files to the printer, they start processing the files, printing the magazine, sorting the mailing file, and ultimately mailing off the hard (printed) copies of the magazine to our subscribers. During the same time, the staff at our publishing headquarters is downloading my files and turning the pages and art I created into the online version of the magazine. In a few weeks, usually about a week before the start of the month named on the cover, all of the work at the printer and post office and publishing headquarters is done, and the subscribers get to enjoy the issue that I finished a month prior.

Again, back in that late April/early May zone, I’ve shipped the June issue and begun work on the July issue. It’s around this time that people start commenting on or asking me about articles that were in the May issue. Problem is, by this time, I have trouble recalling what was even in the June issue, much less the May issue! And if you ask me what month it is right now, I sometimes have trouble answering!

However, I wanted to let you know about a couple of articles that will appear in the June issue, even though it won’t be in your hands for another week or two. The articles address a concern that many people are worrying about right now, as many states are loosening shelter in place guidelines and many people are going back to work: helping dogs adjust to being home alone again. Our Training Editor, Pat Miller, has written an article that discusses how to recognize and prevent separation-related behaviors (SRBs) – including separation anxiety, which is one particularly serious type of SRB.

Lots of owners rely on food-stuffed Kongs, slow-feeder bowls, snuffle mats, and other food-dispensing toys to occupy their dogs and help them fill the time when they are gone. Eileen Anderson, a more recent addition to our stable of contributors (she wrote the in-depth discussion of apps that are sold as tools for desensitizing sound-sensitive dogs which appeared in the March issue), discusses food-dispensing toys and tools in the June issue. She notes that some of these tools do more to frustrate some dogs than they do to help them fill their time in an enjoyable way. Anderson discusses ways to make sure that the tools or toys you use actually do help your dog reach the food in a way that helps them feel rewarded, not annoyed.

If you live in a state that is reopening NOW, I’m sorry you have to wait for another week or so to access these articles! We started preparing them the minute we thought of the idea.