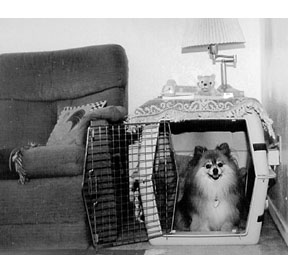 Some twenty years ago I got a new puppy. Keli was an Australian Kelpie, acquired by the Marin Humane Society to be my Canine Field Agent, partner and assistant in my daily duties as an Animal Services Officer. Being selected for this program was a huge honor and responsibility. I was determined to do everything right in caring for and training my pup.

I had heard about a new technique in puppy-raising, called crate-training, where you put your dog in a small kennel at night, and whenever you had to leave him alone. I was skeptical. Put a puppy in a cage? It sounded cruel! Still, determined to provide cutting-edge care for my pup in this cutting-edge program, I decided to try it. After all, the puppy would be with me most of the time in the animal services truck, so we were really only talking about nighttime crating. Unconvinced but determined to try, prior to bringing the pup home I purchased a crate and set it up in my bedroom.

When I brought the 10-week-old pup home, I braced myself for the two most trying challenges of puppy-raising: house training and chewing. I was about to be pleasantly surprised. The first night in her crate, Keli cried for a few minutes – typical behavior on the first night away from her mother and littermates. But then she curled up and went to sleep.

At 2 a.m. she woke me with insistent crying. She was telling me she needed to go out – WOW! I got up, took her out to pee, then returned her to the crate and went back to bed. After another perfunctory period of protest she went back to sleep. When I woke up the next morning her crate was clean, I didn’t have to worry about stepping in – or cleaning up – puppy piles or puddles, and thanks to the boundaries of the crate, there were no chewed up shoes or electrical cords. My skepticism started to fade.

Two nights later it vanished completely when I went to put Keli in her crate and found Caper, my three-year-old Bull Terrier mix, already curled up on the soft pad in Keli’s airline kennel. Caper looked up at me and thumped her tail several times, clearly saying, “These are cool! Can I have one of my own?” I went out the following day and bought Caper her own crate, and I’ve been a crate convert ever since.

The Dog Crate as a Home Within a Home

The crate is a sturdy plastic, fiberglass, wood, metal or wire box just big enough for a dog to stand up, turn around and lie down in comfortably. It can be used with the door open, at your convenience, or with the door closed, when mandatory confinement is called for.

When the crate is properly introduced using positive training methods, most dogs love their crates. Canines are den animals and a crate is a modern den – a dog’s personal portable bedroom that he can retire to when he wants to escape from the trials and tribulations of toddlers and other torments. He can take it with him when he stays at boarding kennels, and when he travels with you and sleeps in hotels and motels.

Owners love crates because they generally make house training a breeze and prevent damage to the house, furnishings, and personal possessions. They can give a new puppy-owner peace of mind when Baby Buddy has to be left home alone. They can be used for a positive time-out when visitors tire of Buddy’s antics, or when he insists on begging at the dinner table.

The crate is also a great tool for convincing owners of backyard dogs to bring their hounds into their homes (where they belong). By bringing the dog indoors but keeping him confined, at least at night, hesitant owners can ease their fears about mayhem and ruined rugs while at least partially integrating the deprived dog into the family.

The Crate is NOT a Punishment

A crate is not a place of punishment. Never force your dog or puppy into a crate in anger. Even if he has earned a time-out through inappropriate behavior, don’t yell at him, throw him in the crate, and slam the door. Instead, quietly remove the dog from the scene and invite him into his crate to give both of you an opportunity to calm down.

Nor is a crate appropriate for long-term confinement. While some puppies are able to make it through an eight-hour stretch in a crate at night, you should be sleeping nearby and available to take your pup out if he tells you he needs to go.

During the day, a puppy should not be asked to stay in a crate longer than two to four hours at a time; an adult dog no more than six to eight hours. Longer than that and you risk forcing Buddy to eliminate in his crate, which is a very bad thing, since it breaks down his instinctive inhibitions against soiling his den. Dogs who learn to soil their dens can be extremely difficult, sometimes nearly impossible, to house train – a common behavior problem for puppies from unclean puppy mills.

Training Your Dog to Get into a Crate

Most puppies, even the majority of adult dogs, can be crate-trained with relative ease. Remember that the crate should be just large enough for your dog to stand up, turn around, and lie down comfortably. He doesn’t need to be able to play football in it. If you want to get one large enough for your puppy to grow into, block off the back so he has just enough room, and increase the space as he grows. Cover the floor of the crate with a rug or soft pad to make it comfortable and inviting, and you’re ready to begin training.

Start with the crate door open, and toss some irresistibly yummy treats inside. If he is hesitant to go in after them, toss the treats close enough to the doorway that he can stand outside and just poke his nose in the crate to eat them. If you are training with a clicker or other reward marker, each time he eats a treat, Click! the clicker (or say “Yes!” if you are using a verbal marker).

Gradually toss the treats farther and farther into the crate until he steps inside to get them. Continue to Click! each time he eats a treat. When he enters the crate easily to get the treats, Click! and offer him a treat while he is still inside. If he is willing to stay inside, keep clicking and treating. If he comes out that’s okay too, just toss another treat inside and wait for him to re-enter. Don’t try to force him to stay in the crate.

When he enters the crate to get the treat without hesitation, you can start using a verbal cue such as “Go to bed” as he goes in, so that you will eventually be able to send him into his crate on just a verbal cue.

When your dog will stay in the crate with the door closed for at least 10 seconds without any signs of anxiety, close the door, latch it, and take one step away from the crate. Click!, return to the crate, reward, and open the door. Repeat this step, varying the time and distance you leave the crate. Don’t always make it longer and farther – intersperse long ones with shorter ones, so it doesn’t always get harder and harder for him. Start increasing the number of times you Click! and treat without opening the door, but remember that a Click! or a “Yes!” always gets a treat.

It’s a good idea to leave the crate open when you aren’t actively training. Toss treats and his favorite toys in the crate when he’s not looking, so he never knows what wonderful surprises he might find there. You can even feed him his meals in the crate – with the door open – to help him realize that his crate is a truly wonderful place.

If at any time during the program your dog whines or fusses about being in the crate, don’t let him out until he stops crying! This is the biggest mistake owners make when crate training! If you let Buddy out when he is fussing, you will teach him that fussing gets him free.

If, however, he panics to the point of risking injury to himself, you must let him out. You may have a dog with a separation anxiety challenge. A crate is generally not recommended for dogs with separation anxiety, since they tend to panic in close confinement. If you believe your dog has a separation anxiety problem, stop the crate training and consult a behaviorist or a trainer who has experience with this behavior.

Instead of letting your dog out whenever he fusses or whines, wait for a few seconds of quiet, then Click! and reward. Then back up a step or two in the training program until he is again successful at the task you’ve set out for him. When your dog is doing well at that level again, increase the difficulty in smaller increments, and vary the amount of time, rather than making it progressively longer. For example, instead of going from 5 seconds to 10 to 15, start with 5 seconds, then 7, then 3, then 8, and so on.

Sometimes dogs and often puppies can do the whole crate training program in one day. Some will take several days, and a few will take weeks or more. Once your dog is crate trained, you have a valuable behavior management tool for life. Respect it. If you abuse it by keeping Buddy confined too much, for too long a period of time, or by using it as punishment, he may learn to dislike it. Even though he goes to bed willingly and on cue, reward him often enough to keep the response happy and quick. Keep your verbal “Go To Bed” cue light and happy. Don’t ever let anyone tease or punish him in his crate. (Kids can be especially obnoxious about this. Watch them!)

All of my dogs quickly learn the “Go to bed” routine. I don’t even have to use the verbal cue; usually, when I emerge from brushing my teeth, they are already curled up in their crates for the night.

Pat Miller is a freelance author and a professional dog trainer in Chattanooga, Tennessee. 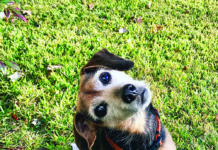 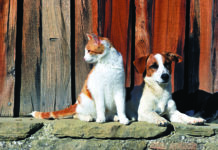 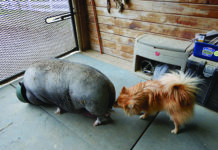 Nancy Kerns - February 20, 2020
4
Ask a dog trainer to tell you one of their biggest pet peeves about their training clients, and they will almost always mention the...