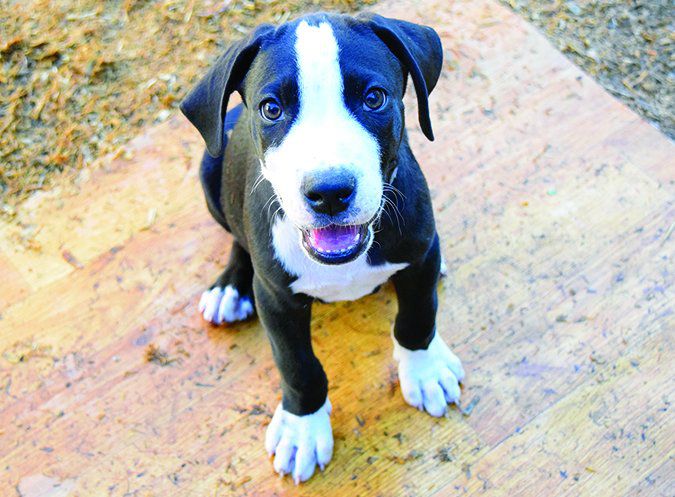 2. When feeding puppies, choose a food that is formulated for puppies OR for “dogs of all life stages” (which includes puppies).

3. Keep in mind that over-feeding puppies can set them up for lifelong health problems. Keep them lean!

For centuries, European farmers and livestock owners lived by the saying, “The eye of the master fattens his cattle.” It meant, in short, that no matter what you fed your animals, in the end it’s your vigilance – your attention to how that food agrees with them – that determines whether or not they will grow and thrive as you hope.

When it comes to feeding puppies, that adage still holds very true (well, except for the “fattened” part, but we’ll get to that in a bit). There are many different ways of feeding dogs – commercially prepared dry, wet, semi-moist, freeze-dried, and frozen options, as well as home-prepared diets that are cooked or raw, including both BARF (bones and raw food) and prey-model methods. Because feeding can evoke a strong emotional response in the human who fills the food bowl – in our world, food is love, after all – our reflexive response is often to assume that the way we currently feed is the best way.

Feeding Your Puppy for Slow and Steady Growth

But “the eye of the master” has to be objective. And when it comes to puppies, the first step is taking careful note of how he is growing: Is he too fat? Too thin? Is he growing too fast – or not at all?

You might notice that your little one eats almost as much as your adult dogs, even though he’s just a fraction of their size. That’s because, according to the National Research Council, a growing puppy has huge caloric demands, requiring about twice as many calories per pound of body weight as an adult dog of the same breed.

That doesn’t mean you should just shovel the groceries to your puppy, however. Studies show that slow, steady growth – with no dramatic growth spurts – is ideal for your puppy’s health, in particular his developing skeletal system.

The best way to determine how much to feed, Dr. Lauten says, is by “putting your hands on your puppy every week; you should be able to feel the last three ribs easily, with minimal pressure.” The spinal column shouldn’t be showing on a puppy in good weight, and unless you’re bringing up a baby Afghan Hound, the hip bones shouldn’t be poking up – but you should be able to feel them under the skin.

If your puppy looks and feels too thin, then you might need to consider increasing and/or changing his food. Conversely, if he’s doing a convincing impression of a furry beach ball, you must reduce his rations – not for aesthetic reasons, but rather out of concern for his health.

“With adequate nutrition, all puppies will grow to their genetic potential,” Dr. Lauten says. “But the rate at which they achieve that depends upon the amount of food the puppy gets. In research, puppies that were free-fed with other-puppy competition grew faster at early ages, but ran the risk of developmental orthopedic disease (DOD).” DOD refers to a constellation of problems, including hip dysplasia, elbow dysplasia, and osteochondritis dissecans (OCD).

While the puppies in those studies eventually evened out and grew to be the same size in adulthood, “The threat of DOD was present in the heavier dogs,” she explains. With increased caloric consumption, they got more calcium and uneven muscle, ligament, and cartilage growth – plus extra stress from excessive weight on developing joints.

Want to Feed Your Puppy Homemade Food? Do It Later

As home-prepared diets, whether cooked or raw, have become increasingly popular, many puppy owners naturally want to feed them to new canine arrivals in the household. But feeding puppies is more complex than feeding adult dogs. Many non-veterinarian “animal nutrition consultants” who create customized or therapeutic diets for their clients’ dogs decline to tailor home-prepared diets for puppies; the potential for disastrous repercussions from any mistakes made in formulating a puppy diet are just too great.

“I would prefer that owners not raw-feed until five or six months of age,” Dr. Lauten says, citing concern over getting the puppy’s calcium levels just right. Instead, Dr. Lauten recommends that owners who intend to feed a home-prepared diet start their pups on a good-quality commercial puppy diet, at least for the handful of crucial months when a puppy is most vulnerable to problems caused by inadequate or excessive calcium. Once the puppies have reached six or seven months of age, she suggests, they can be transitioned to a home-prepared diet, ideally one formulated by a qualified canine nutritionist.

Dr. Lauten even cautions about just supplementing a commercial diet for puppies, particularly large-breed ones, during the crucial developmental period before six months of age. “People do cottage cheese, they do eggs, they do kefir and yogurt,” she says. “I know that’s hard for people to just open the bag and put it down, but adding any supplemental food that’s more than 10 percent of their regular food consumption can set things out of balance – and this is not the time when you want an out-of-balance food.”

After four or five months, Dr. Lauten says, owners can start to supplement without fear of creating permanent damage. “The probiotics in yogurt and kefir are good, and cottage cheese and egg aren’t going to hurt,” she says. But if you are feeding a good-quality, well-formulated diet, “the supplementing is mainly for the people, not the dog.”

Note: This is one area where we differ with Dr. Lauten. In our opinion, adding limited amounts of fresh foods to a processed diet is not just about making yourself feel good. It provides real nutrition that may well be missing from processed foods that rely on synthetic supplements to provide most needed nutrients. See, “5 Steps to Enhancing Your Dog’s Store-Bought Food,” for a list of healthy foods that dogs like to eat.

How Often Should Puppies Eat?

While eating once or twice a day works well for many adult dogs, puppies need to be fed more frequently: four meals a day. When a puppy leaves for her new home at eight weeks old or later, she will likely be getting four meals a day, which can be reduced to three by the age of three or four months. As the puppy grows older and reaches the six-month mark, meals can be reduced to twice a day. Get a clear breakdown of the approximate puppy feeding timeline at Dogster.com.

Remember, of course, that no matter how many meals a puppy eats in a day, the quantity of food she needs to receive for her age and size does not change: That amount needs to be divided among the number of meals the puppy receives daily.

Now that you know a bit about the science behind feeding puppies, don’t forget that there is an art to it, too: The best “master’s eye” catches those tiny details – a lackluster coat, a lower-energy pup, digestive abnormalities like chronic diarrhea or constipation- that might signal you need to look a bit closer at the puppy’s diet. You might need to periodically adjust your feeding approach to give him what he needs to thrive. Even within a litter of puppies, there might be genetic differences and predispositions that would require you to tweak your approach.

So just be sure to cover the basics – satisfy your puppy’s energy requirements with enough (but not too many!) calories, and provide a nutritionally balanced diet, especially in those first crucial months. And then, just keep that master’s eye on things. 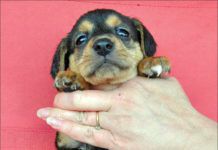 Putting Together the Puppy Puzzle 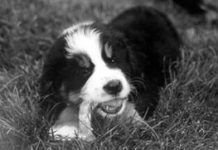 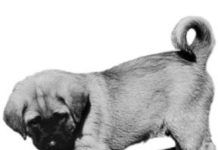