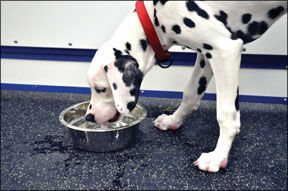 In January 2010, the Kennel Club (Britain’s equivalent of our American Kennel Club) accepted the registration of its first “Low Uric Acid Dalmatian” (LUA Dalmatian), despite protests from breed clubs.

As explained in “Cast in Stone,” page 8, Dalmatians carry a genetic mutation that predisposes them to the formation of life-threatening urate bladder stones. It is not unusual for Dalmatians to need several surgeries to remove stones during their lifetimes. Feeding a low-purine diet helps prevent urate stones, but the problem can be so severe that in some cases the only option is euthanasia. Genetic testing has shown that there are no longer any Dalmatians in the U.S. – or likely the U.K. – that carry the normal gene.

In 1973, Bob Schaible, PhD, a geneticist and breeder of Dalmatians, crossed a Dalmatian with a champion Pointer, a similar breed thought to be closely related to the Dalmatian. His goal was to produce offspring who look like purebred Dalmatians but carry a normal gene for uric acid production. The breeding was successful from a health standpoint, though the new Dalmatians’ spots were smaller and less defined than usual. The offspring and their descendants were backcrossed to purebred Dalmatians for many generations, resulting in dogs that are indistinguishable from purebred Dalmatians.

In 1981, Dr. Schaible, with the approval of the Dalmatian Club of America’s board of directors, was granted American Kennel Club (AKC) registration for two dogs from the fourth generation of the backcross. However, when the Dalmatian Club’s general membership found out and caused an uproar, the AKC refused to register any offspring from these dogs. (So much for being “the dog’s champion.”) The passage of time has not softened its stance, either. There has been no policy change since then. In fact, the Dalmatian Club banned any discussion of the topic for 22 years.

In 2006, the membership was polled again, and a majority supported continuing the testing and breeding of backcrossed Dalmatians, but in 2008, the membership again voted against registering these dogs. As a result, all Dalmatians remain affected by the defective gene that causes high uric acid.

Despite this, Dr. Schaible has continued his Dalmatian Low Uric Acid Project or Backcross Project, breeding to the best lines of Dalmatians. The offspring are now 14 generations removed from the single Pointer outcross and more than 99.98 percent of their genes are identical to those of purebred Dalmatians.

The British television show “Pedigree Dogs Exposed,” which aired in August 2008, called attention to genetic problems affecting some breeds. The public’s overwhelming response to the program has resulted in changes in breed standards and judging, as well as a commitment from the (British) Kennel Club to consider registering dogs from outcrossings and inter-variety matings if doing so may contribute to the breed’s health. In keeping with these changes, the Kennel Club now registers LUA Dalmatians, subject to certain conditions, including examination by qualified judges to confirm that their appearance meets breed standards.

The AKC’s stance as of 2002 is that a two-thirds supermajority of a breed club’s membership must approve before it will consider opening the breed’s stud book. It’s time for the AKC to take the lead in improving the health of purebred dogs – and for breed fanciers to put the health of their dogs above an insistence on genetic purity. – Mary Straus 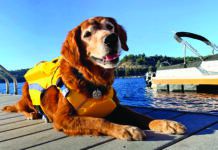 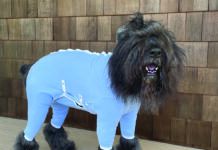 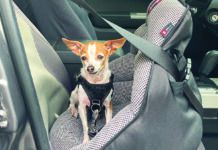