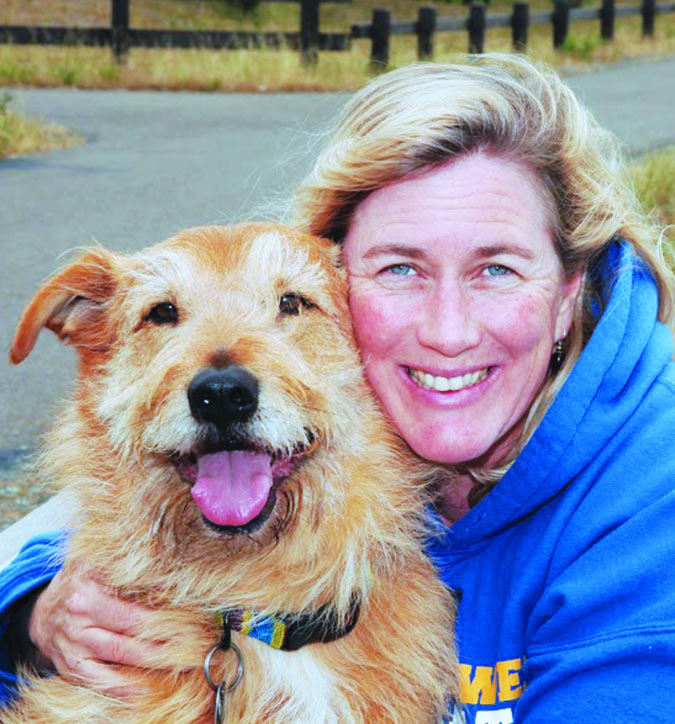 One of my biggest pet peeves with most dog owners and parents? When the authority figure (owner or parent) more or less constantly says, “No!” (as in, “Don’t do that!”) – and only rarely says, “Yes!” (as in “I like what you’re doing! Keep it up!”). It’s no fun to be around, it’s discouraging to dogs and children alike. Worse, it doesn’t offer the recipients of the message any information about what they should be doing to make their owners or parents proud and happy (or at the very least, happier).

Maybe you think this is new-agey and stupid. Before you judge, though, try this exercise with a friend or spouse: Tell your partner to think up a behavior that they’d like you to perform (or even two or three behaviors that they would find acceptable), and then instruct them to play the “warmer/colder” game in order to get you to perform the behavior/s. Only, instead of calling out “Warmer!” when you start to move in the right direction, they should just be silent. And instead of using “Colder!” as a hint that you are doing the wrong thing, tell them they should say, “No!” every few seconds, as long as you aren’t doing what they want you to do. No. No. No. No. It won’t take long for you to decide this is a stupid game.

I suspect that this is what it must feel like for most dogs (especially puppies) in a new home. Most people give their dogs almost no direction whatsoever about what they ought to be doing, but just wait for the dog to screw up. NO going in Grandma’s room! NO getting on the couch! NO taking that food off of the coffee table! NO going pee in the house! NO barking at the doorbell, TV, or microwave beep! NO chewing that sock! NO bothering the cat (or bird or fish)! It must be daunting.

But, just like kids, some dogs let the stern facial expression or tone roll right off their backs. They may pay attention at first, but very quickly, they may just tune out and ignore the stream of No’s; they just keep it up until they are physically prevented from continuing.

I find it to be so much more powerful to tell my dogs what they should be doing – if not with a cue and a reinforcing reward, by “catching them in the act” of doing an acceptable thing, and rewarding/reinforcing it. For example, when I come home from the grocery store, Otto always comes to the side gate to greet me. He sometimes barks. When he does, I either ignore him entirely, enter the house through the front door (thus avoiding contact with him), or (if I have time), I’ll wait in the car until he stops barking. If he doesn’t bark, I make sure I go to him directly for a happy greeting and at least a pat or chest rub.

As a result, he rarely barks when I get home – though he often greets me with what I call his “wookie” greeting, a long “Woooooo-woooo” sound that I just adore. That, too, gets me to stop and praise him, and kiss him on the head (which he likes). The latest thing he discovered that I can’t resist is to throw himself on the ground in front of me, roll onto his back, and curl his front paws to his chest just so – it’s so cute I can’t resist stopping to rub his chest, which he loves. Jackpot!

Try catching your dog doing something right, many times a day. It doesn’t have to be a big deal, just a happy Yes! and eye contact. You may be amazed at how well behaved he becomes, overnight.