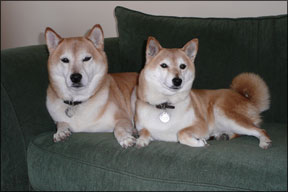 Reading Whole Dog Journal is one of the most frustrating experiences I have each month. Side-by-side with the outstanding training articles by Pat Miller and Editor Nancy Kerns’ excellent series on dog food and diet, you publish the most mind-numbing foolishness about alleged alternative healing and medicine. Your training as a journalist was seriously deficient if it didn’t teach you to investigate all such claims before your implicit endorsement by printing them.

For me the final straw was how you fell for the equivalent of a party trick, convincing you of the effectiveness of kinesiology, as related in your Editor’s Note in the November issue. That, plus the ridiculous comment by Wendy Volhard, “If you can accept Einstein’s theory that all matter has energy, sooner or later you will believe in kinesiology, too.” I challenge Ms. Volhard to site the reference for this ridiculous reduction of Einstein’s world-changing ideas, as well as the fairy tale logic that a therapy works, if only you believe in it.

In the 1980s thousands of people believed quartz crystals could cure diseases, including cancer. Why aren’t they used today at Memorial Sloan-Kettering Cancer Center? Belief is the enemy of analysis. In science and medicine, you either have the data that supports your position or you do not.

If people wish to waste their time and money on alt-med for themselves instead of pursuing evidence-based medicine, that’s their mistake (and it can be quite costly). Delaying proper medical treatment by pursuing the magical thinking of alternative and complementary medicine can seriously degrade the outcome when these therapies fail. I believe we owe it to our canine companions to rely on proven medical treatment by qualified doctors and technicians.

In support of my position I would encourage readers to explore Robert Todd Carroll’s Skeptic’s Dictionary site at skepdic.com; the Quackwatch site of Stephen Barrett, MD, at quackwatch.com; and the wonderful podcast, Quackcast, at quackcast.com.

Thanks, Joe, for that view. I very much appreciate that you find some value in Whole Dog Journal’s training and nutrition articles, even if you are uninterested in (or aggravated by!) the information we publish about alternative and complementary healthcare.

I wouldn’t expect anyone to agree with or have a use for everything we discuss. Our goal is to provide readers with good information about as many healthcare options as possible. In our experience, informed owners, armed with a wide variety of healthcare tools – from conventional and unconventional medical schools – are best equipped to avoid wasting time and money on treatments that don’t work.

I have been reading Whole Dog Journal for the past year and have enjoyed it tremendously. It offers a nice balance of numerous subjects and approaches to those subjects that I find refreshing. I’m excited about your recent series on energy modalities and wanted to mention another one: Healing Touch for Animals (HTA; see healingtouchforanimals.com).

I used energy modalities in conjunction with conventional medicine for years but never thought about using energy modalities on animals (other than acupuncture by our vet). I enrolled in HTA and started the program to help my dogs, who suffered from allergies and other minor ailments. Not long after I started the program, both of my dogs were diagnosed with thrombocytopenia (the only common link was a rabies vaccine they had received). Simon was able to fight it on his own. However, Daisuki was critical. The vet explained we needed to start chemo and a bone marrow medication immediately. If Daisuki responded to the drugs, she would be on them for at least six to eight months.

By the end of the third week it became clear that she was not responding. She had a horrific reaction to the bone marrow medication, which resulted in six more drugs for the side effects. Also, her blood counts were not responding. The vet said he would give her one more week and if her red blood cells reduced by even 0.5 percent she would need an emergency transfusion, probably spleen removal, possibly bone marrow transplant, etc.

I told him about HTA the first week and he asked me not to do it because he didn’t know enough about it and didn’t want me stimulating her immune system while he was trying to destroy it with chemo. The third week I explained it would regulate her immune system so her body could start the healing process. He said to go ahead and try it; “Why not?” were his specific words at that time, since she wasn’t responding to the drugs.

I did four treatments on her that next week and two on Simon. We returned for their blood work the following week (week 4). Simon’s results were back in the normal range, which was understandable, since he was not that far out of range. However, every blood count on Daisuki was back in normal range – not just improved, but in range. We were all stunned.

My vet started weaning Daisuki off the drugs that day and she was completely done with all medications by the end of the second month. At this point I knew I wanted to get certified in HTA. I’m currently through the program and have about six months to go with my certification.

HTA is taught as a complementary method in conjunction with conventional care. The founder of HTA came from the veterinary world and realizes this is not a replacement for conventional medicine. It is an amazing modality.