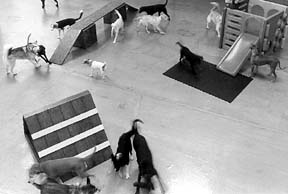 The powerful Akita lunges at the Scottie, her mouth agape, teeth flashing. With a guttural growl, her jaws close around the neck of the little black dog. She pins the wiry terrier to the ground, where he struggles, belly up, in a fruitless attempt to sink his own teeth into his attacker’s leg. As a handful of spectators laugh from a nearby doorway, the Scottie’s struggles subside until he is motionless on the floor, the Akita pinning him to the ground with her superior weight.

What horror is this? Are we witness to the awful bloodsport of underground dogfighting? Far from it. Rather, this is a perfectly happy scene from a perfectly well-managed dog daycare center. Shortly after the Akita pinned the Scottie to the floor, the little black dog leaped up unscathed, chased the big dog around the room three times, and then took his turn pinning her to the floor amidst a reciprocal chorus of happy growls and snarls. It’s all in a day’s play.

Once upon a time, it was commonplace for groups of dogs to wrestle and romp together. Farmers and ranchers kept at least several dogs at a time: some to herd livestock and protect the homestead, some for hunting, one or two to kill rats in the barn, and maybe an unusually fortunate small house dog. The dogs had the run of the farm, romped and ran together, and led doggie lives. In a society more casual than today’s, even town dogs tended to roam freely in compatible packs, sorting out their differences with an occasional scuffle that rarely turned into anything serious.

In modern society, our dogs are more likely to stay at home, safely confined to the house or the fenced backyard, plied with vaccinations, toys, and regular meals. As a result, while many of today’s dogs live longer, healthier lives than their ancestors did, they also miss out on socialization and exercise with their canine pals.

Most dogs today also lack the stimulation of a real job – the herding, hunting, ratting, carting, or guarding that they were bred to do. Left home alone all day while their families are at work and school, they are bored, lonely, restless, and unemployed. Without the opportunity to interact regularly with others of their own kind, they even forget how to speak “dog,” and when they do meet up with other canines they are often socially inept, fearful, or aggressive. The sad result is a growing population of pets who exhibit inappropriate behaviors in the home, and who are “not good with other dogs.”

Daycare to the rescue
Enter the rapidly growing phenomenon of commercial doggie daycare. Our ancestors would have laughed heartily at the notion, but an increasing number of dog owners are realizing the benefits of paying to provide their dogs with a day full of activity and supervision. Imagine the relief of owners who realize (often too late!) the difficulty of housetraining the new puppy when no one is home to take her outside regularly; now they can happily drop Puddles off at daycare in the morning, knowing that the staff can further the pup’s understanding of proper potty behavior. Those who have dogs with separation anxiety can stop administering tranquilizers (and stop taking them themselves), knowing that their house is not being systematically reduced to toothpicks in their absence.

In addition, in a well-supervised daycare program, Timid Tess can learn how to be a dog. She won’t be allowed to run with scissors, and she will learn how to play well with others. Bouncing Bob, who now spends his days at home sleeping, storing up energy for wild greetings and demands that you pay attention to him when you get home, can romp with his pals all day and come home just as exhausted as you are after a tough day at the office. A tired dog is a well-behaved dog.

Many doggie daycare programs also offer training packages, grooming services, pickup and delivery, and will even transport Fido to his vet appointments for you. Others go above and beyond, including massage, aromatherapy, and hydrotherapy in their service packages. Some provide you with photos to take home – action shots of Fido and Friends at play. Still others hold special events, such as holiday parties and outings to nearby dog-friendly parks, for you to socialize with your dog’s pals and their owners. You might even find one that operates a retail pet supply store for the convenience of one-stop shopping for your dog’s food, training tools, toys, and other accessories.

Many benefits
A dozen doggie daycare operators polled recently on a daycare e-mail list were in almost unanimous agreement that the top two benefits of their services were exercise for Fido – which tires him out and promotes good manners, and the opportunity for him to socialize with other dogs – an important ongoing experience if Fido’s owner wants him to be friendly with others of his kind.

They also listed numerous other benefits, including socialization with humans, relief from boredom, prevention of destructive behavior, a chance for the dog to have fun, and a lessening of owner guilt, for those who feel badly about leaving Fido home alone all day. All of these benefits help to create a strong bond between dog and owner; a relationship that is vitally important in order to ensure that the dog will be a beloved family member for the rest of his life.

Daycare operators offered words of wisdom to owners looking for a suitable facility for their dogs.

Jamie Lewis, of Zip A Dee Doo Dog Daycare, near North Hollywood, California, stressed the importance of having knowledgeable and caring staff, who can provide constant supervision and monitoring of the dogs. From responses to the poll, a ratio of one staff person for every 10 dogs seems to be the accepted norm, ideally with a second person on the premises at all times in case of emergency.

Cleanliness and safety, which go hand-in-glove with vaccination requirements and disease control, were also at the top of the list for almost all of the operators who responded. Several emphasized the importance of confirming that the staff’s dog handling and training philosophies are in alignment with yours, and making sure that the dogs actually play together for most of the day and are not simply stuffed into crates or kennels.

Amy Preston, owner of My Dog’s Place in Mystic, Connecticut, voiced the feelings of many of the daycare operators regarding a comprehensive screening process for potential canine clients.

“Unfortunately, not all dogs are suited for daycare,” Preston says. “We screen three times, the first time over the phone. If nothing pops up there, we mail them an information packet that includes all the good stuff about daycare, as well as the risks and requirements, and a lengthy questionnaire that tries to uncover everything from food bowl aggression to grooming needs. If this doesn’t scare them away, we make an appointment for an intake interview, where we carefully introduce the dog to our own dogs, one at a time, starting with the most mellow dog of the opposite sex. Although this may seem daunting, clients should see that this is in the best interest of their dogs. Careful screening will help create a safer environment for all.”

Mary Watcher of Animal Watchers & More, Inc., in Vermilion, Ohio, joined several of the other operators in cautioning owners to beware of overcrowding. A general rule of thumb is to allow 100 square feet for each large dog; 50 to 60 square feet for small to medium-sized dogs. This should be an enriched environment, offering toys to play with; obstacles for the dogs to run under, around, and through; hiding places and beds for dogs who want a time-out; and matted floors for safety.

Robin Barbour of Puppy Playland LLC in San Ramon, California, summed it up. “Use your own good judgment. If you get a bad feeling about the intake process, or anything just doesn’t appear ‘right,’ don’t leave your dog there. You are putting your faithful friend’s welfare in someone else’s hands. Make sure you are comfortable doing so.”

The right stuff
Not surprisingly, doggie daycare centers have an endless supply of anecdotes that they are willing to share – some funny, others poignant.

Kellyann Conway of Maritime Pet Kennel, Inc., in Tarpon Springs, Florida, tells of Alex, a Doberman client who had been coming to daycare religiously, once or twice a week, for the five years since they had opened. One day Alex’s mom called the center to tell them that Alex had been diagnosed with a rare liver disease and, according to his doctor, probably only had a month or so left to live. Because Alex loved daycare so much, she wanted to continue bringing him for as long as possible. The Conways agreed, as long as the veterinarian agreed. Alex lived for another 15 months. Owner and vet were both convinced that the combination of exercise, fun, and friends, as well as the anticipation of going to doggie daycare, kept Alex going. His blood counts taken the day after daycare were always noticeably improved, and he even ate all of his food on daycare days.

Just like us, having something in life to look forward to and enjoy can keep our dogs happier, healthier, and better behaved. Maybe it’s time to look for a doggie daycare center near you.

Also With This Article
Click here to view “Doggy Day Care Can Be A Wonderful Experience: But if it For Every Dog?”

Pat Miller is a freelance author and a professional dog trainer in Chattanooga, Tennessee. She is also a member of the Board of Directors of the Association of Pet Dog Trainers. 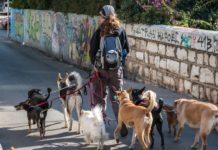 Dog Walking Apps: Are They Safe? 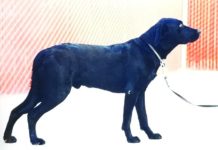