I wanted to commend you for your response to the letter regarding your “bias” (December 1999). I’m glad you said that WDJ is biased toward positive training methods! (I don’t know what kind of training that woman does, but if she needs to force or inflict pain on her animals that is in no way, shape, or form positive and motivational.) I also feel that positive training is the only way to go.

I have a 19-month old Rottie and from the age of eight weeks she was participating in an off-leash socialization class where she was allowed to play freely with other puppies, no matter what the size or breed. At nine weeks, while also attending socialization class, we started teaching her the basic commands (sit, down, stay, etc.) using positive motivation. Any other form of training couldn’t be started until six months of age and by this time she would have already started to develop her bad habits.

We taught her all of the basic commands, and many neat tricks. For instance, she can clean up her toys on command. I can’t say enough about the results I have gotten from positive motivation training. Just because the majority of trainers use some kind of training collar (choke, pronged, electronic, etc.) that does not mean it is the best or most humane method.

The letter from the Vizsla owner (December ) brought back memories. I have a six-year-old neutered male that displayed some of this dog’s tendencies, but not to that extreme. The similarity lies in the use of a gate that allows the dogs into the kitchen only.

I allowed my dogs in the kitchen also, and kept them out of the house by using a baby gate. “JoJo” is highly obedience trained, yet I always had to keep a close eye on him in public. He wasn’t accepting of strangers, didn’t like children, and heaven forbid should another dog approach us. He acted aggressive, but if you really knew body language, you could see that a lot of it was fear-based.

About two years ago, I decided to allow the dogs to become a part of the household. The gate is still used occasionally, mostly for the cats to be allowed to finish eating. Then the dogs are let loose in the house.

I quickly saw an amazing difference in JoJo. He was more relaxed, happier, and I didn’t have to use as much caution in public. He was more accepting of strangers, including children and puppies. Three weeks ago, a little girl walked him in a local dog walk. He was fine as long as I was close by. But my heart went into my throat when the child draped herself over his rump and gave him a hug. Again, he was fine.

Another surprise that resulted from this was his weight. He never got huge quantities of food, but always seemed to need more than the others. I considered him to be a “hard keeper”. But with having 20 acres to run on, nothing seemed out of line. As soon as that gate came down, JoJo began putting LOTS of weight on and his food was decreased by about 1/3. This is what made me realize what that seemingly minor separation was doing to him mentally.

The Vizsla in the article has a problem when his owners leave the kitchen. Is this the key to his behavior? Does he desperately just want to be with his pack? To us, this seemingly minor thing can mean a lot to a dog. This would be my starting point.

I agree with Pat Miller’s responses in regards to finding a positive rewards based trainer. This type of training will give the dog confidence. I also think the owners need to look at their own behavior when they have the dog out. Are they conveying tension to the dog? Do they tighten up that leash when a stranger is approaching? Are they anticipating aggression? If we expect a dog to do something, he will rarely disappoint us. Any time we’re having a problem with our dog’s behavior, we must look at our own first.

I would also like to recommend that the owners find a behaviorist in addition to a trainer. You may find a trainer that has behavioral knowledge, but if there’s ANY doubt, go to an expert. As Pat Miller pointed out, nothing can be accomplished immediately with this behavior. But the similarities between the Vizsla and my own dog tell me that they should give this option a try.

I love WDJ, but was dismayed with the article about the aggressive Vizsla. There is a very obvious reason why the male Vizsla is aggressive that was not discussed. I have had Vizslas for over 12 years and they are a most lovable and loyal breed. The reason he is probably aggressive is that he has been very stressed over his lifetime due to his environment.

Vizslas are extremely pack- and people-oriented. In fact, they think they are people. Mine follows me everywhere. The dog in this article has been confined to the family room and kitchen. He becomes aggressive when family members leave the room because he cannot follow them and thus he has become separated from his pack. Vizslas do not do well under these conditions and can become very stressed.

I suggest that this family not put the dog down, but give it to a family that will treat it properly. They need to let this dog have free roam of the house or give it to someone who will. Otherwise this dog’s problem will not get better. They need to research different breeds and find one that will tolerate separation and confinement; the Vizsla is obviously not for them. I feel sorry for this dog.

Congratulations on your excellent article about the Monks of New Skete (November). It struck a special chord for me.

First of all, we’ve always had German Shepherds, so the Monks have always held a special place in my heart. When their first book came out, I dreamed that someday we’d have one of their dogs. At that time, I was not doing much with dogs, and I knew very little about training. It was their philosophy that appealed so much to me – just as it did to you.

You probably know that Job Michael Evans wrote the Monks’ first book and later recanted his views about alpha rolls and much of the other physical “dominance” stuff. But, by the time the monks wrote their puppy book, he was long gone and in private practice in New York City.

Interestingly, it was Job who first connected me with Jack and Wendy Volhard with whom I studied for six years – until I discovered clicker training and found my real home as a trainer and instructor.

Your article is so important, especially now that the Monks’ videos are out. I still hear people talk dreamily about the Monks, and I try very hard to honor what was good about their work and to make sure that people avoid what was wrong with it. Your article will go a long way to helping. 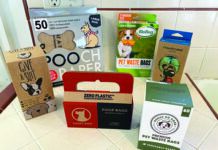