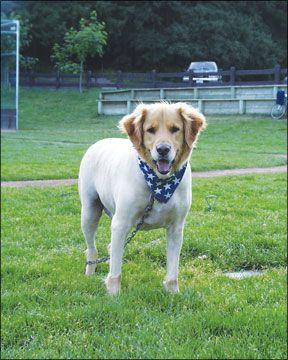 One man’s trash is another man’s ecological disaster recovery tactic. Local hair salons and pet grooming centers are saving hair and fur clippings to help with the cleanup of the British Petroleum oil spill that’s been polluting the Gulf Coast since April.

Matter of Trust, a San Francisco-based nonprofit organization, gathers the clippings and turns them into oil-collection tools. Hair is stuffed into recycled nylon stockings that are tied together to surround and contain a spill, or constructed into mats placed on top the spill. In mat form, each cubic foot can collect up to eight gallons of oil in less than three minutes.

Alabama stylist and inventor, Phil McCrory, is credited with discovering the practical use for hair clippings after viewing news footage of the Exxon Valdez spill in 1989 and seeing how the fur of Alaskan otters became saturated with oil.
“You shampoo hair because hair collects oil,” McCrory said. “Hair is very efficient at gathering oil out of the water.”
As news of the organization’s effort spreads, hair and grooming salon owners and customers from across the country have been eager to participate. “As soon as clients hear what we’re doing, they want to know more about how they can help,” said Paul McKay, owner of Salon P/F in Studio City. “Everyone has been very supportive. If they aren’t ready for a hair cut, they’re donating stockings.”

The salon collected more than three pounds of human hair in its first week of participation.
Pet grooming salon owners are equally supportive of the cause. Laurie Bliss, owner of A’ La Mutt in Studio City, started collecting as soon as she heard about the opportunity.

“Choosing to participate was easy,” Bliss says. “We’re very excited to be able to do our small part in the clean up effort. It’s heart-breaking to think of all the wildlife that’s affected by the spill. Saving and sending clippings is good for the environment and such an easy thing to.”

Bliss estimates that a busy day of grooming heavily coated breeds such as Huskies, Chow Chows, and Newfoundlands can generate up to 25 pounds of fur, adding that regardless of the breed of dog, every little bit helps. “Even our lightly-coated customers like Chihuahuas and their owners are happy to know they’re contributing to a good cause,” she said.

Matter of Trust reports that it has received hundreds of thousands of pounds of hair and fibers from around the world. Hair and fur not used as part of the current Gulf Coast clean up project will be warehoused and used for future spills.

To donate, individuals and salon owners must register at matteroftrust.org to receive routinely updated mailing instructions.

Stephanie Colman is a writer and dog trainer in Los Angeles. She also provides twice-weekly training tips for the local NBC affiliate’s morning show, “Today in L.A.” She shares her life with two dogs and actively competes in obedience and agility.