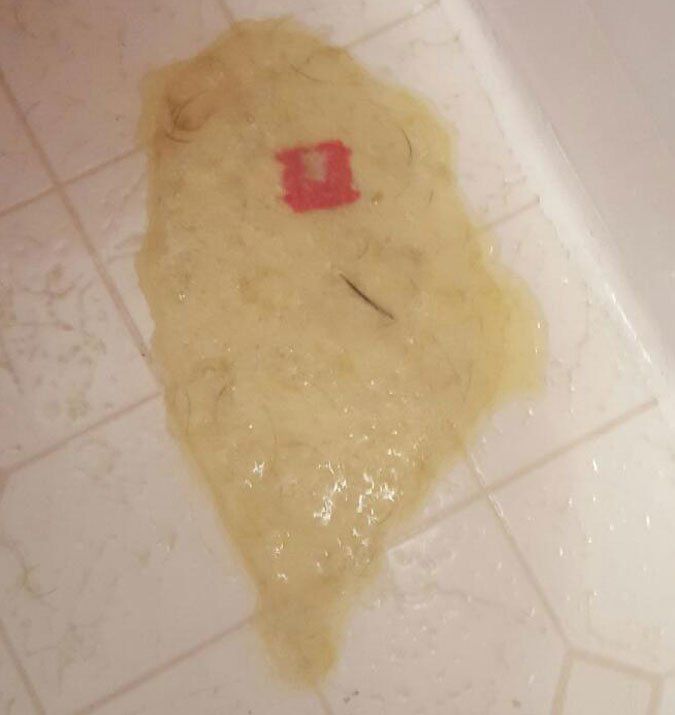 In the September issue, we published an article about gastritis – stomach inflammation that causes vomiting. I was glad that the article was fresh in my mind when my son texted me about his dog, Cole, an almost-four-year-old American Black and Tan Coonhound-mix, who had vomited bile first thing in the morning, three mornings in a row. My absolute first thought was, “That sounds just like the dogs in the article in this month’s issue!”

I grabbed the issue, and sure enough: The author, CJ Puotinen, had described two cases in which dogs had unexplained vomiting in the early morning hours, and the vomit contained only bile. Radiographs (Xrays) and ultrasound showed nothing amiss . . . but then, after weeks of this recurrent vomiting, the dog in each case vomited up a foreign object – one that in either case couldn’t have been detected with either Xrays or an ultrasound exam. In one case, it was an entire sock, and in the other, a small plastic decoration from a cupcake that the dog had pilfered off a kitchen counter!

I asked my son whether Cole could have possibly eaten something he shouldn’t have. He said nothing was missing, and that Cole is mostly past toy-chewing, though he had a slight concern over the possibility of strings from a rope toy that Cole had stolen from another dog at work. (Cole is lucky enough to get to go to work in an office with my son every day!) Rope toys are great for interactive play, but dogs should never be allowed to chew on them, and Cole had spent a bit of time chewing on one undetected under my son’s desk a week or so before all the vomiting started. But my son said that while Cole was indeed caught chewing the toy, it didn’t look like much was missing. Hmm.

I told my son to try feeding Cole a small meal right before bedtime; the inflammation that causes the buildup of bile (which makes the dog vomit) is worst when the stomach is empty, so the idea is to try to keep a little something in the stomach around the clock, as a short-term approach that might help with the diagnosis. And that of course, if he stopped eating, grew lethargic, had trouble pooping, or had any other symptom, that he should take him into a 24-hour clinic. But Cole stayed his cheerful, hungry self, and the small meals kept him from vomiting two mornings in a row . . . and then he vomited again on the third morning.

Adding to our concern was that my son needed to travel to a sports competition this week (this is here only for the very curious, and the very proud [me]: http://play.usaultimate.org/events/USA-Ultimate-National-Championships-2016/), and I was going to be meeting him to pick up Cole so my granddog could stay with me while my son was gone.

I made an appointment for Cole to be seen by my veterinarian on the day after we had arranged to meet. And then, the day before we met, my son texted me a photo of Cole’s  morning vomit – with a plastic bread bag tag in it.

And he didn’t vomit the day we made the switch, and he didn’t vomit this morning, on my watch, so I’m hoping beyond hope that the little bit of plastic was all there was to Cole’s gastritis. I cancelled the vet appointment for now. And while of course I’m going to keep watching him, I’m hoping he recovers as quickly as the dogs in the September issue article, without needing an endoscopic exam (under full anesthesia) to see if there is anything else in his tummy causing a problem. Wish us luck!