Home Blog Was Your Dog Sprayed by a Skunk? Here’s How To Get That...
Print
Email
Facebook
Twitter 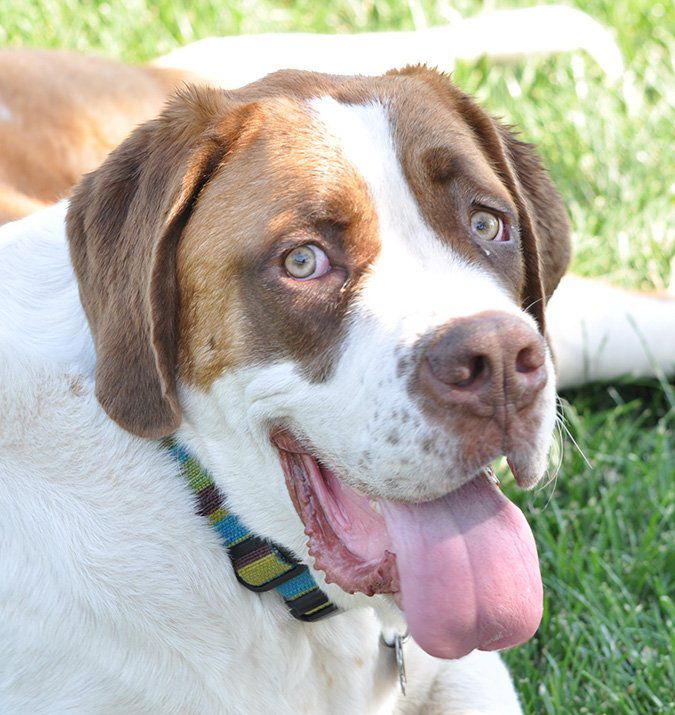 Skunks, skunks, skunks! Half a dozen of my friends have reported skunk/dog encounters in the past WEEK! These usually happen late at night, when the dog goes out for his last potty of the night before bedtime . . . and suddenly the whole family is wide, wide awake and facing an odoriferous emergency. What to do?

First, and most important: DO NOT BATHE THE DOG! Or pour tomato juice on him, or any of the other home remedies you’ve heard about. But DO check your cupboards for a quart of hydrogen peroxide (it’s usually found in most medicine cabinets in a pint size. If you have two pints, or one pint and a small dog, you’re in luck.).

You’ll want to do this as quickly as possible – both because it works best on the fresh, unoxidized compounds in the skunk “spray”, and because you’ll be suffering in the meantime. If the dog has been bathed, or even just rinsed with water, it’s not quite as effective as it would have been with fresh skunk spray. If the spray is fresh, it’s like magic, but it’s actually just good science.

Mix your quart of regular 3% hydrogen peroxide in a bowl or bucket with 1/4 cup of baking soda. This will start fizzing and bubbling (which is why one can’t pre-make the formula and store it in a bottle). Add about a teaspoon of liquid soap or dishwashing liquid; it helps distribute the stuff around the dog’s hair. Wet the dog thoroughly with the mixture, sponging carefully around the face. Most dogs’ faces will be badly skunked, so you really want to wet the face, but don’t get it in their eyes or nose, because it stings.

You’ll notice an immediate cessation of the skunk smell. Skunk spray contains a substance known as a “thiol” – an organosulfur compound that contains a sulfur-hydrogen bond. Many thiols have a repulsive and potent odor (at least to humans); thiols are said to be detectable by the human nose at concentrations of only 10 parts per billion. But the compounds can be immediately altered into odor-free neutral substances by making oxygen molecules (provided by the fresh hydrogen peroxide/baking soda mix) bond with and chemically alter the thiols.

After the dog is thoroughly wetted with the mixture, and every trace of the scent is gone, then rinse the dog with water, or bathe him with water and shampoo, to rinse off the mixture (which can irritate and dry his skin if left on).

I’ve used the mixture on my dog Otto twice; both events happened last year at about this time. He’s gotten a lot smarter, and now recognizes skunks as bad mojo; he won’t chase or approach them any more! But his Jack Russell Terrier “cousin” (my sister’s dog), has been skunked at least once annually for each of his 14 years. Owners of this type of dog are well-advised to buy quarts of hydrogen peroxide and keep them on hand at all times!