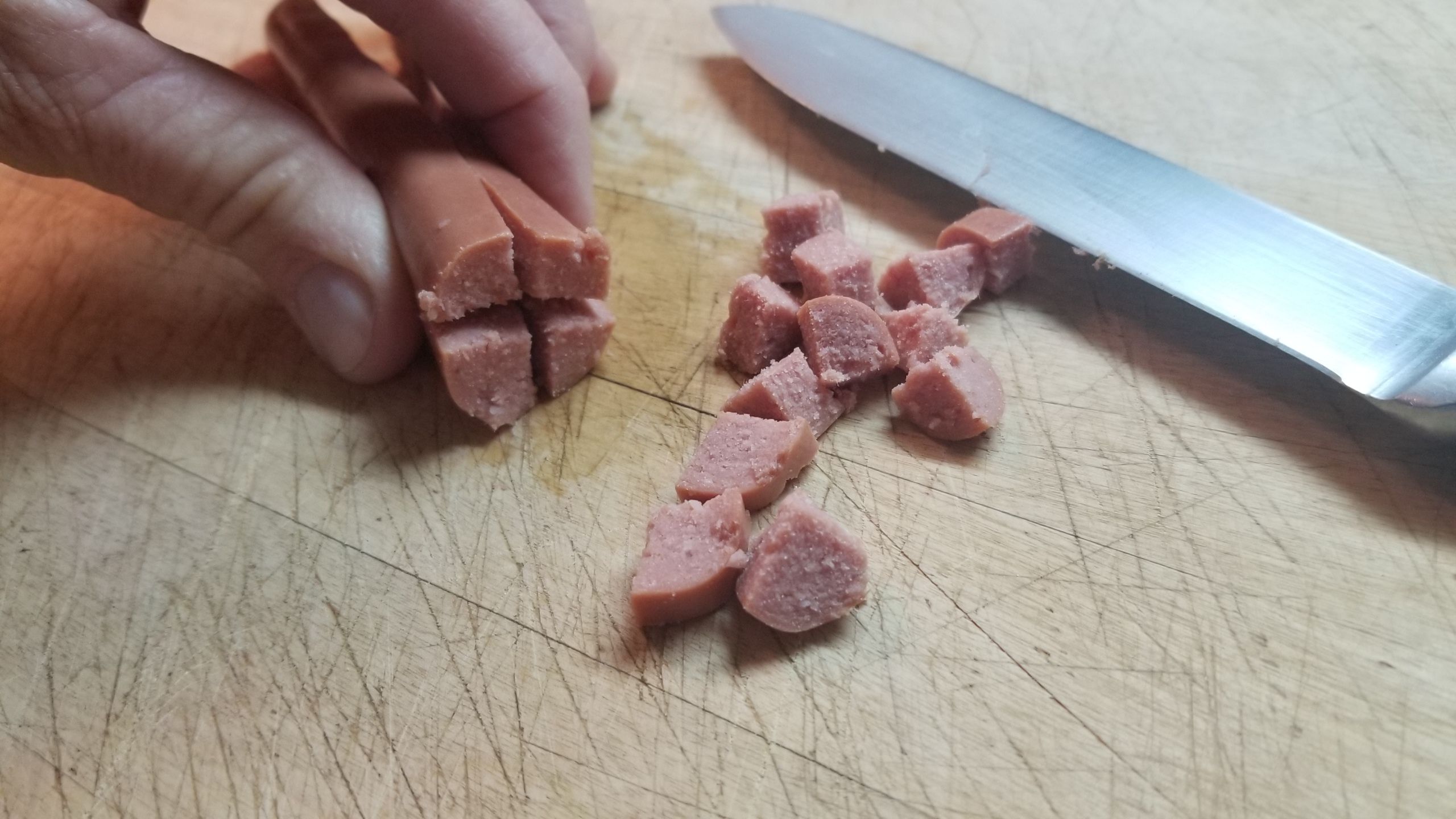 Ask a dog trainer to tell you one of their biggest pet peeves about their training clients, and they will almost always mention the fact that the average dog owner almost seems to actively resist the concept of “high-value rewards.”

I’ve sat in on a lot of different trainers’ classes, and during the first session, all trainers make an effort to describe the treats they want to see their clients bring to puppy kindergarten and beginning dog training classes: extra-special treats, such as fresh meats and tiny cubes of fragrant cheeses. Extra-high-value treats are needed, it is explained, because the group-class environment is so exciting and distracting to the dogs and puppies who are new to this, that the owners will need reinforcers of the highest value to the dogs, to capture and hold their attention in a highly distracting environment. (A training center can also be very stressful for shy, undersocialized, or fearful dogs.)

I’ve heard trainers go on and on, for 10 minutes at a time, about the need for really succulent foods to be used as treats (not just dried treats or kibble, no matter how food-motivated the pup or dog is at home), not feeding the dogs before class (so the pup won’t be full of food already and unable to physically eat much more), cutting the treats into tiny bits (so many of them can be fed in a class), including a variety (not just one type, so the dog doesn’t get bored), and bringing more than the owner thinks she might possibly need, because you will be using many, many tiny treats in a 50-minute beginning dog-training class.

Trainers make such a fuss over the value and type and variety and amount of treats because, again and again, owners arrive to class and are shocked—SHOCKED!—to discover that:

To defend their choices, almost all owners will say, “But he works for kibble at home! I thought hot dogs would be ‘high-value’ enough! And I cut that hot dog into 20 pieces!”

(For what it’s worth, when I use hot dogs as training treats, I cut each one into about 64 pieces: Slice them lengthwise, roll it over halfway and slice it lengthwise again, so you have four long, skinny pieces. Then, holding it together, slice it across, about 16 times, so you end up with 64 or so tiny treats.)

By the end of a six-week class, though, any trainer worth her salt should be able to peek in every student’s bait bag and see a wide variety of scrumptious meats and cheeses and treats, all cut into tiny bits. Success!!

The best and highest-value treats

One of the main points that trainers will make during their first-class discussion is that owners should be prepared with a toy or food treat that is THE MOST valuable to the dog, for reinforcing behaviors that are particularly difficult for the dog, or for when the dog performs extraordinarily well in the face of a particularly difficult distraction.

I recently got a great reminder of how well it works to use especially yummy treats for behaviors that are especially critical.

I used to bring the dogs with me to an office about five miles from where I live; we drove into town most mornings. Last September, my husband and I completed construction of a small outbuilding on our property and then sold the house in town that I had been using as an office (and renting rooms to students) for the past eight years or so. Since then, the dogs and I commute about 50 yards from my back door to my new little office building. It’s great! And I love the new routine—with the exception of how it sometimes clashes with the routine of one of our neighbors.

We’ve been having an ongoing issue with a guy who lives up the road and walks his dog past my property every morning. For what reason, I do not know, but he stops at a certain spot by the fence in my front yard every day without fail, fishes a treat out of his pocket, and feeds it to his dog. And then he stands there for a minute or two, just hanging out. (We’ve introduced ourselves. He’s not just hanging out because he wants someone to talk to because sometimes he is chatty and sometimes he’s not. He sometimes will indicate he is listening to something with his earphones and just wave.)

I don’t know whether it’s just the fact that he stops there (instead of walking or jogging or biking by, like most people do, unremarked upon by my dogs), or something about his dog, the treat-feeding, or the guy himself, but when my dogs are outside and they see him coming along down the rural road I live on, they immediately start barking and run to the fence. Something about his walking/stopping habit drives them nuts.

If no one were to respond to them, my dogs would undoubtedly run, barking, along every inch of the 600 feet or so of the fence line that the guy walks by. But this is a behavior I can’t live with (and don’t want them to practice), so the dogs are never outdoors without someone being alert and ready to call them back to the house at the very first bark we hear. I’m telling you, I don’t so much as step into the bathroom in the morning without calling the dogs indoors first—that’s how much I don’t want them to have a chance to practice charging toward the fence!

On the days that they happen to be outside when “the guy with the dog” comes along, I always call them in, and then give them something to reinforce their prompt response. Sometimes I have treats handy, but sometimes I might have to look in the fridge for some cheese or something. They have even gotten just plain old kibble a time or two.

But after we reviewed canned dog foods for the December issue, I had a small mountain of cans of delicious foods on hand. And if I heard the dogs alert, I whistle or call them, and run for the canned food stash. It didn’t take them long to learn to run from wherever they are on our two acres to where I am in less than the time it takes to pop the lid off a can when they hear one of my two recall cues. And their recalls were already pretty prompt! A consistent super reinforcer has resulted in a super duper recall. Best yet, now, though they still let out a few woofs when the see “the guy with the dog” coming down the road, they usually woof as they run to find me and my super high-value canned food reinforcer. This stuff really works!