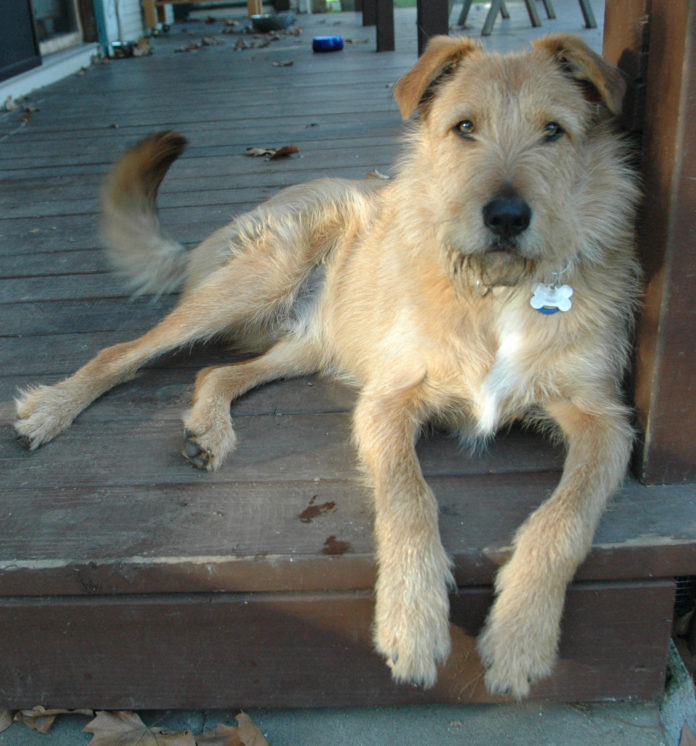 Hannah is a 12-year-old Ridgeback-mix, about 70 pounds of lean muscle and bone. Shes a constant companion to my brother, who adopted her from a shelter when she was about six months old (and who is coping with a dire prognosis right now), and to my brothers daughter, who is almost five years old, and to my brothers father-in-law, who has Alzheimers. Thats a lot of canine support and therapy to provide, but Hannah pulls it off with grace and patience. Shes more or less constantly pushing her big beautiful head into somebodys hands, or leaning her gradually weakening, aging body into somebodys legs. Im right here, pet me and we will both feel better, her huge, shining eyes seem to say.

Sadie is supposed to be a miniature Schnauzer, and she looks sort of like a Schnauzer, but she came from what was probably a puppy mill in Kentucky when she was just a tiny puppy, so theres no telling what she actually is, besides 7 pounds of nerves and sweetness. Shes my daughter-in-laws dog, and has been by her side through a number of lifes turns, both difficult andrewarding. She has a shrill, ear-piercing bark that she uses a tad too frequently, and she hasnt been trained to do anything in particular, but she, too, soaks up human attention like a sponge and rains affection back upon anyone who treats her well.

Otto is my own mixed-breed dog, nearly seven years old and wise. He always knows when Im feeling down, and positions himself nearby. Hes too polite to whine or paw at me, but will put his chin on my leg as I sit at the computer, and gaze at me patiently. He stands at the gate every time I go to the car without him, clearly analyzing what Im wearing and what Im carrying in order to understand where Im going and when Im likely to be back. He knows the blue daypack means an overnight absence, and he looks especially bereft when he sees it. On the other hand, he can pick out the sounds of my car from blocks away, and hes always dancing, wagging, whining, happy at the gate as I pull up to the house.

I dont have a point today. Im just so damn grateful sometimes for these dogs and the love they add to my extended family.