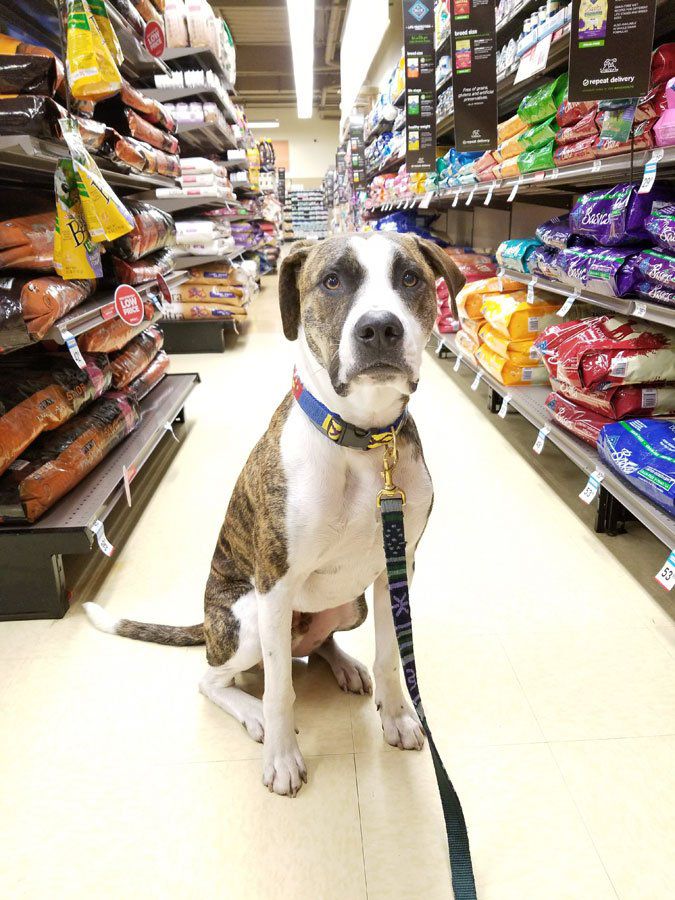 Learn more about DCM in the September 2018 issue: “DCM in Dogs: Taurine’s Role in the Canine Diet“

Note: read our update on the FDA’s latest report from July 2019 here.

I’ve been getting calls, emails, social media messages, and countless forwarded articles from other websites and publications about the grain-free dog food warning – perhaps even from you! And the first thing I want to tell you is to take a breath!

The FDA issued a warning (linked here) that it is investigating a possible link between diet and dilated cardiomyopathy (DCM) in dogs.

The grain-free dog food warning spread like wildfire through social media channels, but unfortunately, it also rapidly got dumbed down to a ridiculous level; it quickly evolved into something like “grain-free foods cause canine heart disease,” or worse yet, “boutique foods might kill your dog. The FDA characterizes the issue as a “potential association” between diets with very specific attributes (and certainly not ALL grain-free diets) and canine DCM – not a cause.

Please note that the FDA’s headline did not say anything about “grain-free diets” causing heart problems – though almost all the blog posts and articles in other publications have been saying exactly that. If you read the FDA’s statement, you will see that they said there may be a link between some grain-free diets and canine DCM, but there are also many other things going on that may be responsible for an observed rise in cases of canine DCM.

Linda Case, long-time animal nutrition expert and author of Dog Food Logic, has written an in-depth article for WDJ’s September issue that goes into lots of detail about what is known about the dietary causes of DCM, including several issues regarding taurine and the amino acids (cysteine and methionine) that dogs use to produce taurine. Click here to read her article about the connections between diet and DCM in dogs. Hint: It’s not as simple as the possibility that the diets are lacking the amino acid precursors to taurine.

[Whole Dog Journal has covered taurine deficiency in the past, regarding vegetarian diets for dogs, low-fat dog foods, and canine congestive heart failure.]

But for now, hopefully to put your mind at ease, I’m going to briefly discuss some of the pertinent facts that make the story a little more complicated than the “grain-free diets cause heart disease” headlines.

What We Know About Dilated Cardiomyopathy in Dogs

The FDA received a report from Cardiac Care for Pets, a practice that employs 19 veterinary cardiologists in Maryland, Kentucky, Virginia, and Texas, that they had seen a spike in canine DCM cases – and not just in the breeds that have a genetic predisposition to developing DCM, but also in breeds that are not known for an inherited propensity for the condition. Their report also included the fact that all of the cases had something in common: all the dogs had been eating diets heavy in peas, lentils, chickpeas, and potatoes.

Other veterinary cardiologists were noticing the same thing. The FDA received reports recently of about two dozen additional cases, including three dogs that died of the condition. After reviewing the medical records of these dogs, the FDA felt it was prudent to issue a measured warning, in part to alert dog owners and veterinarians to be aware of signs of the condition in potentially affected dogs (which, it is hoped, will elicit more data). Its warning, specifically, stated that vets and dog owners should be alert for signs of DCM in dogs eating foods “containing peas, lentils, other legume seeds, or potatoes as main ingredients.”

That’s our emphasis, but it is repeated in the FDA’s warning:

“Diets in cases reported to the FDA frequently list potatoes or multiple legumes [our emphasis again] such as peas, lentils, other ‘pulses’ (seeds of legumes), and their protein, starch, and fiber derivatives early in the ingredient list, indicating that they are main ingredients.” [Again, our emphasis.]

What is a “main ingredient”? There isn’t a legal definition, but in our book, it’s anything in about the first five ingredients on the list. As you probably know, food ingredients are listed on labels (by law) in order of their weight in the formula before the food is cooked. The first four to six ingredients generally represent the majority of what is in the food.

That said, the FDA’s warning also addressed “multiple legumes.” Our readers should be alert to the fact that food manufacturers sometimes list smaller amounts of several similar ingredients, or several constituent parts or “fractions” of the same ingredient. This not only visually minimizes the seeming presence of those ingredients in the food, but also makes the total of the ingredients ahead of these fractions seem to be present in more significant amounts than they actually are.

For example, it would appear that a food that lists its ingredients as “Chicken, peas, pea protein, pea fiber…” contains more chicken than any other single ingredient. But if you added up the total amount of pea-based ingredients, they would surely outweigh the chicken.  This is what the FDA is getting to with its warning about “multiple legumes” – foods in which the legumes, taken together, might outweigh the animal protein sources.

If You Feel Your Dog’s Food is Connected to DCM:

Based on the FDA’s report, here are our first take-away points:

– Are you feeding your dog this food because it’s the only diet you have been able to find that does not trigger other health problems in that dog? If so, continue feeding the diet, but carefully monitor your dog for any hint of signs of DCM. Also, discuss possible alternative diets and/or a blood test for taurine levels, with your veterinarian.
– Are you feeding your dog this food because you like the company, or it was recommended to you, or for no particular reason? Then consider switching to a diet that either contains fewer or none of these ingredients, and read on for more recommendations.

Not All Grain-Free Foods Are Under Suspicion

Within a matter of days of the FDA’s press release, we watched in dismay as the issue was reduced to, in the majority of cases, “grain-free diets cause heart canine heart disease. ”

But, as we have been saying for some time (most recently here), grain-free diets have gotten inordinately popular for no particular reason. Many dog owners buy these products because they have heard some vague argument that “grains are bad for dogs” – an ill-informed blanket generalization we have fought against for ages. There is no particular advantage – and actually, several disadvantages – to feeding a grain-free diet (of any kind) to a dog who doesn’t have any problems with eating and digesting grain.

Our advice has long been to feed a grain-free diet only to dogs who have a problem with digesting multiple grains. (And, if you know which grain is giving your dog problems, you could also find a food that contains different grains, instead.)

However, we would not want to be on the record as saying “all grain-free foods are bad.” That’s another ridiculous overstatement. There are some terrific grain-free foods on the market – and some dogs do far better on these products than any grain-containing foods they have been fed. Owners have to look for products that work well for their individual dogs – and be willing to change as their dogs’ needs change.

Overreaching by Those With an Axe to Grind

It was bad enough to see the FDA’s warning reduced by a combination of poor reporting, poor reader comprehension, and social media hysteria to “grain-free foods cause canine heart disease.” But some media outlets also included statements from an animal nutrition expert whose opinions on diets are consistent with those of the pet food industry corporate giants; she has repeatedly been quoted as implicating “boutique” pet foods in the current rash of reported cases of DCM. What’s a boutique food? She doesn’t define this, but we suspect it’s anything made by any company whose annual sales are less than umpteen million…

All in all, we have lost track of the number of times she has been quoted as saying that pet owners should avoid “boutique, grain-free, or exotic ingredient diets” – and, unfortunately, this over-broad and ill-defined description is finding its way into more and more discussions of this concerning issue.

We have one more bone to pick with this expert; one of her articles on this topic suggests that dog owners do themselves a favor and “stop reading the ingredient list!” This makes us absolutely see red, as it harkens back to the “bad old days” of pet food. Twenty years ago, the making of pet food was a black box. “You guys, we are the experts here, trust us!” was the message of Big Pet Food. Consumers could no more find out where a food was made or where its ingredients were sourced than find out where the company CEOs ate breakfast. A suggestion that consumers shouldn’t worry their pretty little heads about what is actually in the food they buy for their dogs, and which is listed on the label by law for the protection of consumers and their dogs, is downright insulting.

We’d like to suggest that concerned owners keep reading labels and educating themselves about canine nutrition, and, for now, limit themselves to the facts that are currently known by the FDA about this spate of canine DCM cases (here is that link again!). Also, Linda Case’s excellent article in the September issue of WDJ will also help shed much-needed light on this complex and concerning issue. 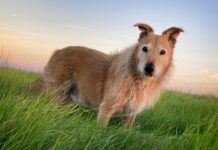 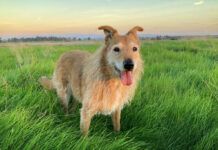 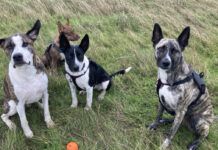