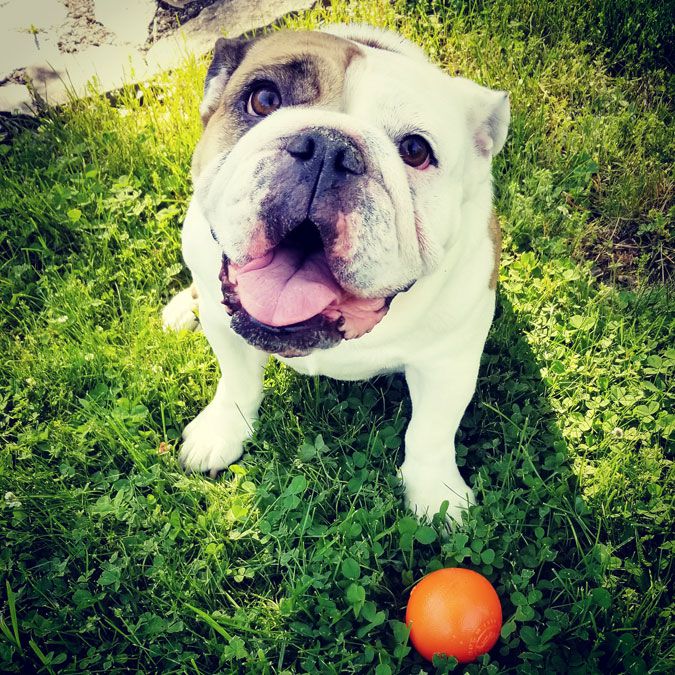 The company that I work for is based in Norwalk, Connecticut. I have worked for Belvoir Media Group for the past 22 years on Whole Dog Journal, and before that, on The Whole Horse Journal! But given that I work from my home in northern California, and do little more than just produce the editorial content of the publication, it’s easy for me to be ignorant of the dozens of people on the other side of the country who are working to support WDJ’s circulation, marketing, website, promotions, etc.

I mean, I speak regularly to my boss, and I have weekly interaction with the person who needs my weekly blog post by a certain day at a certain time . . . and, in the day of modern publishing, I now also have regular meetings with the “kids” who do “search engine optimization” and let me know what sorts of articles you guys are looking for. They track the online access to our back issues and offer suggestions on what content needs to be updated and freshened up – which is helpful, because I tend to think “We just DID an in-depth article on pancreatitis!” when in fact that article is six or seven years old now.

But every once in a while the company asks me to come out to Connecticut and work with members of the team whose names I only really know from email – and am not even really sure what they do. And what a delight it is when it turns out that some of these people are ardent readers of WDJ, and are, in fact, super dedicated dog people who are doing absolutely everything right for their dogs! What fun!

My kind of dog person

For a couple of days, I am out here working with a number of people on producing a course for new dog owners – an online guide with video and slides and all sorts of valuable content plucked from the pages of WDJ. I’m spending a few hours in a role I do not enjoy, in front of a camera instead of behind one, taking pictures of dogs. But yesterday, we filmed at the home of one of the company’s circulation directors (Belvoir Media Group publishes a lot of magazines and newsletters, not just WDJ). And what a joy it was to pull up and see, on the back of Theresa’s car, a spare-tire cover featuring a lovely photo of her Bulldog, several Bulldog-themed bumper stickers, and inside her home, a plethora of not just Bulldog-themed art, but smart dog-owner stuff everywhere! Baby gates in both the kitchen doorways. Baskets of dog toys. A variety of collars and leashes hanging by the door. And two gorgeous but dog-friendly fenced yards, where we filmed.

I brought a present for Theresa’s six-year-old Bulldog, Macy: Woody’s favorite toy in the world, a brand-new Planet Dog Squeak ball. I was happy initially because not only was Macy a particularly fit Bulldog, she immediately loved and coveted the toy (and Theresa assured me that it wasn’t indiscriminate love; “She’s very picky about her toys,” she said seriously). But then I told Theresa that I had brought some of my favorite dog treats from home, some Stella & Chewy’s Freeze-Dried Meal Mixers. And right away she asked, “What’s in them? Because Macy can’t have chicken or she breaks out in hives.” Of course, the ones I brought were chicken, but I was thrilled to meet a dog owner who was aware of the cause of a problem and proactive about protecting her dog from the problem – and who was ready with some chicken-free treats of her own to give me, so I could help guide Macy through our shots in front of the camera together. And she showed me the cues that she uses to ask Macy for the good-manners behaviors and tricks she knows. What fun!

In my part of the world, I meet a lot of dog owners who don’t microchip, who have choke chains on their dogs as a matter of course, who don’t train their dogs – or even let them in the house! So it’s a pure delight to go and meet a total stranger who works on behalf of WDJ behind the scenes who is a total WDJ-type of person.

I’ll keep you apprised about the course; it’s going to be great!