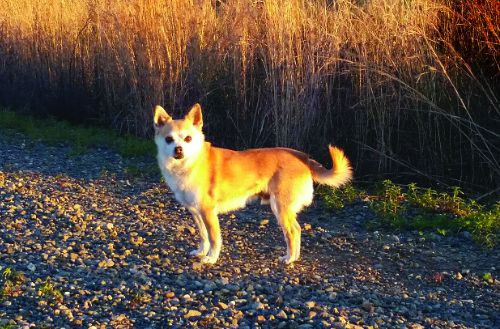 We often read discussions of whether dogs experience guilt; we’ve published a few, too. But here is a twist I don’t think I’ve ever seen discussed: A dog owner’s guilt over something related to their dog ownership.

Many of us who are old enough to have owned dogs before the advent of positive-reinforcement-based dog training – yes, this was before cell phones and when candy bars cost just a quarter – probably feel some amount of guilt and/or shame about how they trained dogs in their youth. There is a term that describes us – “crossover trainers” – those of us who started training dogs with choke chains and collar “pops.” This was the norm for anyone who wanted a well-trained dog who would walk on a loose leash, once upon a time. (It’s hard to fathom how different and wonderful it must be for trainers and owners who are, say, 30 years old or younger, who came of age in the dog world when positive reinforcement was the norm.)

Things I feel guilty about

I think back to the dog I was allowed to keep for my very own, starting when I was about 13 years old, and who lived with me into my mid-twenties. He was a half-Kelpie, part-hound-mix, dog-aggressive and, it seemed to me then, hard-headed. Frustrated by his many attacks on other dogs and not knowing anyone who knew any better than me, I physically punished him for his many transgressions. I know now that all of that punishment only hardened his negative feelings about other dogs – and far from correcting the issue, it made his hatred of other dogs worse. This was a lifelong conflict between us, and I never found a better way to deal with the behavior. Forgive me, Tavi, I honestly didn’t know any better.

My heaviest burden of guilt has to do with the death of little Tito, a Chihuahua-mix who was sort of dumped on my husband and me by his niece some years back. I didn’t really want another dog at the time, and Tito didn’t really want new owners, either. It took us all a long time to get to know each other; he was a prickly little tough guy. He didn’t like to be picked up, he was a ferocious resource-guarder, and he generally just kept his own council. Over time, though, we got used to and accepted his tough-guy independence and we all actually grew quite fond of each other.

A couple years after we had finally accepted that Tito was a member of our family, he was mortally wounded by a dog I was fostering. It took me nearly a year to process and understand what happened and to write about it; as penance for the ignorance that led to Tito’s death, I still tell the story to anyone I know who is considering fostering an aggressive dog. It’s not that dogs who display aggression can’t be rehabilitated – they certainly can. But people need to know what they are getting into, and need to protect their own families (human and canine) from getting hurt in the process. I didn’t protect Tito, and he paid for my ignorance with his life. The dog who attacked him was euthanized following the event – and this death, too, is on my hands. I am not sure when or if I can, or should, forgive myself for these deaths.

Accidents can happen to the best of us

I know two different people who accidentally backed their cars over (and killed) their own dogs, each of whom was sleeping in the driveway. Two! Both of those people were understandably wracked with guilt about these horrible accidents.

I have another friend who will never forgive herself for letting her dog off-leash to chase some birds, who were covering a huge grassy playing field at a college. But the dog chased and chased and wouldn’t come back, and eventually chased them across a busy street and was hit by a car. Despite almost immediate emergency veterinary care, he died at a veterinarian’s office less than an hour later. My friend is almost pathologically careful about letting her current dog off-leash, which is good, but I’m sorry that she still suffers about her former mistake.

Dog ownership is a huge responsibility; their lives and health are fully in our hands. Guilt over the things we’ve done wrong, I guess, helps keep us alert to the possibility that we might make other mistakes, that we have to be more careful with these precious lives. And, as the saying goes, when we know better, we can do better. Sometimes I just wish learning some of these lessons wasn’t so hard.

What do you feel guilty about? Maybe others can learn from your mistakes.