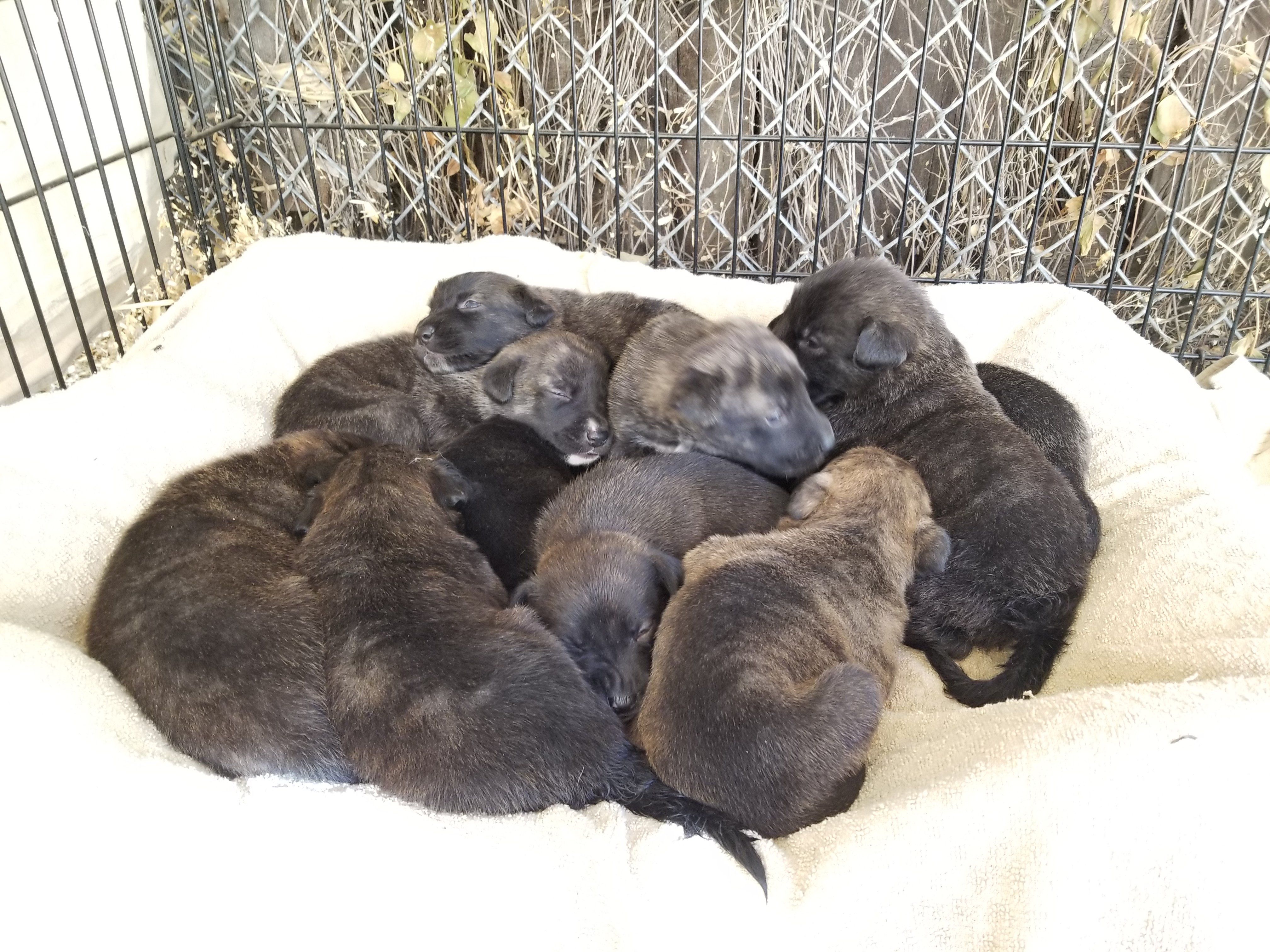 Have you ever tried to ignore the cries of an upset baby while you performed another task that HAD to get done? If so, perhaps you will be patient with this post, as it is being written even as I try to tune out some whining puppies, while simultaneously listening for sounds of serious distress.

Yes, puppies again. My local shelter called yesterday to ask if I could foster a litter of 10 pit/German Shepherd/who-knows-what-mix puppies. Well, sure, of course; I will always say yes if I am not on my way out of town or something. But this group is seriously challenging. Why?

I had spent only a few hours with these babies when I came to the conclusion that it would be WAY better for everyone concerned (the pups, sure, but also ME) if we could convince the owner to let me foster the mother dog, too, even just for another week. These guys are just not having fun without mom. Upon hearing my difficulty, the shelter director agreed, and tried to contact the person who had brought the pups to the shelter. But guess what! That person gave the shelter all bogus contact information. Great! No way to track down mom. So I will do my best and hope for the best.

It’s been a little while since I fostered a litter of puppies without the help of their mama. I honestly had sort of forgotten how incredibly MESSY it is! The babies are just covered in food, and they don’t know how to walk out of or away from their bed to go potty yet – they just stand up and pee in the bed, and poop JUST outside of the bed or JUST inches away from their food bowl, and then walk right through the poop! ARGH! It’s a serious challenge to keep both them and their environment clean.

After their first meal of some slightly watered-down canned food, I asked my young dog Woody to enter the pen, hoping that he might take pity on the tiny pups and lick a few of them clean for me. He was drawn to the smell of canned food but declined to lick anybody. He’s not really into puppies until they get old enough to play with him – darn it.

Anyway, until they mature just a little more, and start reliably pooping and peeing outside their bedding, and eating better, things are going to be a little rough around here. (Although, as I write this, it is quiet, at last, at this precise minute. I think I am going to take a quick nap. I learned this lesson when I was a mother of an infant, 26 years ago. I’m not going to pass up the chance, as it might not last long. Wish us luck!)