Readers, dog owners, can I ask you a question? Or, actually, a few related questions:

If you had to put a dollar figure on it, what would your dog’s life be worth to you? How would you justify that figure?

And, for those of you who have actually HAD TO put a dollar figure on your dog’s life in a lawsuit, or who received compensation after your dog’s life was taken by another – whether through negligence or cruelty or whatever: How much compensation were you able to receive?

Another dog lost his life unnecessarily

I’m asking these questions as I ponder the story of a friend’s pup, who was killed as he lay, on leash, at a public park, by two off-leash dogs, in front of my friend, his nine-year-old daughter, her friend, and other children and parents. I just can’t fully fathom the emotional damage done to my friend and especially his daughter, who had just completed a “puppy kindergarten” training class with her beloved dog. My friend’s daughter, an active, athletic girl, has told her dad she doesn’t want to play at the park anymore, it hurts too much. Is there a price you can put on this pain?

The owner of the attacking dog had released his dogs to run off-leash, in violation of the local leash laws. In my mind, that makes him liable for a bit more in damages, should a suit find him responsible for the loss of my friend’s pup and damages for the bites my friend sustained as he tried to save his pup from the aggressors. But the owner of those dogs stayed at the scene and took responsibility for the dogs, and, in fact, surrendered the dog most responsible for the puppy’s death to the responding animal control officer and requested that the dog be euthanized. Should that act reduce his legal liability?

What does the law say about this?

It’s my understanding that, in this country, dogs are legal property, and their loss is not treated or compensated-for as the loss of a human family member would be. But, as I sit here looking at photos my friend sent me of his happy daughter and her puppy at Christmas, and of the slain puppy and his attackers at the park a few weeks later, waiting for an animal control officer to arrive, I just can’t square the price of a puppy’s purchase with the loss my friend’s family has suffered.

I don’t even know if my friend will pursue a lawsuit or settlement, and of course there is no way of knowing how a judge might rule on such a case, or whether the marauding dogs’ owner feels any responsibility or has a homeowner’s insurance policy or some other way to attempt to compensate my friend for his family’s loss and suffering. I’m just so sad, thinking about it. What is a dog’s life actually worth today?

*A note from Nancy Kerns

In response to the many comments left by our readers, I wanted to state the following:

This is a really upsetting story, I know; I had not yet even met my friend’s puppy, but had seen pictures of his daughter and the pup together, and yet, as I have been discussing the tragedy with my friend and thinking about it – imagining it – I have been in tears several times a day. Awful!

However, I really am hoping to get more answers to the questions at the outset of the post. If you *could* name the price that you would accept for the loss of your dog, how would you set a value on his life? And, more reality-based, if you or someone you know had a dog who was killed through no fault of your own, and if you sought or received compensation for your loss, how was that compensation determined?

Also, I would like it to be known that the attacking dogs were not pit bulls – and their breed is beside the point. I have removed a post or two that was targeting pit bulls, as the breed was in no way relevant in this case. These dogs had been let off leash in a public park that has a leash law, near a children’s playground – that is the point here. 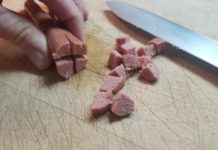 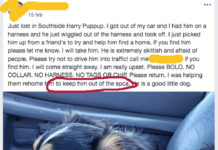 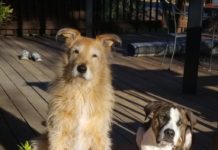 Nancy Kerns - February 20, 2020
0
Ask a dog trainer to tell you one of their biggest pet peeves about their training clients, and they will almost always mention the...