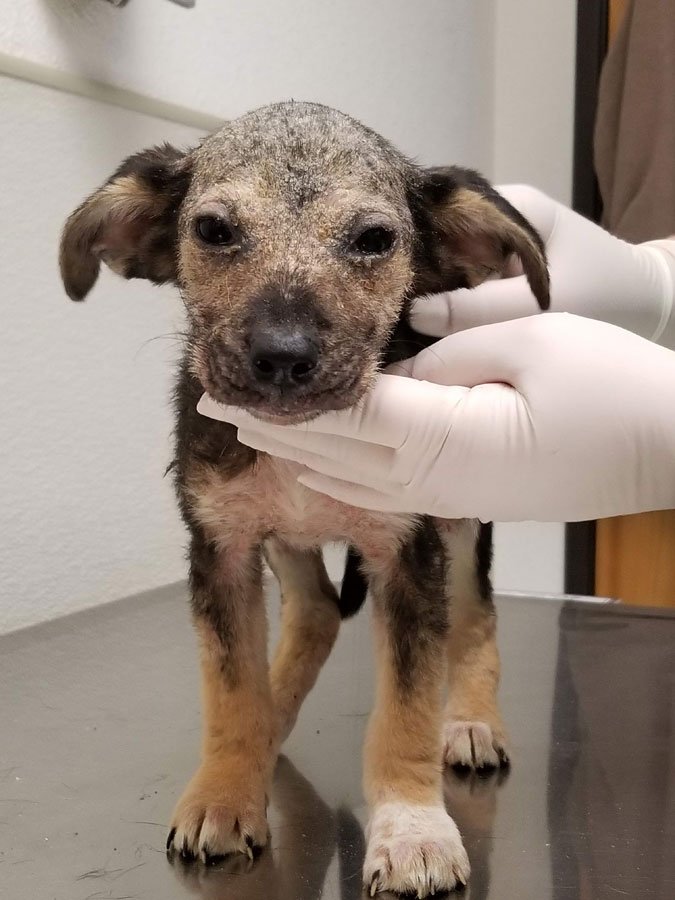 Life won’t be the same for a long, long time in this county. The death toll (88 as of this writing, and counting) is staggering, the number of missing people is still high, the number of homes burned (nearly 14,000) is unprecedented, and many of the businesses in the towns that burned won’t be able to recover.

Given that this is a rural area, the impact on the large animal population was quite severe. Many animals, wild and domestic, small and large, were killed in the fire.  Quite a few pets were saved by their owners in the mass evacuation, and many more were saved by first responders of all kinds: firefighters, police, and even utility workers. Three weeks later, animal rescue teams are still finding, catching, and evacuating animals from the fire zone. Where possible, some animals are being “sheltered in place” and provided with food and water by volunteer feeding teams.

Tens of thousands of people and animals have been affected by the fire, and thousands of people are helping those displaced. Several emergency shelters were hastily set up to contain pets. Some of the pets were left at the shelters by owners who were themselves homeless and staying in shelters; many more were rescued and brought to the shelters with either an address or rough estimate of where they had been rescued from.

The good news: The animals were alive, rescued from the fire, starvation, and lack of shelter. The bad news: Conditions in the emergency shelters are crowded and stressful. All of the animals are being kept in wire cages– you know, the kind of wire crate that folds flat when not in use. There are no kennels or runs for the dogs; the cats barely have room for themselves, their litter pans, and food and water bowls. Despite an army of volunteers arriving throughout the day to walk dogs (and clean cages and bowls, and feed and water), there are so many animals being held in these “temporary” shelters that the dogs are not getting out of those cramped cages for more than 20 minutes or so a day (and of course, the cats don’t get out of their cages at all). And we’re going on three weeks of this, with no end in sight for many of the animals.

Why? Because some of the animals’ owners are deceased or at least missing. Some animals’ owners are staying in shelters or hotels (or campgrounds or in their cars) where they can’t have their pets. Many animals have not yet been identified by their owners for any number of reasons.

Hundreds of burned animals (mostly cats) were transported to quite a number of veterinary clinics and shelters whose managers were willing to take on the care of these unfortunate victims. Again, this is great, because the animals are alive and receiving much better care than they would in the emergency shelters, but their distance from the area makes it that much more difficult for owners who have lots of other basic survival challenges now to track them down and get them back.

When I first heard about van-loads of injured animals being transported out of the area, I was beside myself; all I could think of was how distraught I would be if I could not immediately find my injured pet after a catastrophe. But a friend who was on the front lines of animal rescue following the gigantic Tubbs Fire in Sonoma and Napa Counties last year checked my outrage with a sobering fact: Many of the animals rescued from that fire were never claimed by their owners, and many were held for months by animal control agencies before ultimately being put up for adoption.

Here in Butte County, we have several times the number of rescued/evacuated animals from the 2017 Tubbs Fire being housed in temporary shelters and being cared for by volunteers. I just don’t know how long this effort can be maintained. It rends the hearts of all the volunteers.

After volunteering for hours every day for a week, I was in this emotionally bruised state when I answered a different call for volunteers, issued by the shelter where I usually volunteer.

The Northwest SPCA is the open-admission shelter that serves all the unincorporated areas in Butte County and the city of Oroville, where I live. The shelter was serving as a collection site for donations of pet food, towels, blankets, and other supplies, and the piles of donated goods quickly overflowed the shelter’s storage space.

Some shipping containers were ordered and delivered to the shelter about 12 hours before rain was forecast to begin – on the day before Thanksgiving – but volunteers were needed to sort through the donations and help move them to and neatly stack them in the shipping containers: Dog food and cat food in one (separated by canned and dry, adult and puppy/kitten), and bedding in the other (separated by towels, sheets, blankets, and pet beds). My husband and I and some friends worked at this task well into the night.

Afterward, I entered the shelter to use the restroom – and that’s when I saw the most pathetic bunch of puppies I have ever seen in my life. Seven emaciated, nearly hairless puppies with skin like raw hamburger huddled in a pet bed in a kennel, staring blankly up at me. I was frozen in place; I could not believe what I was seeing – or smelling. They absolutely reeked like yeast, just seared with skin infections. I asked one of the shelter workers (who was there working incredibly late), “What the…?”

“Oh gosh, aren’t they just sad? Someone found them in a field and brought them in last night,” I was told. “Tomorrow we’ll get a skin scraping and find out what sort of mange they have.”

“And what then?” I asked. What I know about mange could fit in a teaspoon.

“Well…” the shelter worker reluctantly told me, “if it’s one kind of mange, they will get treated for it. If it’s the other…” She shrugged.

I didn’t know this before, but like many open-admission shelters, particularly in an economically impoverished area, my shelter often euthanizes dogs who come in, like these puppies, with severe, all-body mange caused by Demodex canis, a type of mite. That’s because treatment for the condition can often take a lot of time and health complications can arise. In a home setting, treatment is quicker and more successful; in the stressful environment of a shelter, it can take far longer for the dog to recover completely and regrow his coat.

Of course, the mange these puppies had turned out to be demodectic. And of course, despite my vows to abstain from any further fostering for a few months, I had to take the puppies home. I just could NOT live with myself if I allowed their lives to end after such a short and miserable span when I knew I could do something, anything, to help them. Those blank little faces and that angry-looking skin just haunted me – and I was afraid that with all the focus on the fire victims and evacuated pets, and the shelter short-staffed as they were pulled into the rescue and emergency animal-housing efforts, the pups had no other chance.

So, for the past week, while I’ve been trying to finish work on the January issue of WDJ, I’ve been caring for this sad little litter of who-knows-what puppies. (It’s surprisingly hard to guess the breed of pups who lack hair.) Their infections are obviously linked to immune system failure, at least in part due to their malnutrition. They are skinny and yet bloated, and half of them have what’s called “carpal hyperextension” – a weakness of the carpal joints causing them to walk on their “wrists” rather than their feet, which is, we hope, a temporary condition that will improve with a good diet and better health.

But they are so depleted and weak. The largest pup in the litter, who is also the one with the most hair, is the only one who wags his tail and gets out of their bed to greet me; the rest will get up to eat, drink, and potty, and then they go right back into the bed and curl up, miserable.

I took them to a veterinary clinic and got medicine to treat the demodex mites, as well as an antibiotic and an antifungal medication to treat their skin infections. Several days into those medications, we had to abruptly stop those medicines and switch to a different antibiotic to treat the kennel cough they picked up at the shelter. The kennel cough made them feel crappy enough to lose their appetites, and I was beside myself trying to get them to eat something, anything.

And then the worst thing happened: The smallest, sickest puppy just tanked. On Sunday night, she would neither eat nor drink. Before dawn the next morning, she vomited and then had a bloody stool. I took her to the shelter, and the shelter’s vet tech ran a test for parvovirus – and the test was positive.

Puppies can be pulled through a parvo infection with aggressive supportive care, but this puppy was so weak, and had so many health challenges. The vet tech was sympathetic but grim. I was heartbroken, but didn’t want her to suffer any longer, with just a poor prognosis and no indication she had the strength to fight. She was euthanized, and I went home to both cry and redouble my efforts to get the rest of the puppies to eat.  Since the whole litter was probably exposed to parvovirus – the part of town where they were found is historically rife with parvo cases – all I can do is try to keep them warm, fed, and unstressed, and pray that their immune systems do what immune systems are supposed to do, and that the virus doesn’t get the upper hand with any of the rest.

So I’m a little behind at work, and with the formidable job of keeping these guys warm, clean, medicated, and fed, I’m not able to help at the emergency shelters – at least not until the next issue is at the printer and the puppies are out of the woods. As I write this, three of the pups now feel well enough to play, and the other three remaining pups are starting to show an interest in playing. It’s a start; I’ll take it. Keep them (and all the rest of the souls displaced by this disaster) in your thoughts, won’t you?

If you would you like to support the efforts of the animal rescue and emergency sheltering of the animals evacuated from the Camp Fire, donations are gladly accepted by the North Valley Animal Disaster Group.

Here is a linkif you would like to contribute to the medical fund for the sick puppies (or go directly to www.nwspca.org and click on the donate button).