My young dog flies across the yard, tossing his ball in the air, chasing it as it hits the ground, then picks it up and tosses it again. I look over to see my toddler take off running in the opposite direction, giggling wildly. One arm is in the air, his fingers clutching a stuffed toy. The happiness level in this scene is reaching epic heights when the toy slips from his fingers and tumbles to the ground. The pup sees this, races over, and snatches it up.

I gasp in anticipation of howls of protest from my son. But, something else happens. Something fascinating and much quieter.

This small, 20-month-old human pauses, walks over to the ball the dog dropped, calls him, and holds it out to him. The dog drops the stuffed animal and takes the ball from his hand gently. The boy picks up his toy, and they both return to their previous play.

This scene was not a lucky fluke. These two were demonstrating thoughtfully developed relationship skills, slowly cultivated and practiced over (and over) for many months. As their mutual caregiver, the work of creating a respectful, loving relationship between all members of my family, two-legged and four, was incredibly important to me, but I had little knowledge about and no experience with integrating kids and dogs.

In consultation with experts and by reviewing past issues of WDJ (see a partial list on page 11), I learned the best ways to get your resident dog or dogs ready for a baby, good management for safety and sanity, and considerations to keep in mind should you be crazy enough to want to add a puppy to your family when you have a young child.  With this critical knowledge, I was then able to begin the work of building these relationships.

Hard, yes, but so worthwhile, especially in light of new research.

In a recent study published in Pediatric Research, scientists found, after adjusting for other factors, that children ages 3 to 5 from dog-owning families were 30% less likely to have conduct problems than children of the same age in families without pet dogs. They were also 40% less likely to have difficulty relating to peers, and 34% more likely to show empathy and concern for others.

These data suggest that having a dog and interacting with it, through play or family walks, may be an important mechanism for facilitating young children’s social-emotional development.

As many in the dog world are acutely aware, laying a great foundation for a puppy to enjoy successful future relationships with kids calls for mindful socialization of puppies with children and positive interactions between them during the pup’s key developmental windows (for more on this, see page 10). Still, life is dynamic and learning about the world is ongoing for dogs and humans alike.

Mosey, my Border Collie, was raised with and lovingly handled by children from birth. As he grew, I made a point to continue cultivating his respectful behavior with children. Early on, he became that dog who would see a stroller in the distance and start getting the serious waggles.

However, spending time with and around children occasionally is a quite different thing than living with them from infancy, full time.

From the moment my son could crawl, if there was a dog in view, he was moving at a shockingly fast pace in that direction, drawn to the dog as if by magnetism. The speed-crawling happened at the same time his fast fingers got very grabby (a tough phase for us all), which was a worrisome combination for the otherwise kid-loving dog. Mosey’s body language screamed: “This makes me nervous!”

I knew instantly that I needed to change this interaction or it could devolve into a negative experience for both of them. Managing the situation for the safety of both of them was easy enough, but I also recognized that positively guiding this interaction would provide an avenue to help them understand and respect one another.

I asked Celia Caldwell, a licensed clinical social worker in Missoula, Montana, who has worked for decades helping both foster children and dogs find and settle into loving homes, how I should best approach this. She advised, “You have to be a neutral Switzerland and hold safe space for both sides, allowing them to come together on their own terms.”

Caldwell stressed the importance of distance and making sure they both were able to express their curiosity about one another without pressuring or worrying the other.

In past articles in WDJ, Training Editor Pat Miller has advocated for the liberal use of baby gates (to secure those neutral lands), which my huband and I employed at any time when we couldn’t actively supervise the interactions between Mosey and our son Ansel. But, given an important bit of wisdom from Caldwell, we also strived to keep relations easy and fun between both of the knee-high parties.

“Remember that there is no bad behavior here, neither one is in the wrong,” advised Caldwell. “They simply need to learn how to understand one another and that takes time. Relationships take time and patience to develop.”

So, as just one tactic to keep them safe, separate, and unhassled, as soon as I’d see my son heading toward Mosey, I’d shout, “Incoming!” and grab Mosey’s beloved Frisbee. He’d race outside, and I’d throw the flying disc for him. A typical Border Collie, it took maybe two repetitions for him to learn this new cue.

We’d sometimes play another game when Mo flew back in with his Frisbee and stood holding it in front of me. I would pick up my son who would tap the Frisbee; this would make Mosey shake his head and wave the toy wildly, which would prompt equally wild giggles from my son. This became a daily shared joy.

When my son was 9 months old, I watched him peering out the window and, to my surprise, Mosey quietly sidled up to and leaned against him and he leaned back. They sat together contentedly watching the birds, and my heart exploded.

Getting to that moment was by no means instant, but they’ve been growing closer ever since, proving the tremendous value of patience.

PAY ATTENTION TO YOUR BLIND SPOTS

Not all children are instinctually eager to jump into the canine fray, however. Just like with dogs, personalities and temperaments vary. Children with a cautious, slow-to-warm-up temperament prefer to investigate every situation carefully. These children learn through observation and may be more inclined to think through situations before they act, which can be a valuable instinct.

These children have as much potential to develop respectful, loving relationships with the four-legged members of your family as the dog-magnets, but will just require extra time and patience to get there. As their caretakers, it’s our job to pay attention and meet our child where they are and guide them through the world at their pace.

This is easier said than done. Sometimes – surprisingly often – we get in the way.

“What I stress with foster parents is the importance of leaving your ego out of it,” Caldwell told me. “You have to let the child decide how much is too much and when more is okay. And you won’t always do this perfectly. Expect to make mistakes.”

Well, I did. When we added a mixed-breed puppy to our family, we were thrilled to discover that Pip the pup loved our toddler as much as our toddler loved dogs. Pip is the ultimate Velcro dog, and he chose Ansel to be physically attached to – so cute! So sweet!

But even my dog-loving toddler had limits I needed to honor. Ansel  began to express a weariness toward the amount of physical contact that Pip wanted to have with him, and I admit that I failed to see this right away. Had I kept Ansel’s complaints in my blind spot, I may have set their relationship back. It wasn’t until he wailed in utter frustration one day, as the pup plopped on him for the third time while he was assembling his trains, that I finally realized the error in my ways and created the space my son needed.

Again, I could easily manage this situation – pop the pup in a crate with a tasty treat! – but it presented a good opportunity to build the puppy’s skills and develop mutual respect.

I mat-trained Pip, setting the mat near wherever my son was playing, so when Pip got too close, I could ask him to go to his mat, where he would sit quietly. Months of practicing this lead to the day when I heard my son say, “Go to the mat” and looked up to see the pup go lie down, giving Ansel the space he needed. By no means did I expect a small child to play this role, but I was thrilled that he had learned through my excessive repetition to communicate respectfully and that the pup was happy to comply.

Through this ongoing work, I’ve gained a deeper understanding of the human-animal bond and the capacity of species to trust and genuinely care for one another.

A Few Past WDJ Articles About Kids & Dogs

• “Kids and Dogs,” August 2019. The formula for keeping children and canines safe is simple: Parents need to be attentive, assiduous about management, and quick to separate them at the first sign of the dog’s discomfort.

• “Dogs and Children: How to Keep Them Both Safe,” March 2018.  Combining kids and dogs in your family can be magical and heartwarming, or cause a devastating tragedy. Here’s how to boost the odds of the former and prevent the latter.

• “The Puppy-Raising Challenge,” November 2017.  Managing and training a young puppy can be exhausting, even for highly experienced dog trainers. Here are tips for taking some of the pressure off.

• “Teaching Kids to Love Dogs From an Early Age,” May 2012. How to raise kids who get along well with dogs and dogs who love kids in return.

• “Selecting the Best Family Dog and Preparing Him for Children,” August 2009. Protect everyone in your family (the dog, too) by selecting a good family dog and getting him ready for kids.

• “Evidence of large genetic influences on dog ownership in the Swedish Twin Registry has implications for understanding domestication and health associations,” Scientific Reports, May 2019

• “Mat Training Tips,” Whole Dog Journal, January 2020. How a simple mat (and a little bit of training) can enhance your dog’s life – and yours, too! 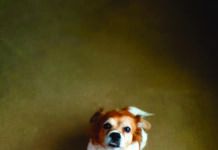 Dog Bites: What You Should Do