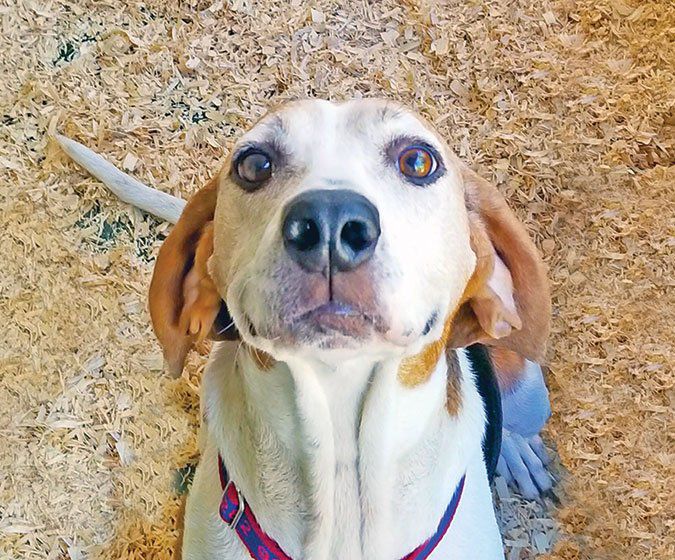 Do you use an underground electric shock fence to contain your dog? Are you considering having one installed? I hope reading this will change your mind.

More and more neighborhoods prohibit or limit the useof fencing, and as this occurs, the use of these non-visible electric shock perimeters has drastically increased. Manufacturers and retailers claim that these products are humane, effective means by which to safely confine dogs without disrupting the aesthetics of neighborhoods. Companies that sell these products generally target families who:

How Do Electric Shock Collars Work?

A non-visible electric-shock perimeter consists of three components: a cable, a transmitter, and a pronged collar.

The cable is buried beneath the ground, surrounding the area in which the dog is to be confined, or from which he is prohibited to enter. Usually, the location of the buried cable is initially marked with a series of flags inserted into the ground in a line.

The transmitter, installed near the buried cable, broadcasts radio signals that travel the length of the cable.

The dog’s tightly fitted collar contains a small radio receiver, which receives signals from the transmitter when the dog (and receiver) get within a specified distance from the buried cable. The dog’s skin completes an electrical circuit, allowing the prongs, typically half an inch or more in length, to conduct electricity. When the dog steps near, over, or beyond the buried cable, he receives an electrical shock.

How Are Dogs Trained with Shock Collars?

Traditionally, a dog is allowed to wander into (or is actually encouraged to walk into) the boundary area – the “shock zone” – in order to receive an electric shock. The unit on the dog’s collar makes a beeping sound just before the dog enters the shock zone. This is repeated until the dog clearly indicates that he doesn’t want to enter the shock zone (and thus leave the yard), often by freezing, dropping to the ground, pacing and whining, etc. The dog may also yelp, panic, or try to bite.

The handler increases the intensity of the shock if the dog does not exhibit overt avoidance-type behaviors. Eventually, the dog associates the sound of the beep with the physical sensation of the shock. The beep is now a signal that warns the dog of the impending shock, and most dogs learn to stop their forward movement when they hear the beep.

Instead of shocking the dog, some handlers walk the dog on leash near the perimeter flags, jerking him away when the beep sounds. After several repetitions, the dog may avoid the flags because, in his mind, flags and beeps cause annoying or painful leash-jerks. If the handler excludes the beep during training, she negates its function: to provide a warning to the dog.

Some handlers may use food or play to encourage their dog to remain in the safe areas of the yard. However, without some sort of painful stimuli being paired with the flags or the shock, at some point the dog is bound to attempt to leave the yard and will be shocked.

Some owners are instructed to simply put the collar on their dog and let him into the yard, allowing him to enter the “shock zone” on his own. Families are falsely assured that this will prevent the development of problematic behaviors because they’ve made no attempt to warn the dog about the shock; it occurs “naturally.”

Once the owner thinks that the dog has been successfully trained to stay in the unfenced yard, the flags are gradually removed, one or two flags at a time, until none remain.

The following are signs that a dog is experiencing harmful side effects of a non-visible electric-shock perimeter:

• Pacing back and forth along property lines

• Cowering or running from neighbors or passersby

• Hesitating or refusing to venture far from the house

• Refusing to leave the house

• Refusing to leave the yard for walks

• Excessive barking and jumping toward people or other pets, especially as they enter or exit the property

• Refusing to enter or play in certain parts of the yard

Dangerous behaviors may appear quickly, or may not appear for a year or more following initial training to the system:

• Aggressing toward people leaving by foot (examples: children getting on the school bus; owner walking to the mail box)

• Nipping or biting children, especially when playing outside

• Attacking other pets or people who are close to the dog, especially in the presence of passersby

• Attacking someone or another animal upon exiting the yard, or a person or animal who enters the yard

Many (if not most) of my training colleagues have been consulted by owners of dogs who developed serious behavior problems (such as the ones that appear in the list above) not long after a shock-collar boundary was introduced to their habitat. In many cases, the dogs’ owners were mystified. How and why did this happen?

Dogs are motivated by what works for them. They gravitate toward safety and avoid danger. Non-visible shock perimeters take advantage of the dog’s survival instinct: what lies beyond the yard harms (shocks) them, so the dogs try to protect themselves.

Many of the problematic behaviors related to these products are caused by the initial training process. Others are a result of the constant threat of being shocked, similar to a dog who, after being swatted with a newspaper several times, may become frightened of newspapers in general; if his just owner picks up or touches one the dog stops whatever he’s doing because newspapers are dangerous.

Some dogs are willing to suffer the shock to investigate something outside of their yards. Some may not even notice the shock because they are so highly aroused. These dogs may also develop unsafe behaviors. Boredom may be the culprit for dogs in the first category, and over time they may become desensitized to the shock. This does not mean that the dog has forgotten about the shock – the threat is still there, but the shock has become irrelevant in some situations.

Dogs in the second category tend to be high-energy, highly motivated working breeds, although any breed of any size or age may break through a non-visible shock perimeter, especially if highly aroused. When stress-hormones levels spike, the dog essentially “turns off” to everything else, and his body does not perceive a signal from the brain when he is shocked.

Here are other drawbacks associated with these systems:

Marketing professionals sell their clients’ products by invoking pleasant emotions about the product being presented to the consumer. To achieve this, they sometimes take liberties with facts by skewing them to achieve these ends, incorrectly redefining words like “fence” and “safe,” and taking advantage of individuals’ personal interpretations of the word “humane.”

For a better understanding of how marketing can lead well-meaning families astray, here are the actual definitions of some of the words being used to describe these products.

Fence: A barrier enclosing or bordering a field, yard, etc., usually made of posts and wire or wood, used to prevent entrance, to confine, or to mark a boundary; a means of protection.

Safe: Free from harm; not able or likely to be lost, taken away, or given away; not causing harm or injury, especially having a low incidence of adverse reactions and significant side effects when adequate instructions for use are given; having a low potential for harm under conditions of widespread availability.

Humane: Inflicting as little pain as possible, not cruel, acting in a manner that causes the least harm to people or animals.

Given the ample anecdotal and scientific evidence, it’s clear that electric-shock perimeters have detrimental effects that can cause moderate to severe behavioral and physiological problems in dogs, and also pose a threat to the communities in which they are used.

Frankly, if it’s not visible, it isn’t a fence. If something that is marketed as a protective product works by purposely inflicting pain and/or fear on the subject it’s supposed to protect, it’s neither safe nor humane.

What does this mean for dogs and their families? Simply put, a visible, physical barrier always trumps the absence of a physical barrier, especially when the product in question is so widely known to yield such an abundance of harmful side effects.

Lauri Bowen-Vaccare, owner of Believe In Dog, LLC, is a member of the Pet Professional Guild. Her specialties include reactivity, resource guarding, bringing outside dogs in, outside dogs, and transitioning to a new home. 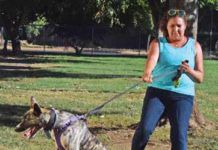 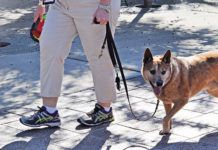