Puppies are often described as sponges due to their ability to soak up information, especially during their critical socialization period, which occurs between 3 to 12 weeks of age. To learn more about what goes on inside the puppy’s brain, we reached out to Jessica Hekman, DVM, PhD, a post-doctoral associate with the Karlsson Lab at the Broad Institute of MIT and Harvard, where she works with the genomics of canine behavior.

“When a dog learns something new, the synapses between neurons become stronger, connecting the neurons more tightly, so that information – in the form of neurotransmitters – flows between them more readily,” Hekman says. This process is part of what builds the brain’s ability to take in information and make decisions based on that information.

One difference between the brains of puppies and adult dogs is that the puppy brain initially makes lots of extra synapses to support the puppy’s ability to rapidly learn about the world. This means there are more pathways available for learning. This age-related increase in available synapses is short lived, as the brain can’t sustain so many simultaneous pathway information exchanges at once. As the early socialization window closes, weaker synapses (those with fewer learning experiences) are weeded out in a “use it or lose it” process known as “pruning.”

This is why it’s also wise to begin basic manners training as soon as possible with a young puppy. We want strong synapses related to lessons like, “Four paws on the floor brings cookies and petting,” “Running to my person when she calls my name makes her play with me,” and “Lying on this dog bed makes good things happen.” Conversely, we want synapses associated with less desirable behaviors to be weak. When pruning occurs, we’re left with brain wiring that’s better equipped to support behaviors we like and can continue to reinforce.

Hekman explains that, whereas a young puppy’s brain is constantly evaluating situations (which is exhausting), by the time the early socialization window closes, the brain is relying more on its carefully pruned garden of knowledge and can start making assumptions about situations. Ideally, this is when you’ll see a return on your investment in thoughtful socialization via a dog who doesn’t bat an eye around the tall stranger in a hat; the well-socialized puppy’s brain simply assumes it’s fine.

This is also why it’s easier to teach desired behaviors from the beginning than to un-do unwanted behaviors. When a young puppy’s synapses related to “Butt-on-floor brings good things” are stronger than synapses related to “Jump on the human to get what I want,” the brain assumes “butt-on-floor” is the way to go, and we see a puppy who eagerly offers a “sit” in anticipation of good things.

“When you are helping a puppy make good associations during his socialization period, what you are really helping him do is to prune his synapses in a way that is appropriate for the world he’s going to live in,” says Hekman. “We want him to keep a lot of connections and to have them be good ones.”

To read more from Hekman about what’s happening during socialization and early learning, look for her article, “Puppy Socialization: What happens inside the brain?” in the free e-book Growing Up FDSA: Surviving Your Dog Sports Puppy, available from Fenzi Dog Sports Academy at fenzidogsportsacademy.com. 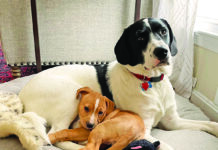 5 Tips for Introducing a New Puppy to your Dog 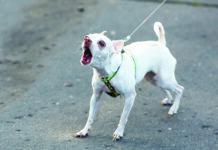 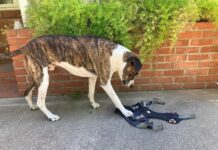 How To Use A Dog Car Harness 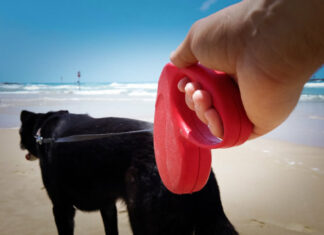 Nancy Kerns
78
I know it’s low-hanging fruit to criticize people for misuse of retractable leashes – but there are an awful lot of first-time...