Can a highly stressful environment during pregnancy affect how puppies turn out? Imagine this: A young dog goes stray and lives on urban streets for two months, in almost constant fear. Kids chase her down a street, throwing rocks at her; she is attacked by another dog; and she struggles every day to scavenge enough to eat. At last she is apprehended by an animal control officer and brought to a shelter. Here she finally gets enough to eat, but she’s still not able to relax; the shelter is full of strange smells and loud noises, her run is small, and the floor is hard. After she’s been at the shelter for a few weeks, a shelter staff member realizes that she is pregnant and due very soon. The shelter puts her on the waiting list for a foster home, knowing that puppies don’t do well when they grow up in shelters.

A few days before her puppies are born she gets into a foster home with an experienced dog owner, and her life suddenly improves tremendously. Her puppies are born small but healthy, and her new foster mom does everything right for them, exposing them to lots of positive experiences. When they are two months old, they are put up for adoption and are quickly adopted into new homes.

But a few months later, reports come back to the shelter that the puppies are all skittish and easily alarmed by new situations. The shelter staffers conclude that the problem must be with the puppies’ genetics, because their early environment was superlative. But the puppies’ tiny brains were already developing before birth, and their hormonal systems were being tuned to make them ready to face the world that their mother had been experiencing.

Such hormonal tuning may be an important survival tactic. For animals born into harsh environments full of threats, where fearfulness is justified, a highly reactive stress response is critical and may make the difference between life or death. But a highly reactive stress response is also energetically very expensive, so for animals born to gentler environments with less to fear, energy is better spent on other systems, like growth or reproduction. In such environments, extreme fearfulness may actually be a bad strategy, resulting in the loss of opportunities to find food or mates. Mammal mothers pass information to their offspring about what sort of world to expect – and they do so as early as possible, to provide maximum time for appropriate development.
When our shelter dog was harassed and hungry on the street, her stress system would have activated strongly, increasing her cortisol level. This hormone tells the different tissues in her body to prepare to deal with a threat, tamping down luxury systems like digestion and reproduction and pulling extra energy from storage.

Normally, an enzyme inactivates cortisol at the placenta, protecting the fetuses from the level of cortisol that the mother is experiencing. But when the cortisol level is extremely high, some passes through the placenta to the developing puppies. They receive the extra cortisol as information: The world is scary. We should be prepared. This message is thought to inform the puppies’ bodies about what to expect from life, and allows them to develop an appropriately tuned stress system and metabolism.

The effects on babies who were born to mothers who experienced psychological stress have been well studied in laboratory rodents. When pregnant rats are subjected to acute stressors (such as restraint in a clear plastic tube for an hour a day), their offspring grow up to be less resilient to stress themselves.

Rats normally avoid open areas where predators can find them, and this preference is even more pronounced in rats who were stressed prenatally.

Moreover, the rats who were born to the stressed mothers possess stress systems that are more reactive than average; their cortisol levels increase more in response to stress and take longer to decrease than do the cortisol levels of rats born to mothers who were not deliberately stressed. Essentially, these fearful rats have a stress system that is tuned higher, as if they are prepared for stressful events that never come.

This effect has been observed in humans as well, most famously in the Netherlands after a winter of famine at the end of World War II.

The effect of the intra-uterine environment hasn’t been studied in dogs, but there is no reason to think that it works any differently in dogs than in humans or rodents. We have to assume that canine mothers also pass along information about their environment to their pups in utero. And sometimes that information is wrong, predicting a life of stress and hardship when the puppy instead ends up loved and coddled. Such a puppy would be tuned to react strongly to stressors. This programming could save an animal’s life if she lived on the streets, but it’s less appropriate for life as a pet – and it could result in an anxious or fearful dog.

How often does this happen? We don’t yet understand all the things that affect a dog’s adult behavior, and research studies to piece out the different mechanisms are hard to do without subjecting dogs to aversive situations. So it’s impossible to say, but I don’t think it’s that unusual.

We can take preventive measures, though; we can do our best to make sure that mom’s environment while she’s pregnant predicts the environment in which her puppies will be raised. So, avoiding extreme stressors in pregnant dogs is a good idea.

Normal life stressors, including going to the veterinarian for checkups, are probably just fine; after all, this is the sort of thing the puppies are going to encounter in their own lives. A shelter situation, however, is probably something to avoid for a pregnant dog. Many shelters do an excellent job of getting moms and newborn puppies into foster care, and could extend that protocol to pregnant dogs before they give birth. It may also be a bad idea to transport pregnant dogs long distances, such as shipping pregnant females overseas.

We don’t know how strong the effect of the intra-uterine environment is, but if we are going to work so hard to properly socialize puppies after birth, why not before birth as well?

Too Late to Avoid Stressors?

What if you don’t know anything about the environment that was experienced by the mother of the puppy you are thinking about adopting? Should you pass on that pup? No! That would rule out far too many (if not most) adoptions. Go ahead and adopt – but make a point to provide the growing youngster with as many positive social interactions and as much low-stress, safe exposure to the world as you can. Keep in mind that your pup may have this unseen impediment to developing normal confidence, and take it upon yourself to “super-socialize” him, just in case.

By the time most people adopt puppies, there are only a few weeks left in the ideal period in which to socialize them, so you may not be able to entirely make up for any deficits. You can, however, be alert to signs that your pup is going through a “fear period” (which can happen multiple times throughout his puppyhood). Make extra efforts to protect him from overwhelmingly scary experiences and address his fears with behavior modification during those times. And seek the assistance of a qualified positive behavior professional sooner rather than later if you notice unusual fear or reactivity in your adoptee.

Finally, keep in mind that shelters are always looking for competent foster homes. Fostering a pregnant dog allows you to help contribute to building the solid temperaments of her puppies! 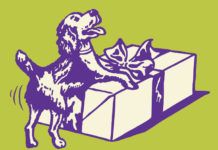 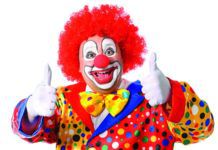 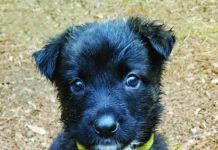