We dog-affiliated humans are on an eternal search for the Holy Grail: a training tool that will teach a dog to walk politely on leash. Each year, one or two new products appear on the market claiming to have found the elusive answer. This year is no exception. We found two that offered concepts that are significantly new, different, and worth reviewing. One we love. One we don’t.

For the most part, new leash-walking products disappoint, promising far more than they can deliver. This is largely due to the misleading impression presented by promotional materials that the product itself teaches the dog to walk politely.

In fact, most of the “no-pull” products do provide varying degrees of leverage against the dog’s pulling strength. They don’t, however, train the dog all by themselves; they provide a window of opportunity for the human to train the dog to walk nicely. If the handler fails to take advantage of the training opportunity, many dogs learn to pull through or ignore some products’ anti-pull features. With some products, absent training, the tool can be used to manage polite leash walking, but if the dog is returned to a flat collar, the pulling likely resumes.

The best leash-walking products are effective in helping the owner train the dog not to pull (that is, they provide a large enough window of opportunity for the owner to successfully train the desired walking behavior), minimally aversive to the dog, easy to use, well-made, and affordable. (We put price last, since most owners of leash-pulling dogs would pay almost anything for a product that really helps them!)

Generally, the owner’s goal is to eventually transition the dog to polite walking on a flat collar. In some cases, however, canine and human are both perfectly happy using the extra equipment to achieve an easy walk around the block. For the dog and owner whose walking needs are happily met by the equipment, there is nothing wrong with continuing to use a leash-walking product as a management tool.

Formerly, our sole selection
Our favorite aide to polite leash-walking has long been the head halter, also known as the head collar, with the Gentle Leader our top brand choice. (See “Head Halters, Right and Wrong” in the June 2000 issue for a complete review of available halters and information on how to best utilize them.)

Generally, a halter (and the Gentle Leader, specifically) operates in two ways. First, because it is positioned on the dog’s head similar to a horse’s halter, when the dog pulls on leash, pressure is applied to the back of his neck and the bridge of his nose, rather than his throat. This definitely reduces the dog’s inclination to romp and pull.

Second, because the leash attaches under the dog’s muzzle, the pressure also turns the dog’s head back toward his handler, interrupting his visual contact with whatever may be exciting him, and reorienting him to his handler. The person then has the opportunity to “mark” (with the Click! of a clicker, the word “Yes!” or other reliably reproduced signal) and reinforce (reward) that desirable behavior, which enhances the training aspect of the tool.

Halters are an effective and humane tool for many dogs who are otherwise difficult to control on leash, but they are not a panacea for all dogs who frustrate their owners when on leash. Some dogs resist their halters, sometimes violently, even when a gradual shaping process is used to acclimate the dog to the feel of the straps and pressure on her face. For dogs who resist all attempts at acclimation, a halter is a very aversive tool, and should not be used.

Head halters can also be challenging to put on, especially with a very active dog and when the owner has limited mobility. (People with limited mobility are often among those who can most benefit from a tool that will assist with leash walking.)

In contrast, for dogs who accept them, halters can be a highly effective leash-walking product, either as a transition tool to polite leash walking, or as a long-term management solution. A handler who is committed to training and eventually weaning the dog from a halter can do so. The halter’s ability to reorient a dog back to her owner provides excellent training opportunities. The ability to control the dog’s head also makes it a very useful tool for management and modification of aggressive behavior.

Our new favorite
I was pleasantly surprised – thrilled, actually – by the newest entry onto the no-pull product scene. Like the Gentle Leader halter, the SENSE-ation Harness works on the restraint/reorientation principle – the physical ability of the product to turn the dog back toward the handler.

It is also surprisingly simple to use; the harness slips over the dog’s head and buckles under his chest – he doesn’t even have to step into it. The leash attaches to a ring at the front of the dog’s chest, which allows for the reorienting effect. The side straps are attached lower than on most regular dog harnesses, so, if the dog pulls, the pressure against his shoulders helps to reorient him to the handler.

Unlike halters, the SENSE-ation Harness does not trigger immediate resistance from most dogs. In fact, resistance to the harness appears to be virtually nonexistent. Every dog I have used it on has accepted it immediately; I haven’t needed to acclimate any dog to its use.

My first test subject was a humane society ward, a large, intact male Doberman with an unknown history. He was presented to me as a demonstration dog at a seminar, wearing a flat collar and dragging his handler around the grounds. Even though I had braced myself, when I took the leash I was promptly pulled off balance. When I put the SENSE-ation Harness on him I could immediately control the big, strong dog with one hand. I have had the same effect with every dog with whom I have used the harness.

The SENSE-ation Harness can be used with good results either as a transition tool while training polite leash walking, or as a long-term management solution. It does not reorient a dog to his handler as dramatically as a head halter can, but it can accomplish this effectively without noticeable resistance from the dog. It does not, however, control the dog’s head, which makes it a less useful tool than the head halter for modification of aggressive behavior.

Fitting the harness can be a little tricky – it tends to gap in front when the dog pulls unless the side straps are very snug. I suggest lining the straps under the armpits with a soft material to avoid chafing. The nylon material and hardware seems to be of high-quality, and the maker offers a good range of sizes. I’d like to see a wider selection of colors, but that’s quibbling.

Another average product
The other new no-pull product we tested was more like the average no-pull device – that is, depending strictly on restraining the dog in a way that provides a physical advantage to the handler. The BonaFido Training/Restraining Leash consists of a round nylon rope that loops around the dog’s chest behind the shoulders and attaches to the flat collar. When the dog pulls, the leash tightens around his body. When he stops pulling, the pressure around his barrel eases.

The restraint principle is the same as that used for most other no-pull harnesses (SENSE-ation harness excepted) such as the Sporn Halter (actually a harness, not a halter) previously reviewed by WDJ (see “No Miracle Products,” April 2001). The BonaFido has the advantage of being much simpler than its predecessors – no complicated straps or lines to loop over and through various canine body parts, so it’s easy to put on the dog – and for that, we liked it. Also, dogs accepted it without resistance, and it worked reasonably well with medium-strength pullers.

However, the BonaFido was less effective with strong pullers, and the attractive, round nylon rope slips through your hands when used with especially strong-pulling dogs (and isn’t that what it’s designed for?). The loop handle is virtually useless without a product they call the “SoftHandle” (sold separately), so the manufacturer might as well build that feature (and the price) into the basic model. (The “SoftHandle” is actually made by another company and is called the “Master Grrrip.”)

While the handle makes it possible to hold the BonaFido without pain, we found it bulky and cumbersome to hold, especially at the same time as a clicker, treats, and other training tools. Finally, in our tests, the body loop has a tendency to slip back from its intended position immediately behind the dog’s elbows, which reduces the effectiveness of the product’s action. We think the concept has promise, but the execution needs some work.

On the plus side, the material seems to be of good quality, and the hardware appears adequate. The product is available in a nice selection of sizes and colors.

Pat Miller, WDJ’s Training Editor, is a Certified Pet Dog Trainer, and president of the Board of Directors of the Association of Pet Dog Trainers. She is also the author of The Power of Positive Dog Training,and the just-released book Positive Perspectives: Love Your Dog, Train Your Dog. 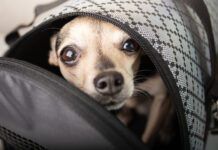 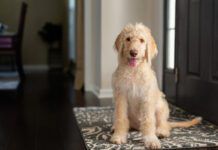 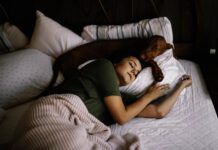