Dog whistles have long been used for dog training. Working retrievers and herding dogs are often trained to respond to whistle cues because the sound of a whistle carries farther than the human voice and can be easier to hear in inclement weather – even the sound of a so-called “silent whistle.” How can that be?

The sound carries so far because the silent whistle, also known as a dog whistle or “Galton’s Whistle,” isn’t silent at all; it’s just that humans can’t hear it. Invented in 1876 by Sir Francis Galton as a tool to help test the upper limits of audible sound on humans, the dog whistle emits a sound measuring about 35,000 Hz, well beyond the average range of 20 to 20,000 Hz that is detectable by the human ear.

Do dog whistles hurt dogs’ ears? For most dogs, a 35,000 Hz dog whistle will be perfectly audible; dogs can hear high-pitched sounds up to 65,000 Hz. Researchers suggest the ability to hear higher frequencies stems from the modern dog’s ancestors’ need to hear the high-pitched squeaks of their prey, including mice and other rodents. Plus, a dog’s ear has 18 muscles (compared to six in a human ear) and a longer ear canal, giving them the ability to tilt and twitch their way to fine-tuning the sounds that interest them.

Keep in mind that, initially, the sound of any whistle is just noise. While the first few blasts may cause your dog to come to you, that’s just curiosity, not a magical magnetic pull. It’s up to you to make the sound meaningful to your dog.

The high-pitched sound of a dog whistle can be distressing to some dogs. Research suggests using a high-pitched whistle won’t hurt your dog – unless you blow it too close to her ear – but something can be distressing without causing physical pain. If your dog looks uncomfortable when you blow the whistle, try another one. Acme Whistles makes a wide variety of dog-training whistles.

Many “silent” dog whistles are adjustable, so be sure to read the instructions and adjust the whistle to the pitch that quickly orients your dog to you. You can also purchase a fixed-pitch whistle, such as the Acme 211.5 whistle commonly used by retriever trainers. Pay attention to your dog’s body language. You want to see eager curiosity, not concern.

HOW TO USE A DOG WHISTLE TO TRAIN YOUR DOG

If your dog is comfortable with the whistle, decide what blast pattern you want to use as a cue for which behavior. For example, you may want your recall cue to be three short toots on the whistle. Give the new recall cue (three short toots), and, if your dog looks at and/or comes toward you, immediately mark the behavior with the click of a clicker or a verbal marker such as the word “Yes!” and give your dog a couple of high-value treats.

If you give your new cue and your dog doesn’t immediately turn or come toward you, follow the new cue with your previous cue for the same behavior and reward him when he comes to you. (So, three toots, pause for a second or two, give your old cue, mark the behavior, and deliver treats.) Soon, your dog should realize that the three toots will be followed by his old recall cue and, in anticipation, he should begin turning and coming toward you as soon as he hears the new cue. At that point, you can stop using the old cue after the new one. 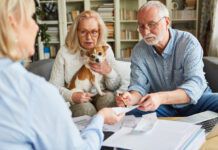 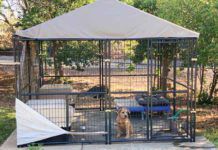