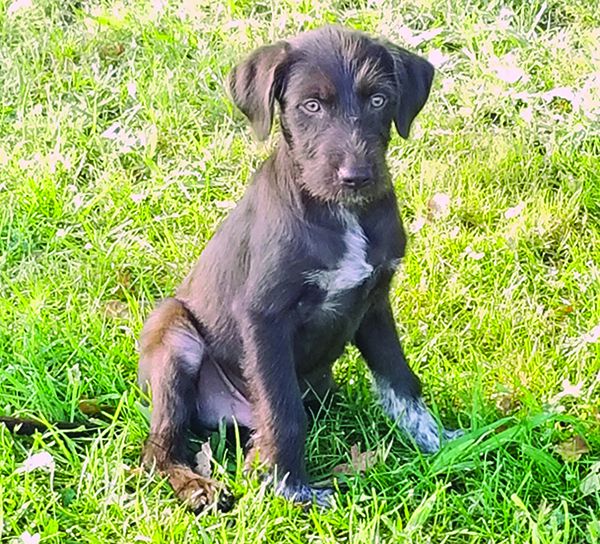 Early last year, one of my friends fostered a young dog through a long recovery from an extensive surgery. The dog had been hit by a car and surrendered her to our local shelter; they were going to amputate her broken leg, but a rescue group raised funds for a surgical repair instead. They placed her with a foster care provider – where she broke the leg again.

The rescue raised more money and paid for another, more extensive surgery. This time, they looked for someone with experience at caring for a convalescent dog. Having seen her own dog through two surgeries, my friend volunteered. For two months, she kept the dog on a leash. She used food puzzles, food-dispensing toys, “brain games,” and enrichment to keep the active, playful dog calm. Then the dog was placed in an adoptive home, but needed one more surgery to remove some of the hardware that was holding her leg together. All told, the dog was in pain (or at least discomfort) and not allowed off-leash for about 10 months. And she has a permanent limp!

My friend and I both thought that it would have been kinder to the dog if her leg had been amputated. She was only about 5 months old when her leg was broken; she could have recovered from surgery in a few weeks! Instead, she spent practically her whole adolescence on a leash or in a crate!

PUT TO THE TEST

So when, just weeks later, a different rescue group was looking for a foster provider with a puppy who had been found in a ditch with a crippled leg, I volunteered, and not just because he was crazy adorable – a little brown muppet with a fuzzy face. I hoped to advocate for the puppy to receive more responsible treatment choices than those that had been made on behalf of my friend’s foster dog. I made a veterinary appointment and arranged to meet the rescue group leader (and the puppy) there. I’d take the pup home with me after the appointment.

The vet was grim-faced when she came out of the clinic to show the pup’s x-rays to the rescue group leader and me. The puppy’s hock joint looked a cigarette that had been extinguished under someone’s shoe – crushed and twisted. Worse, the vet thought it had happened weeks prior; in her opinion, the injury was too old to repair. She recommended amputation.

“What if we brought him to Davis?” the rescue group leader asked, referencing a veterinary college not far away. “Could we consult an orthopedic specialist? He’s such a handsome puppy! I hate to cut off his leg if there’s hope!” The veterinarian shook her head. “I mean, you could,” she said reluctantly. “But it would take multiple surgeries to sort all that out – and he’d have to be kept quiet for months. And even then, it could all fail, and he’d have to lose the leg anyway…”

The rescue group leader had also met that dog my friend had fostered. I said, “Remember everything she went through? Months of being in a crate – and three expensive surgeries? If we amputate, he’ll be ready to go to a new home in a month!” I felt like I needed to be the strong voice, advocating for getting the puppy some relief and into a home as soon as possible.

Tearfully, the rescue group leader agreed, but the soonest available surgery date was 10 days away; this happened during the pandemic and the vet’s office had just started seeing a full schedule of patients again. I used a confident tone, trying to reassure her that this was the right thing to do. “Don’t worry!” I told her. “I’ll keep him quiet, bring him back for surgery, get him through recovery, and by the end of the month, he’ll be ready to go to his new home!”

Once I got the little guy home, I introduced him to my dogs. Like all my foster puppies, he was magnetized by “fun uncle” Woody, my 5-year-old pit/Lab-mix. He attached himself to the big, amiable dog, and they played, ate, and slept together. I controlled his activity by keeping Woody under control.

Here’s the thing: The more time I spent with the pup, the worse I felt about amputating his leg. He did use it a little, mostly for balance on turns. He didn’t put much weight on it, and when he did, it tended to bend in sickening, wrong ways that had to hurt, even with the pain medication the vet had given us. But he did use it – and I found myself wavering. Could the crushed joint be fused, since repairing it seemed impossible?

Another talk with the veterinarian firmed up my wobbly resolve. “You’re talking about thousands of dollars and months of time – and even if it works, that joint will be arthritic. Or the whole thing might fail and he will still need amputation,” she told me.

Long story short: A family fell for his adorable face on the rescue group’s Facebook page, and they came to meet him while we waited for his vet appointment. They named him Diesel and agreed to adopt him as soon as he recovered. On surgery day, I cried when I dropped him off at the vet’s office (masks and sunglasses are really helpful in this situation) – but he looked as cheerful as ever when I picked him up that evening. While it is always upsetting to see a large surgical incision on a dog, he didn’t pay any attention to it. Perhaps because he hadn’t been able to put much weight on that leg for quite some time, he didn’t seem to miss it at all. Diesel’s new family took possession of him a week after surgery. He’s a normal, mischievous pup who gets into all the regular puppy trouble, and they love him.

I can say from experience: Making the amputation decision for your dog’s health is the hardest part. While you may grieve for the loss of your dog’s normal appearance, I can assure you that your dog will not. The pain-free time you spend together after recovery will more than make up for the angst you felt beforehand. 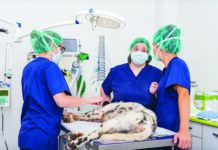 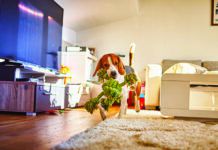 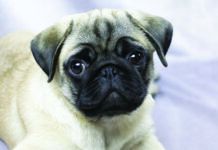